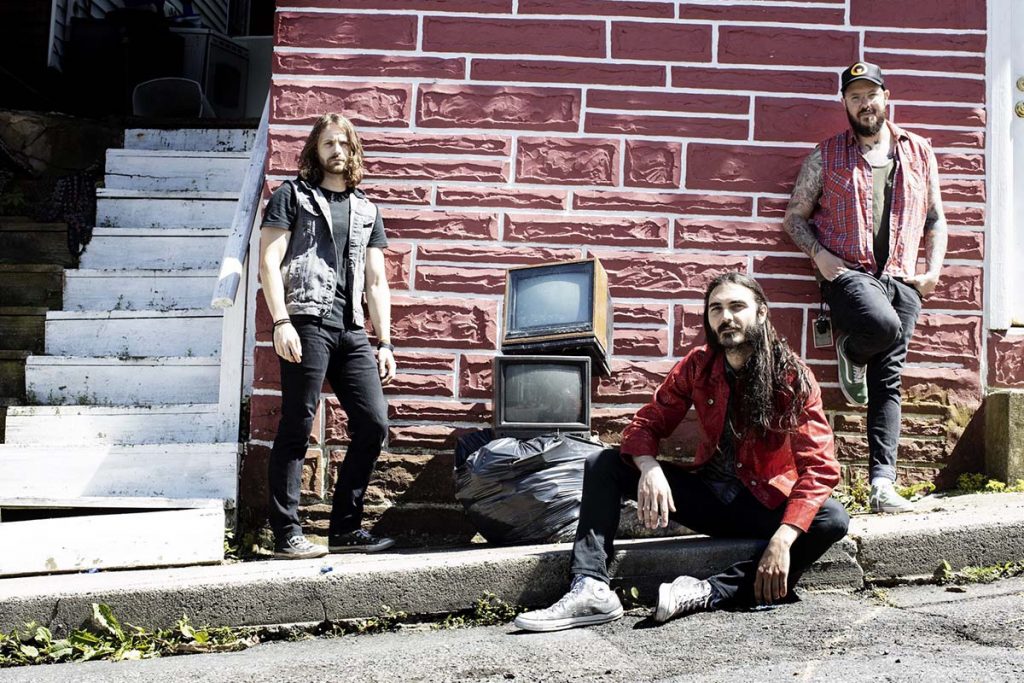 Pottsville, Pennsylvania based hard rock band Crobot unveil a cover version of the Christmas classic »What Child Is This?« from the Mascot Records’ »Christmas Rocks« EP. The song is out now on all streaming platforms.

Guitarist Chris Bishop comments: “With such a rippin’ roster of awesome bands, Mascot has brought us all together to help put you in the Christmas spirit! So put a bow on it and slide it under the tree! Santa, we won’t forget to leave some riffs next to your cookies. Merry Riffmas, Beardos!”

Crobot recently released a music video for the track »Burn« from their latest album, »Motherbrain«.

“Well Beardos…if life gives you flames, you light the biggest bonfire the world has ever seen…and when Mascot asks you to make a video for »Burn«, you call up some aliens to help show the universe how to get down!
No dragons were harmed in the filming of this music video,” says the band.

Sounding like a relic of an era when fuzz-drenched hard rock was delivered with greasy swagger and reckless abandon, Crobot were formed in 2012 by guitarist Chris Bishop and singer Brandon Yeagley. From their home base of Pottsville, Pennsylvania, the pair self-released an EP, »The Legend Of Spaceborne Killer«, before solidifying their lineup with brothers Jake and Paul Figueroa, who handle bass and drums, respectively. Crobot set about refining their crunchy, riff-driven sound, and in 2013 they signed to Wind-Up Records, which released the quartet’s groove-heavy, self-titled EP in 2014, followed in October of that year by their debut studio long-player »Something Supernatural«. Their second full-length, »Welcome To Fat City«, was released in 2016 on Nuclear Blast.

Following its release, original lineup members Jake and Paul Figueroa departed the group, replaced in mid-2017 by bassist James Alexander Lascu and drummer Dan Ryan. Led by a darker thematic focus, the group’s content began to shift away from the fictional and metaphorical lyricism of their earlier material, with studio sessions resulting in grittier, reality-driven narratives. Crobot’s third studio album, the first to feature the new bandmates, was teased with a bleak trailer in November of 2017 under the title »Rat Child«. In early 2019, this title was scrapped in favor of »Motherbrain« and released in August later that year on Mascot Label Group.