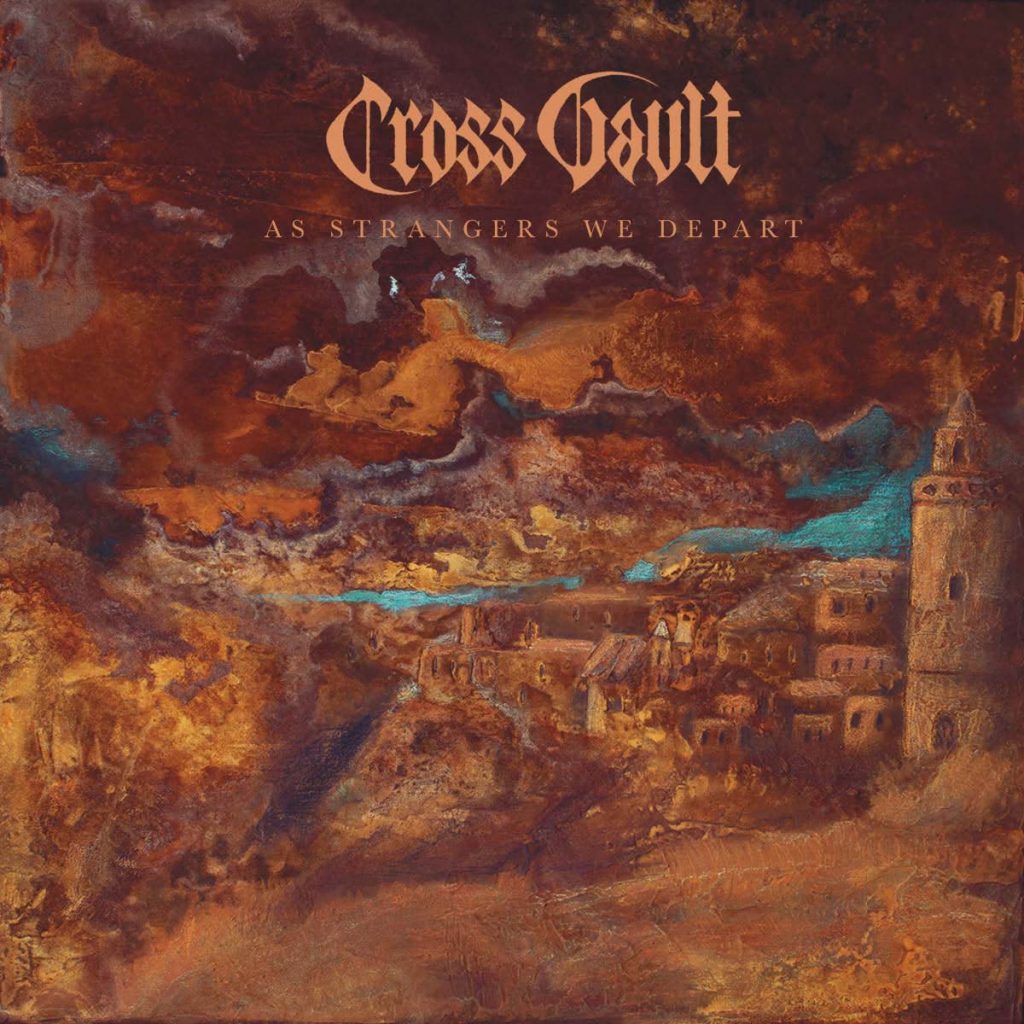 Mainz, Germany based classic doom metal band Cross Vault has unveiled the second single »The Unknown Rewinds« taken from their third full-length album, »As Strangers We Depart«, set to release on May 28, 2021 via Iron Bonehead Productions.

The band comments: “Dedicated to the memoir of Carlo Lévi, who gave his voice to the voiceless. A man who stood up for his beliefs and was, as a consequence of that, exiled to the silent wastes of Lucania in 1935. A region of age-old stillness, hill towns and ravines – where not even Christ dared to venture.
This song is about the eternal human irrationality (history has proven), which we need to acknowledge but always be vigilant against.”

After five long years, Cross Vault have announced their new album »As Strangers We Depart«, which will be released on May 28, 2021 via Iron Bonehead Productions (CD/LP).

»As Strangers We Depart« consists of seven songs revolving around the struggle of opposing forces, the detaching from the world of appearances, its shallow ideas and the realization of self. An ode to the beauty of transience and the sentiments of a wistful but serene melancholy. This album is dedicated to a home that never was.