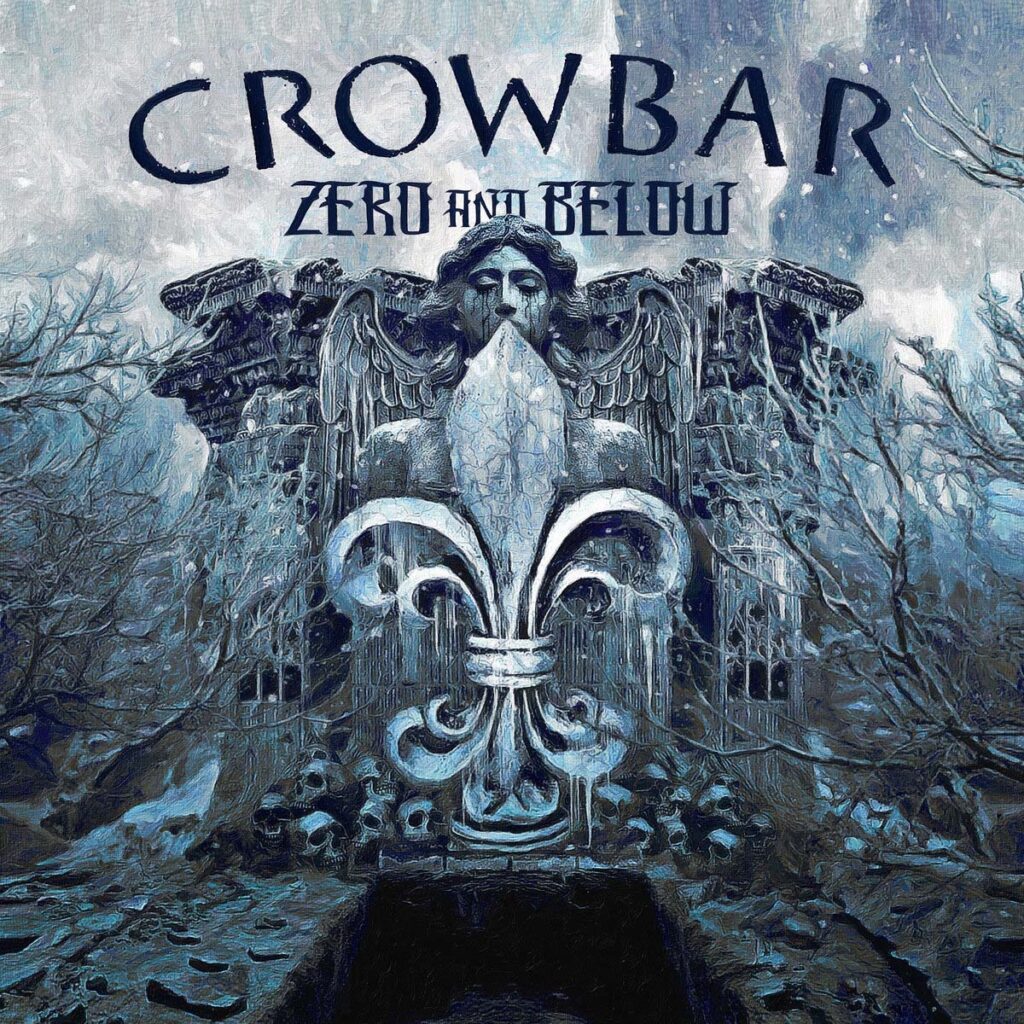 Watch a music video for the first single »Chemical Godz« below!

Crowbar songs are unapologetic emotional outpourings, with a bare-knuckle resolve alongside its soul-searching vulnerability, reliably delivered with crushing heaviness. »Zero And Below«, which cements the band’s dense catalog exactly one dozen studio albums deep, is the most unforgivably doomy Crowbar record since their 1998 landmark effort, »Odd Fellows Rest«.

Produced, mixed, and mastered by Duane Simoneaux at OCD Recording And Production in Metairie, Louisiana, »Zero And Below« is reverently old-school, counterbalanced by a resonant melodicism that’s stunningly mature. Songs like »Chemical Godz«, »Bleeding From Every Hole« and »It’s Always Worth The Gain« demonstrate what Crowbar does better than any other band: powerful, evocative, and crushingly heavy music. Celebrating a recent 30th anniversary, Crowbar is led by one of the most beloved figures in heavy metal, riff overlord Kirk Windstein, whose menacing bellow and smooth drawl put resilient, unrepentant strength behind even the most somber odes to suffering.

Comments Windstein of first single, »Chemical Godz«, “We are all so excited to release the song and video for »Chemical Godz«! It’s been nearly two years since the album was completed. It was such a sad time for so many people going through the Covid-19 epidemic and we felt it wasn’t a good time to release any new material. Get ready because the heavy is coming! We hope y’all enjoy the song and video. Stay safe out there!”

“With a galloping groove and raspy howls from Windstein, »Chemical Godz« resides on the heavier and more upbeat side of Crowbar’s mucky sound, but lyrically, this is some bleak stuff…” 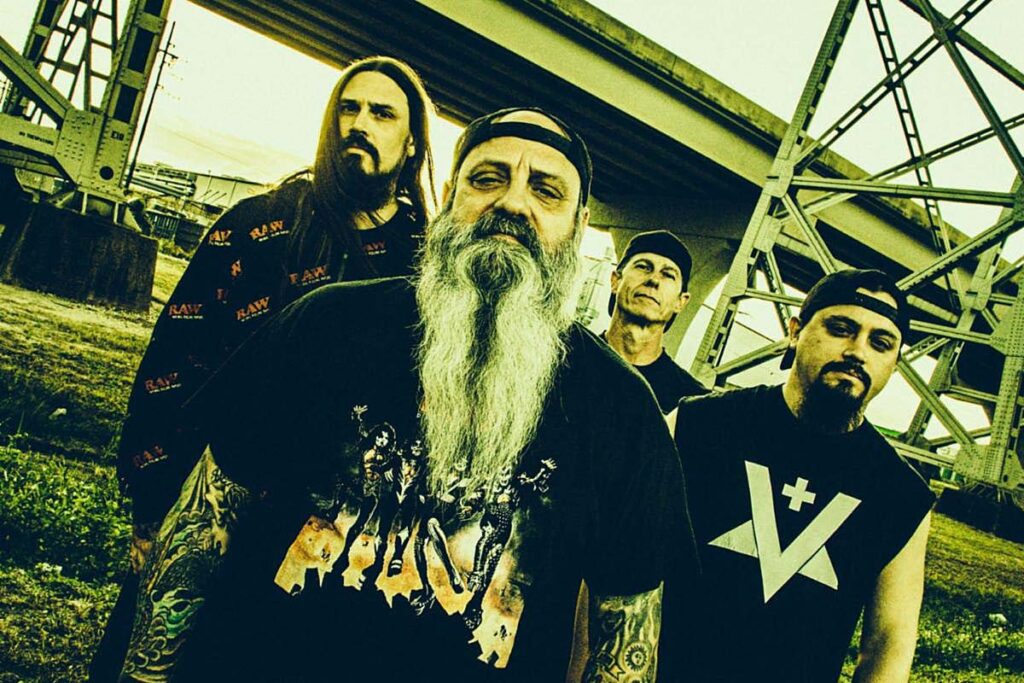 »Zero And Below« will be available on CD, LP, cassette, and digitally. Find preorders at THIS LOCATION.

The moment you hear it, you know it’s Crowbar. Praised by Pitchfork, VICE, and Metal Hammer… Twice immortalized by MTV’s Beavis And Butt-Head… The group is worshipped by the heartbroken and downtrodden – those who exorcise their demons in smoke-covered riffs of mournful devastation. A genuine band’s band, with a wide-ranging influence across multiple genres, Crowbar “helped draw up the sludge metal blueprints” (Kerrang!).

»Obedience Thru Suffering« (1991) set the tone when the band emerged from the same fertile New Orleans ground responsible for several influential bands. Windstein’s childhood friend Philip Anselmo produced »Crowbar« (1993). With signature anthems »All I Had (I Gave)«, »Existence Is Punishment« and »I Have Failed«, it was the soundtrack to a bleak depression with seemingly endless depths.

Down made »Down II: A Bustle In Your Hedgerow« (2002) before the emergence of Crowbar’s consistently killer »Lifesblood For The Downtrodden« (2005). Windstein released two well-received albums with Hatebreed’s Jamey Jasta under the Kingdom Of Sorrow moniker before Crowbar returned with »Sever The Wicked Hand« (2011), released precisely six years after its predecessor. “The band’s ninth full-length is every bit the monster it should be and easily stands alongside their best work,” declared Kerrang!. “Sever… rolls forty years of metal and hard rock into a big joint and smokes it all,” wrote Alternative Press. 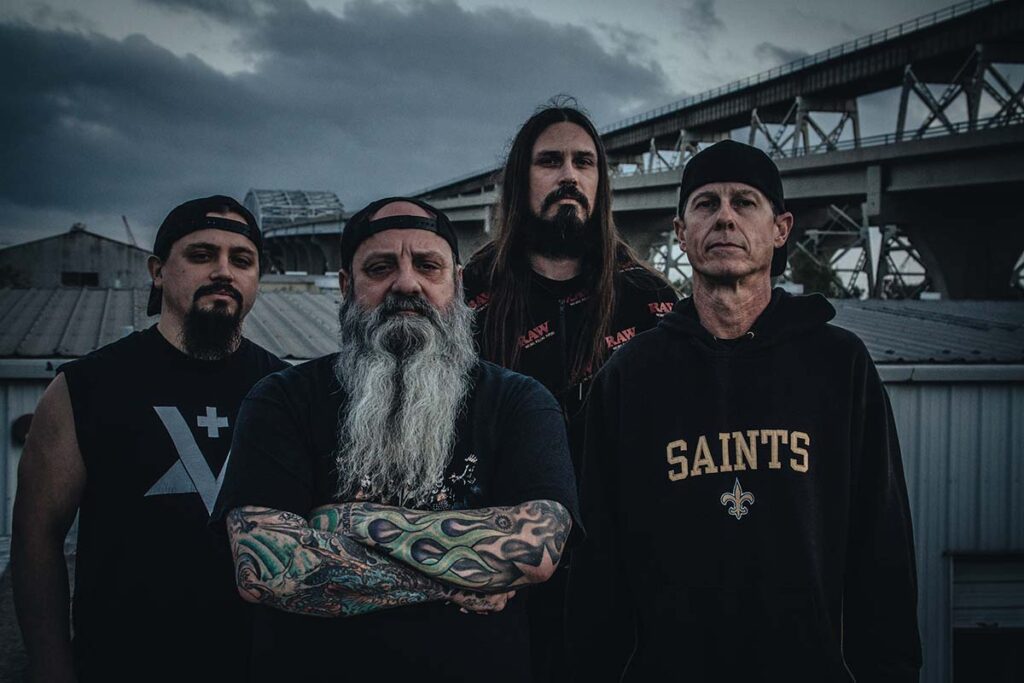 »Sever The Wicked Hand« also introduced guitarist Matt Brunson and drummer Tommy Buckley to the Crowbar faithful. »Symmetry In Black« (2014) began a partnership with producer Duane Simoneaux. Rolling Stone named it one of the 20 Best Metal Albums Of 2014 and Pitchfork praised the album’s “chunky sludge riffs, thrash breaks, bluesy leads, and Windstein giving his inner demons room to frolic… Their status as genre forebearers shines through via Symmetry’s crunchy production.”

»The Serpent Only Lies« (2016) was similarly well-received, with a noticeable evolution in Crowbar’s worldview. “The theme of struggle still looms large in Crowbar’s work,” observed Rolling Stone. “But on the band’s new LP – »The Serpent Only Lies« – Windstein is singing from a place of resiliency rather than despair. In line with other strong recent Crowbar efforts, the album transcends any one heavy-rock subgenre, ranging from weighty post–Black Sabbath grooves to headlong Motörhead-style anthems [and] Crowbar’s own signature blend of towering riffage and mournful melody.”

In 2020, Crowbar’s wielder of the sludge sledgehammer and unmistakable earthmoving bellow indulged his mellower and more AOR-loving side with a debut solo album, »Dream In Motion«. The Dark Lord of the Southern Riff stretched his creative wings with new emotional depth and sonic texture that strengthened, rather than tarnished, the metal monolith’s career legacy. Windstein made the solo album between tours and holidays over two years. By contrast, Crowbar’s twelfth album was handled the more traditional way, with the band (now officially including bassist Shane Wesley) getting together to hammer out the new songs. Each of them contributed as songwriters before going back in the studio with Simoneaux to commit »Zero And Below«’s ten crushing tracks to history.

Crowbar works their heavy magic all over again on »Zero And Below«. As long-running European tastemaker publication Metal Hammer once astutely observed, Crowbar “exist in a genre of one.”