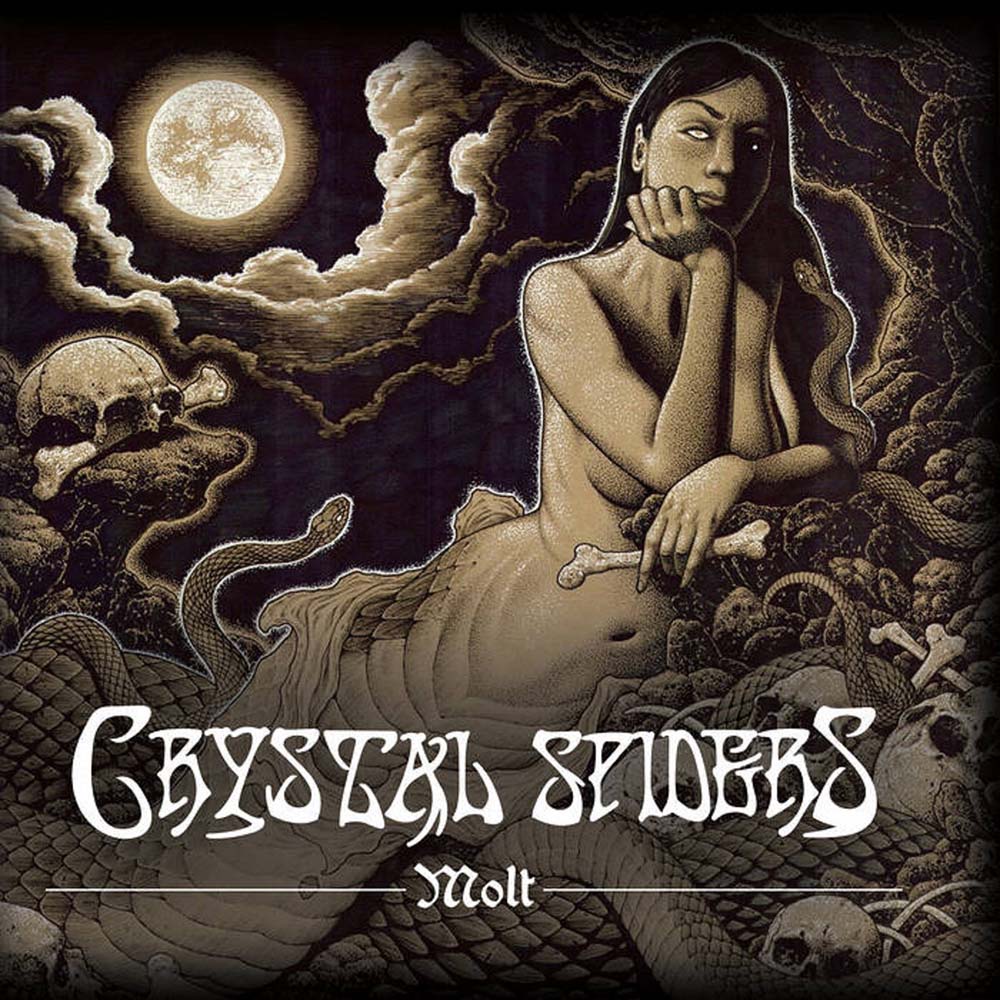 Raleigh, North Carolina based doom metal duo Crystal Spiders unleash a lyric video for the third single »Fog« from their debut album, »Molt«, out on September 25th, 2020 via Ripple Music.

It didn’t take long for North Carolina’s Crystal Spiders to draw attention. The early poise of their self-recorded 2019 demo earned the doomy psych band a spot on The Obelisk’s top short releases of 2019, and caught the attention of Ripple Music head honcho Todd Severin, who decided to put out their LP before he even heard the mixes. Only a year after recording their three-song demo and debuting to a hometown crowd in downtown Raleigh, the band helmed by bassist Brenna Leath and drummer Tradd Yancey will release their full-length debut »Molt« via Ripple Music.

This rebuff of genre conventions has been a steady current in past and concurrent projects. Leath’s affection for classic metal and hard rock is as apparent in her charged rock’n’roll outfit The Hell No as it is in her doomy proto-metal band, Lightning Born, and Yancey lends a heavy swing to the psych-seared doom crew Doomsday Profit. For »Molt«, Crystal Spiders pulls elements from across genres to create an album that traces the band’s full spectrum. Early songs like »Tigerlily« and »Trapped« find new complements in brand-new cuts like »Chronic Sick« and the title track. With a production assist from Mike Dean – Corrosion Of Conformity bassist and Leath’s bandmate in fellow Ripplers Lightning Born – »Molt« finds them at their most powerful. 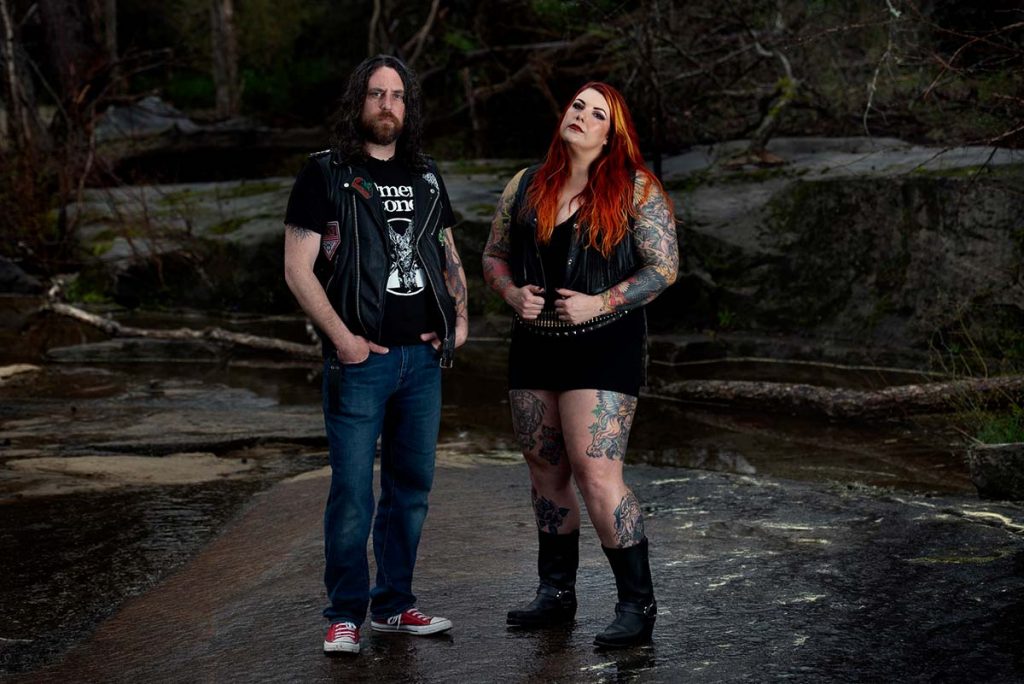 Following a year of consistent gigging and short runs alongside The Well and Omen Stones, Crystal Spiders are looking to up the ante with confirmed appearances at Raleigh Deathfest and the Maryland Doom Fest, as well as ranging further along the East Coast and into the western US. Riding the momentum of their first year of shows and the strength of a potent debut, it’s a safe bet that they will soon take space in the minds of fuzz-addicted legions far and wide. Debut album »Molt« is coming out on September 25th, 2020 through Ripple Music.