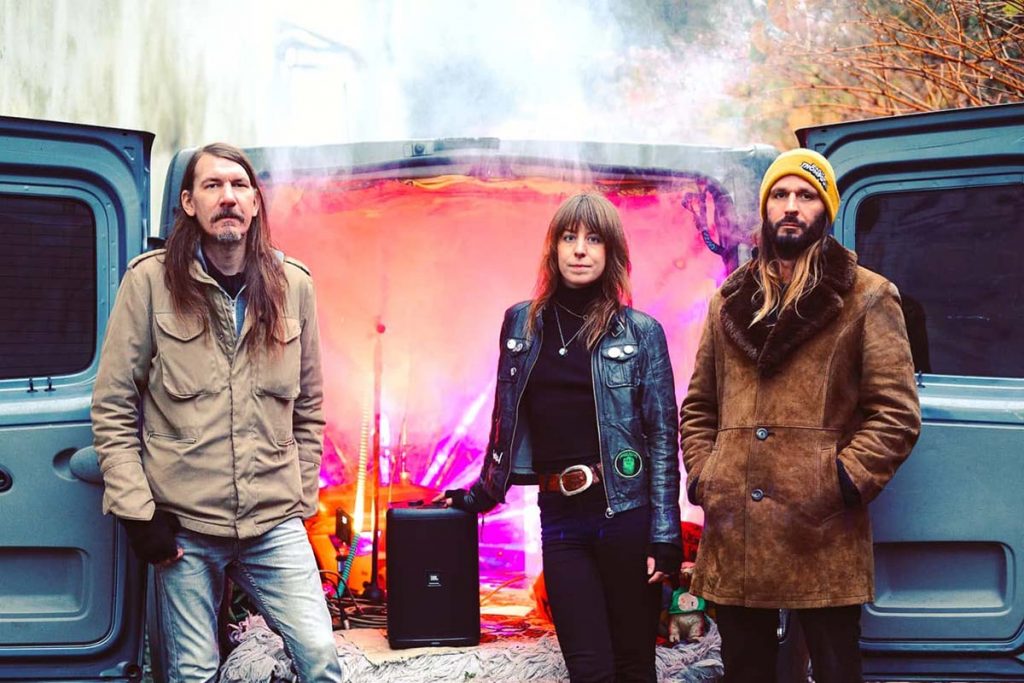 Dortmund, Germany based psychedelic fuzz rockers Daily Thompson releases a music video for new acoustic version of »River Of A Ghost« taken from their latest album, »Oumuamua«, which dropped on August 21st, 2020 via Noisolution.

Says the band: “New week, new video 😉 In cooperation with JBL Professional and gigmit we tested the JBL EON One Compact, a portable PA and we thought why not creating a whole music video!
So we recorded a new version of the song »River Of A Ghost« and filmed it during our video session for JBL, the »Jam In Our Van« video will follow soon.”