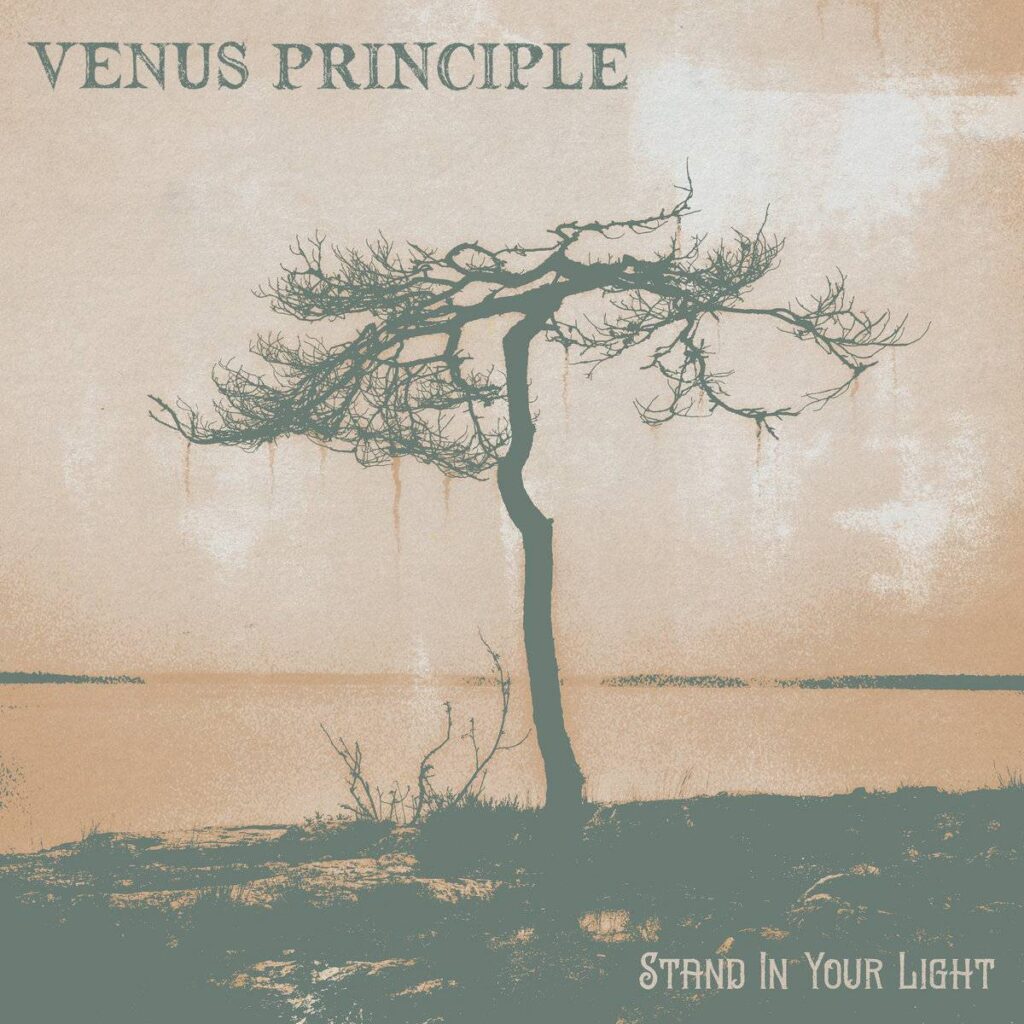 British-Swedish dark psychedelic rock collective Venus Principle presents their debut album, »Stand In Your Light«, which was released this Friday, May 27th, 2022 via Prophecy Productions.

We present you »Drag Nets«, the third and final single from »Stand In Your Light«, British-Swedish psychedelic rock sextet Venus Principle’s upcoming debut full-length, which will be out on May 27.

»Drag Nets« was the last song written for the album and turned out to be the heaviest one by far.

Order your copy of »Stand In Your Light« at this location!

»Stand In Your Light« is a work of love. Passion drips out of every note from the bitter-sweet honeycomb of solemn melodies that Venus Principle have created for their debut album. Although this is the first record from the British-Swedish collective, these hymns for the burdened and broken come audibly with the profound maturity of hard earned experience from all the veteran musicians involved. Although classic rock lies at the heart of »Stand In Your Light«, Venus Principle add many ingredients of their own to the canonical elements. Foremost pain and darkness permeate each track, spawning a terrible beauty ruling in triumphant glory. Yet shadow cannot exist without light, which the British-Swedish musicians provide in delicate moments of hope, tenderness, and warmth. In these aspects of »Stand In Your Light«, the metal spirit of some of the protagonists on the album reveals itself and provides balm for the wound that the split of Anathema has caused.

Venus Principle were formed in autumn 2019 after several of its members decided to part ways with Crippled Black Phoenix Still fully in love with dark, melodic art rock and psychedelic music, this group of close-knit friends was not content to just sit at home. Inviting more familiar associates into their fold that included active and former members of At The Gates, Ison, Tacoma Narrows Bridge Disaster, and Louise Lemón this new rock band was born. While »Stand In Your Light« marks the starting point of an intended long career, Venus Principle already deliver a fully-fledged masterpiece. This album is bound to accomplish a most difficult feat by delighting adherents of both rock and metal.