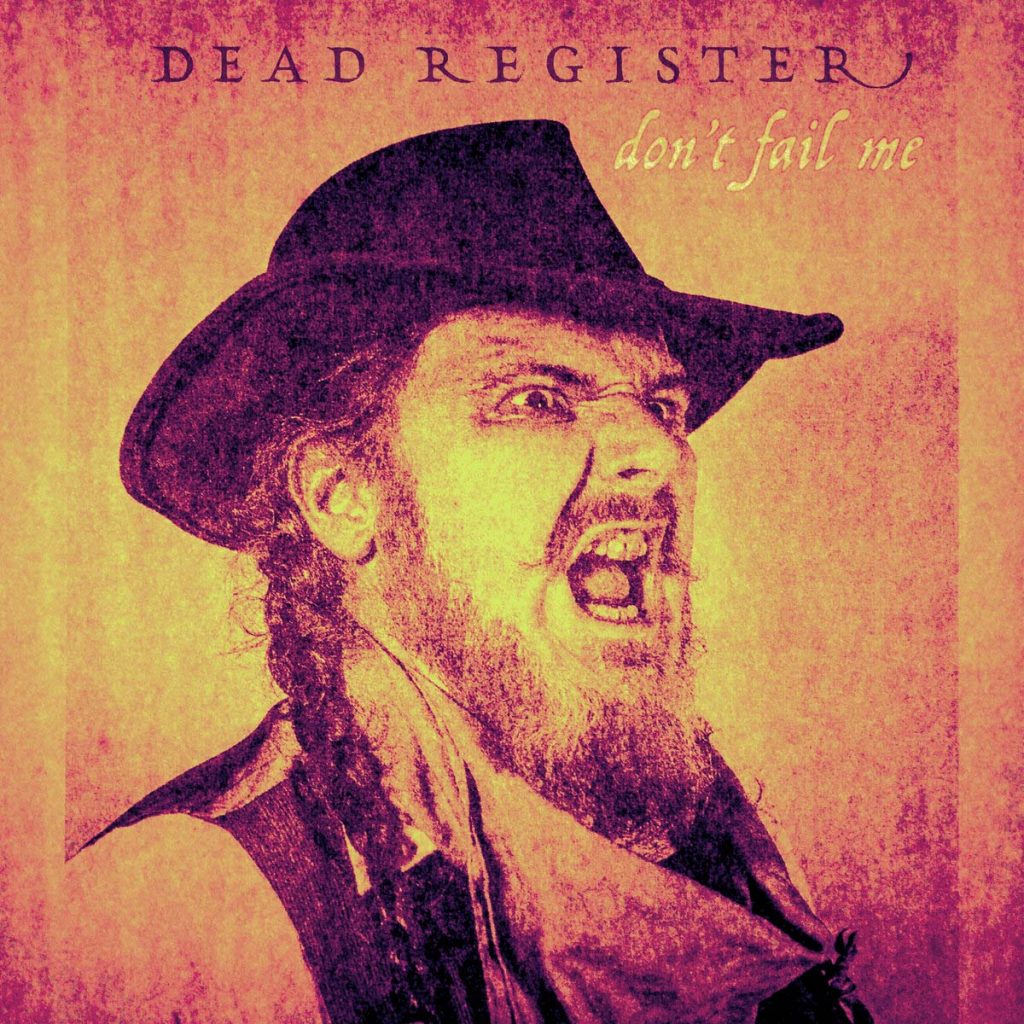 Atlanta post-rock/doom trio Dead Register presents a live-action puppet video for the new single »Don’t Fail Me« – title track off their upcoming EP, which will be self-released on February 26th, 2021. »Don’t Fail Me« will be avaiable on CD and cassette as well as on all digital platforms through their own label AVR Records. This video marks the band’s 5th DIY production crafted by Avril Che & M. Chvasta.

Says the band: “We were not allowed to have friends in the year 2020. So it was decided, heck, since real humans can’t be used for the video, fake ones would have to be made instead. How hard can a puppet show be? Ha, ha, ha. Oh boy howdy… a helluva feat with a mere two-person core crew.

The whole production is live action with no green screen or animation involved. The backgrounds are projections on a sheet that run in time with the puppetry. We taught ourselves puppetry basics as we filmed. None of us had experience working with puppets outside of just being Jim Henson fanatics. We handmade everything from scratch: background scenes, character cut-outs, props, sets, overlays, you name it.

As much as we wanted to keep it a two-person crew, we found ourselves a few limbs short during the shoot. With Avril’s hands tied to the camera, the operation of 3+ puppets was left to Chvasta (who only has one right hand and one left hand). Enter the last minute addition of hands and pelvis of our friend Mark Malek*. Yep, we said pelvis. We hope you enjoy our puppet show.

*For all intents and purposes, Mark is actually a robot fueled by hot dogs and candy. Robo-Mark has now had his synthetic hands in all five of our music videos. Beep, boop. Robo-Mark is tops.”

Atlanta, Georgia-based post-rock/avant doom trio Dead Register proudly offers their most intricate visual creation to date with a live-action puppet video for their new single, »Don’t Fail Me«. The song is nearing official release as an expansive maxi-single/EP at the end of the month, and the video sees its public unveiling through an exclusive premiere hosted by CVLT Nation.

Dead Register’s most epic song yet, »Don’t Fail Me« comes to life through an intense new live-action mixed-media puppet extravaganza which portrays the emotional depths of the song’s lyrical focus as an official music video. Crafted by Avril Che and M. Chvasta, this video marks the band’s fifth DIY visual production, and the band’s first ever foray into puppetry.

Dead Register delves into the song, writing, “»Don’t Fail Me« is a standalone single recorded in an attempt for us ancients to stay active, much like a nursing home trip to the mall for weekly early AM jazzercise. The song deals with feelings of hopelessness, inadequacy, death, compounding soul-crushing depression, mundanity of life, overcompensation, self-reliance, and ghosts.”

On the video’s creation, they offer, “We were not allowed to have friends in the year 2020. So, it was decided, since real humans can’t be used for the video, fake ones would have to be made instead. How hard can a puppet show be? It turns out, it’s a hell of a feat with a mere two-person crew.” 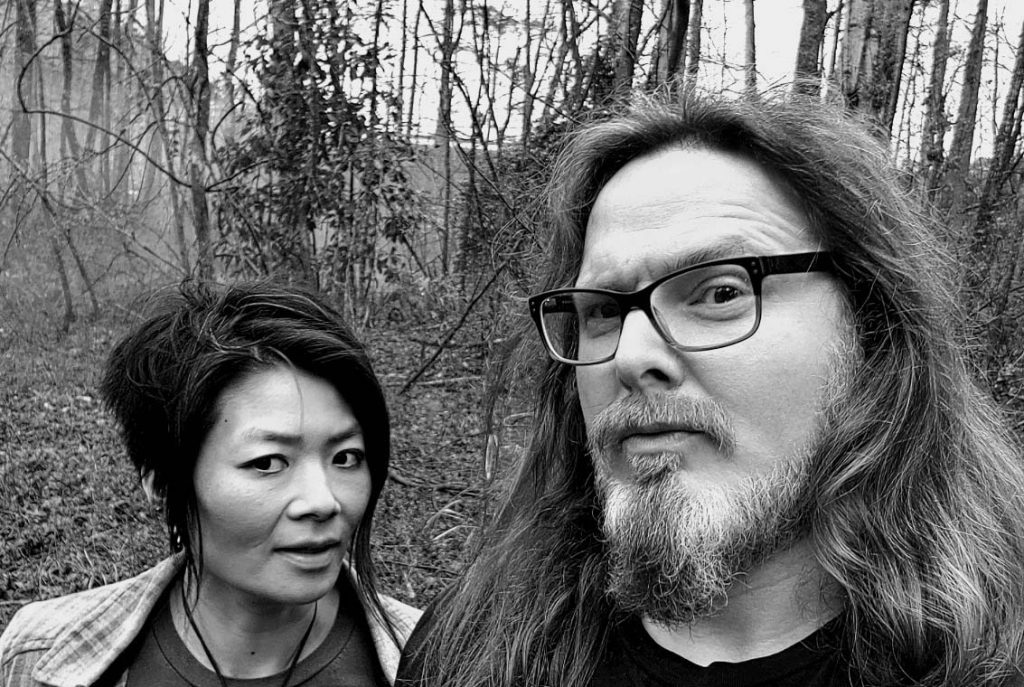 CVLT Nation writes in part of Dead Register, “We’ve described them as post-rock post-punk and deathrock doom, but none of those labels do this Georgia band justice. They’re creating a sound that’s their own, and it’s a pleasure to listen to.”

Dead Register will self-release the »Don’t Fail Me« maxi-single on CD and cassette as well as all digital providers through their own AVR Records on February 26th. Included with the single are three soundboard songs recorded live in Lafayette, Louisiana on the band’s 2019 tour – »Fiber« (Fiber LP), »Ender« (Captive EP), and »Circle Of Lies« from the band’s impending 2021 LP – and »Failed«, a remix of »Don’t Fail Me« reworked by Lament Cityscape.

The husband-and-wife team of M. Chvasta and Avril Che burst through the gates forming Dead Register in late 2013, bringing on a live drummer in early 2014. The DIY-lifers have since produced three critically acclaimed independent releases on their own AVR label (plus a reissue of the »Fiber« 12” on Throne Records) and have created four music videos fueled by shoestring budgets and the graciousness of their friends and community. They have toured the US and Canada in support of their »Fiber« LP and »Captive« EP and intend to cultivate a life on the road. A large selection of new material is steadily being recorded in-house by drummer, R. Garcia, including the band’s new LP, which is now complete.

Watch for updates on the new LP to post over the months ahead. 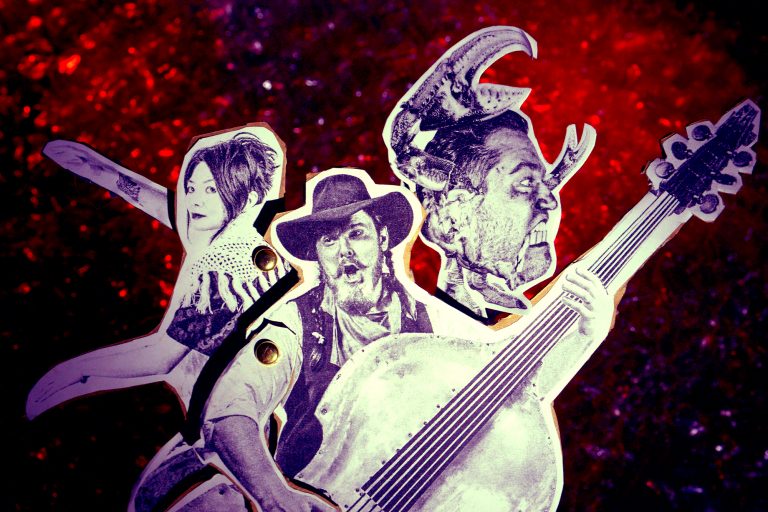