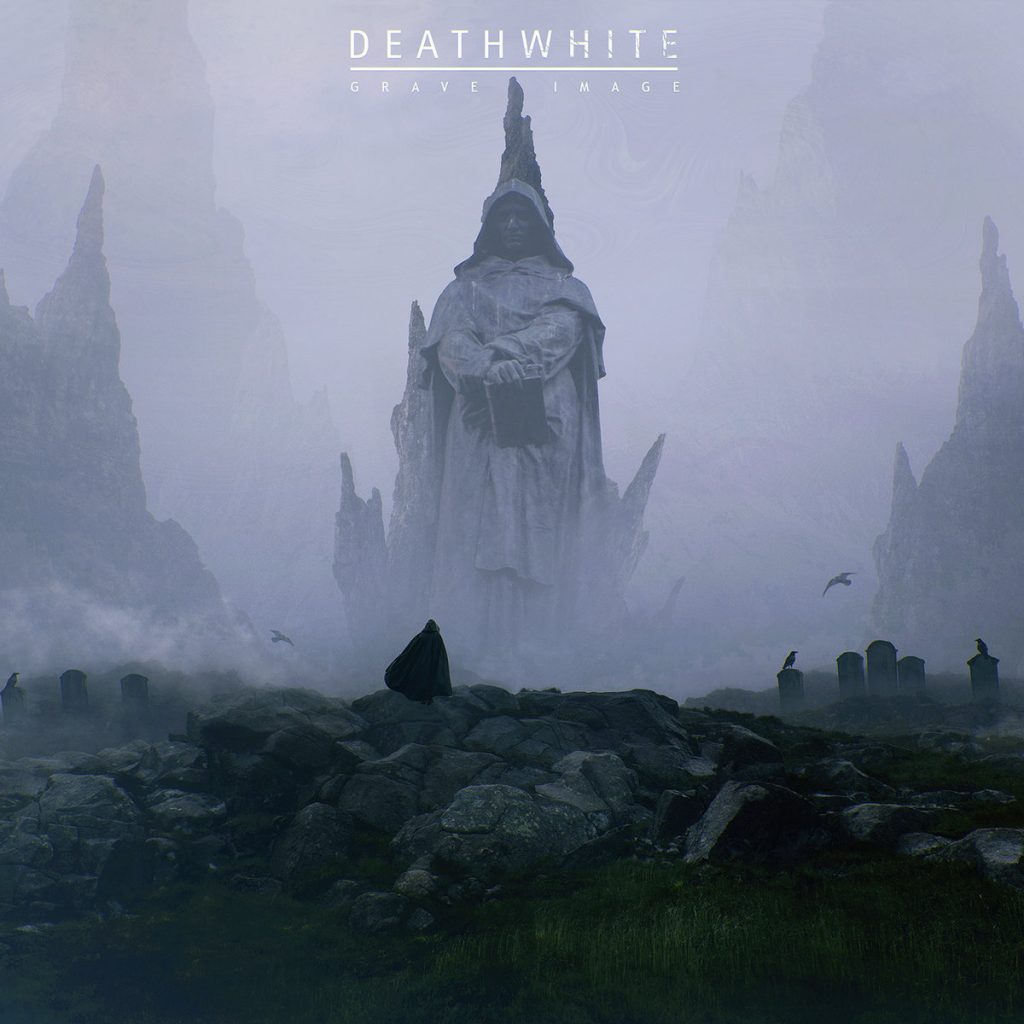 US dark metal outfit Deathwhite post a lyric video for the song »Among Us« taken from their second full-length album, »Grave Image«, which came out on January 31st via Season Of Mist.

The tenebrous metal collective Deathwhite emerge from the shadows with their new full-length album »Grave Image«. Neither retro in construction nor modern in its hue, Deathwhite mine a vein of intrepid metal echoing an earlier era with dark melodies, wistful vocals, and profound foreboding. »Grave Image« is a heartfelt emotional bloodletting and poignant display from one of metal’s most promising young bands.

The fallible nature of mankind is reflected through its actions and words. Once an absolute, truth is now fluid, twisted and contorted to suit the often-short-sighted needs of those who now suffer the indignation of willful ignorance. Paired with the stench of hypocrisy and unrelenting depletion of the earth’s resources, and the state of the world could not appear graver. It is under this grey cloud that enigmatic dark metal collective Deathwhite created their second full-length studio album, »Grave Image«.

»Grave Image« was recorded during April and May 2019 at Cerebral Audio Productions with producer/engineer Shane Mayer; vocal tracking took place at Erik Rutan’s (Hate Eternal, Morbid Angel) Mana Recording under the supervision of engineer Art Paiz. The album was mastered by the incomparable Dan Swanö (Bloodbath, Edge Of Sanity, Nightingale) at Unisound, and, as with the band’s previous two efforts, the artwork and design were handled by Jérôme Comentale, whose visuals are crucial to Deathwhite’s overall aesthetic.

Written over the span of 18 months, »Grave Image« is a largely heavier and more orchestrated body of work than its 2018 »For A Black Tomorrow« predecessor. The album is driven by clean, emotive vocals, an increasingly rare commodity in a metal scene so committed to harsher styles of singing. This embrace and execution of such vocals are one of the defining traits of the ten songs found therein, which also offer a wall of guitars flanked by a constant stream of melodies, the direct result of the band adding a second guitarist in 2018.