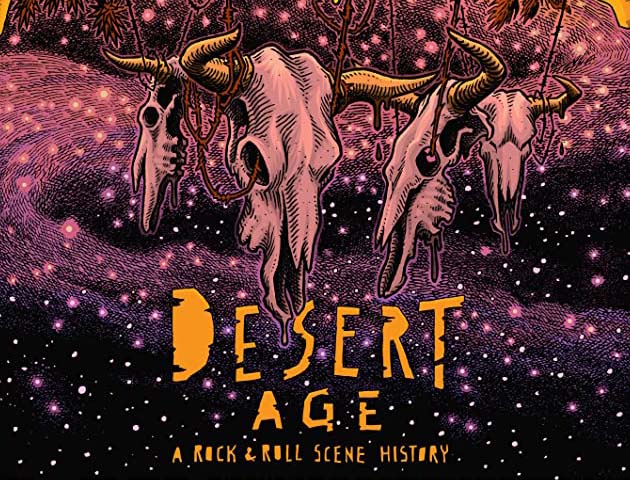 In the early 1980’s, growing in a similar yet geographically separate way to the “grunge” movement in Seattle, was a new and lesser known genre of music known as “desert rock”. It was a catch-all style that ultimately evolved from jam-band generator parties that took place in remote desert locations outside of Palm Springs, CA. »Desert Age« traces the complete historical lineage of the people, places and bands that shaped that scene and genre to this day. The film is comprised of exclusive interviews, private photos and home videos that offer in-depth access to a scene that has remained insulated and undocumented until now.

»Desert Age« is the first in depth feature documentary about the history of the California desert rock ‘n’ roll scene from the early 1980s and 1990s. We are the first to feature never before seen interviews, archival and personal histories that shaped the scene to this day. Exclusive interviews with Dave Grohl, Josh Homme, Mario Lalli, Sean Wheeler, Myke Bates, Brant Bjork and additional members of Kyuss, Queens Of The Stone Age, Fatso Jetson, Yawning Man, Suntrash and many more.