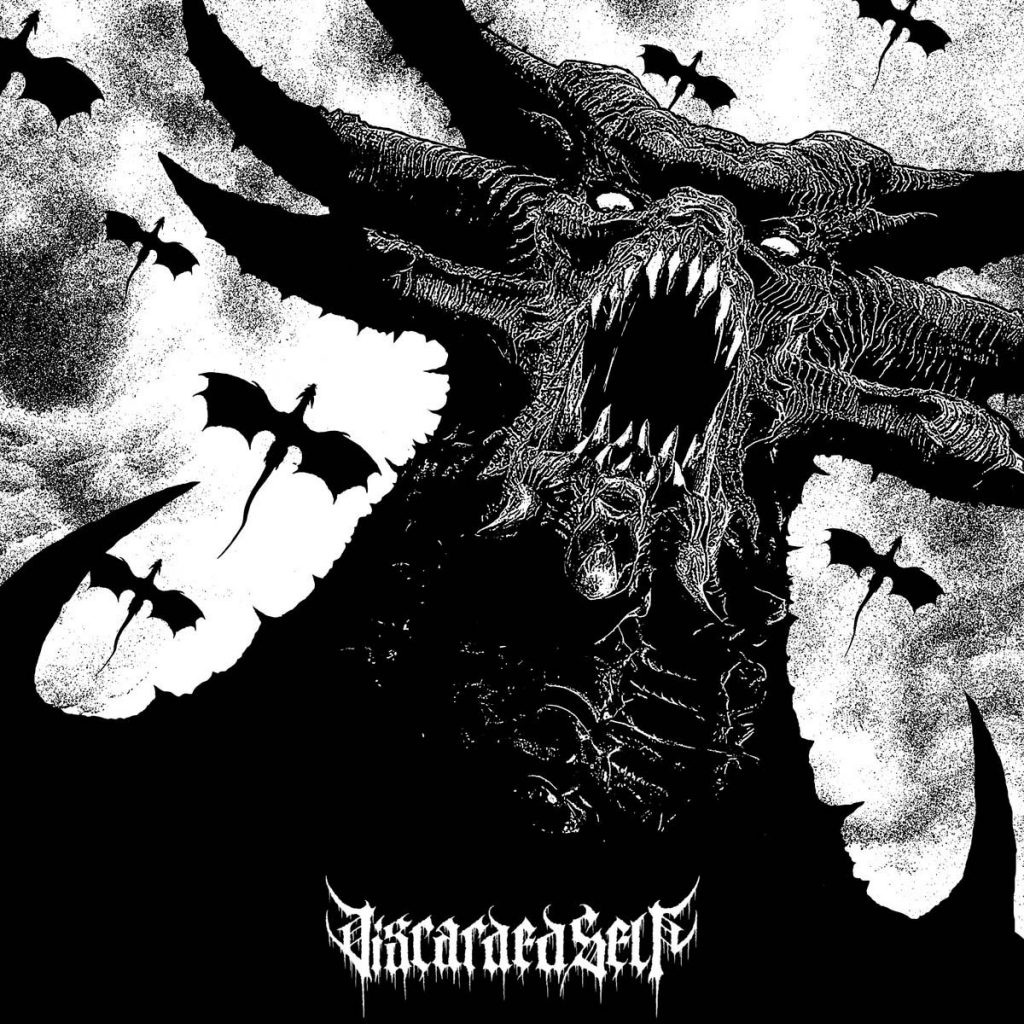 Blackened sludge/doom metal act Discarded Self has released a brand new song »Orbitoclast« from the upcoming self-titled debut album, due out on April 30th, 2021 via Sarcophagus Recordings. The album was recorded at Doom Tomb Studios in Lloydminster, Alberta Canada.

Discarded Self is a solo project of Canadian guitarist, vocalist, and bassist Jarret Beach from Destroy My Brains and Ashes Of Yggdrasil.

Jarret Beach, the person behind the one-man-band that is Discarded Self has this to say about the song »Orbitoclast«:

“The song »Orbitoclast« is a collection of riffs and vocal ideas I actually started this project with. It starts off slow, but gets straight down to it with a thrashy section that has shredding vocals bleeding all over it. For those that aren’t aware, an Orbitoclast is the instrument that is hammered into a person’s brain, when they were the poor individual who received a lobotomy in the late 40’s early 50’s. The song is of course about the horrifying practice of lobotomy, but has an extra hidden meaning. It’s a metaphor for giving your trust to someone who doesn’t have your best interests in mind, and only their own personal interest, with no concern of who they damage along the way.”

Flooding forth with misery and hate comes the first album from Discarded Self, the Canadian solo project from Jarret “Fuzzgod” Beach, who’s also a member of the bands Destroy My Brains and Ashes Of Yggdrasil. Created during a time of personal isolation, the album »Discarded Self« ranges from tales of the macabre to introspective trips into self-loathing and personal degradation that dredge up terrible memories of the past to drown in personal regret. There is no hope for the future here.