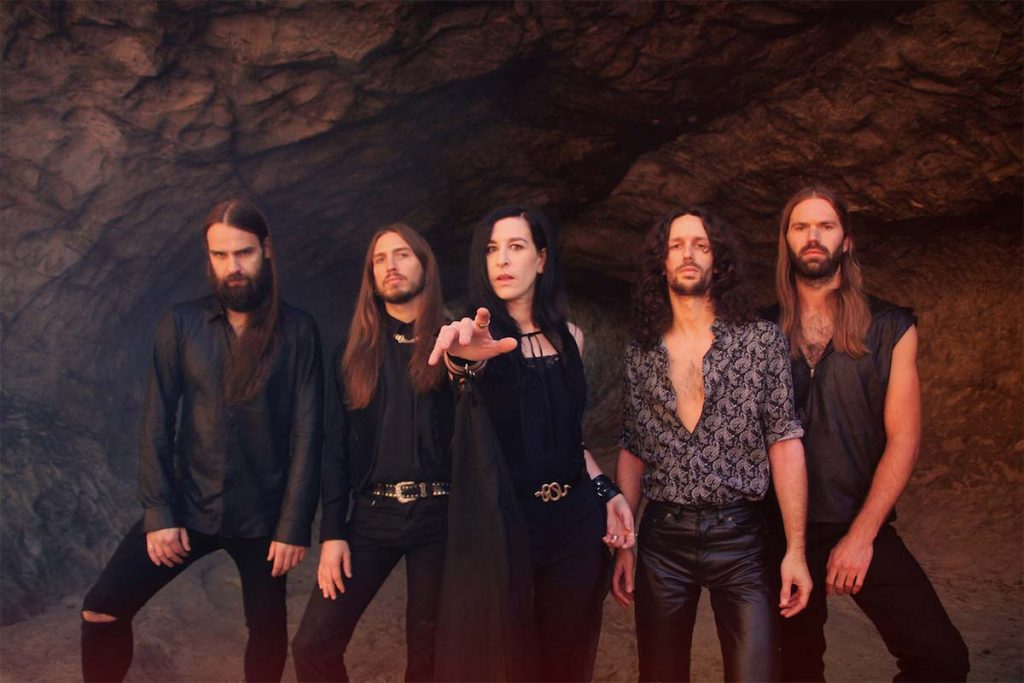 Dool share a live performance video for »Wolf Moon« from VPRO’s On Stage on Dutch national TV. Recorded at TivoliVredenburg in Utrecht on February 4, 2021.

Dutch most notorious rock musicians have gathered to form Dool, a psychedelic dark rock band featuring bassist Job van de Zande and drummer Micha Haring from celebrated cult rockers The Devil’s Blood and the country’s most infamous rock singer, the striking Ryanne van Dorst. Rounded out by guitarists Nick Polak (Gold) and Reinier Vermeulen (The New Media), Dool radiates an undeniable raw energy and has created a distinct and dynamic sound right from the start. On the strength of its captivating debut single, »Oweynagat«, and a red hot live performance at Roadburn 2016, Dool has quickly become a hotly-tipped buzz band in underground circles.

On Stage is a program within the framework of the NPO Culture Action Plan, with which the public broadcaster wants to offer musicians and artists an alternative stage during the Corona crisis.

As a result of the corona measures, the halls and stages in the Netherlands are empty. Not nice for the enthusiast who has to do without the performing arts. And especially not fun for the artists and performers. For them the need is increasing. Calendars remain empty. There is no work and therefore no money. But things are brewing in the rehearsal rooms and studios. Music and theater are being made for better times, when the public is allowed back into the halls. Until then, On Stage throws the doors of the TivoliVredenburg wide open.

The TivoliVredenburg is a contemporary music complex located in Utrecht, Netherlands. The venue consists of five halls designed acoustically for a specific music genre.