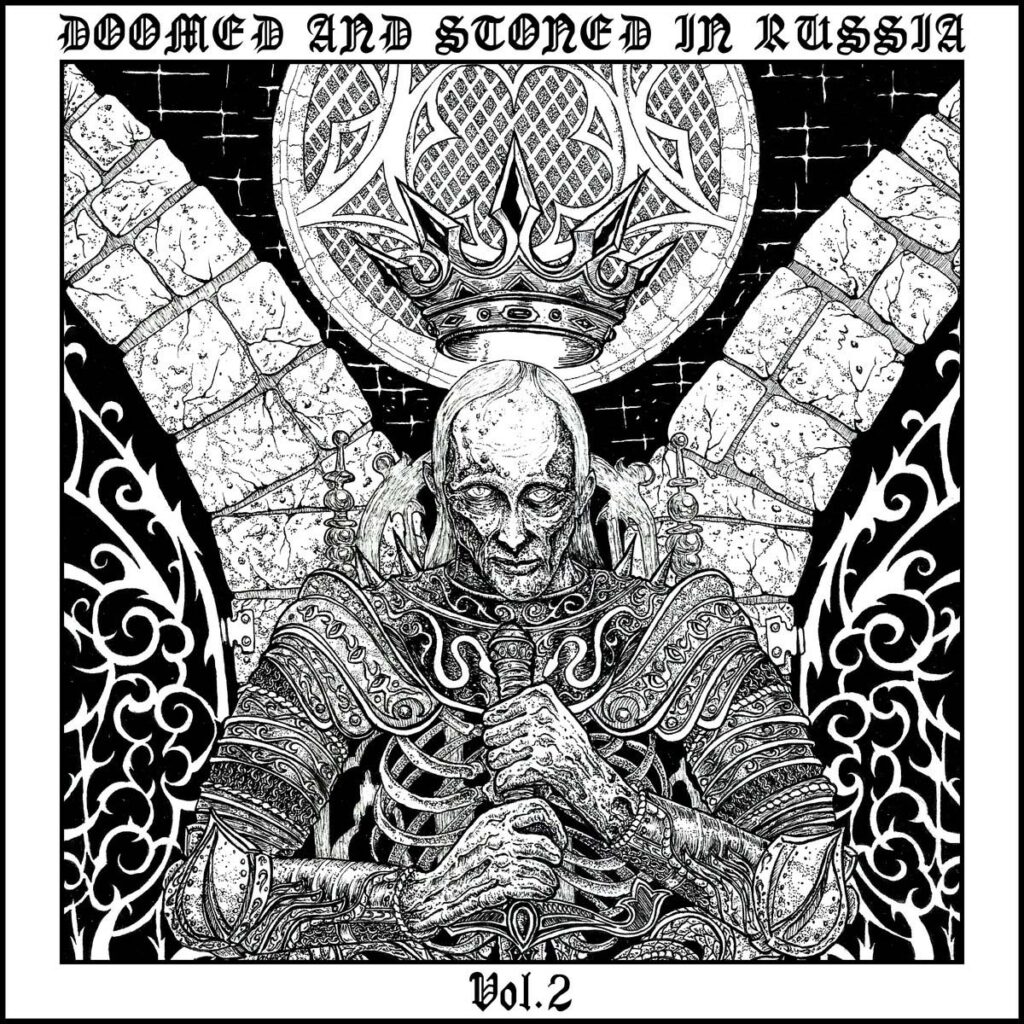 “As with any good sequel our team had a task to continue the formula established in Part I while bringing something new to the table. Part II is another look into Russia’s vast doom scene and contains bands from all over the country.

From the legendary heroic Viking myth of Scald to the dark pessimistic underground experiments of Voidwards, Part II contains the entire specter of doom metal. This time around we had quite a few sludge and stoner bands, and the darker side is represented by a few top-notch funeral doom contributions.

While containing some big “headliners” the overall compilation is more of an exploration of the underground. When gathering the material I noticed once again how authentic and honest our doom scene is. People who play Doom believe in what they do. That authenticity is what is the most important.

We had people who recorded exclusives tracks and some tracks which have already achieved legendary status. We are especially grateful to Voj, who are arguably the first band in the world to play funeral doom, for contributing a track to the compilation — as we are thankful to every band who participated.

Alexey Sivitsky of Godlike Ikons continued the theme of the Russian folk tales and has contributed a superb artwork depicting Kashchey the Deathless. This character is known to the listeners of classical music from the opera by Nikolai Rimsky-Korsakov. This archetypal character may date back as early as the 12th century myths. The lore behind him makes this antagonist a perfect character for the cover art.

As a whole the compilation has more urban and stoner notes compared to a more northern and even folkish vibe that the first volume had. It may sound a bit heavier. But here remains the main task of documenting the Russian Doom scene which we set out to do in Part I.

At the outer reaches of weird cosmic worlds and in abandoned crypts and churches, in vast snowy fields and forests, in smoke filled flats and late-night bars, the integral lyrical theme of Doom remains the subject of the lyrics. This two-part journey has been quiet a unique experience for our team. Getting in touch with all the people who make our favorite genre of slow heavy music possible, has led to the discovery of many new names and outstanding songs. We hope that the listeners of the compilation will as well discover something for themselves.”