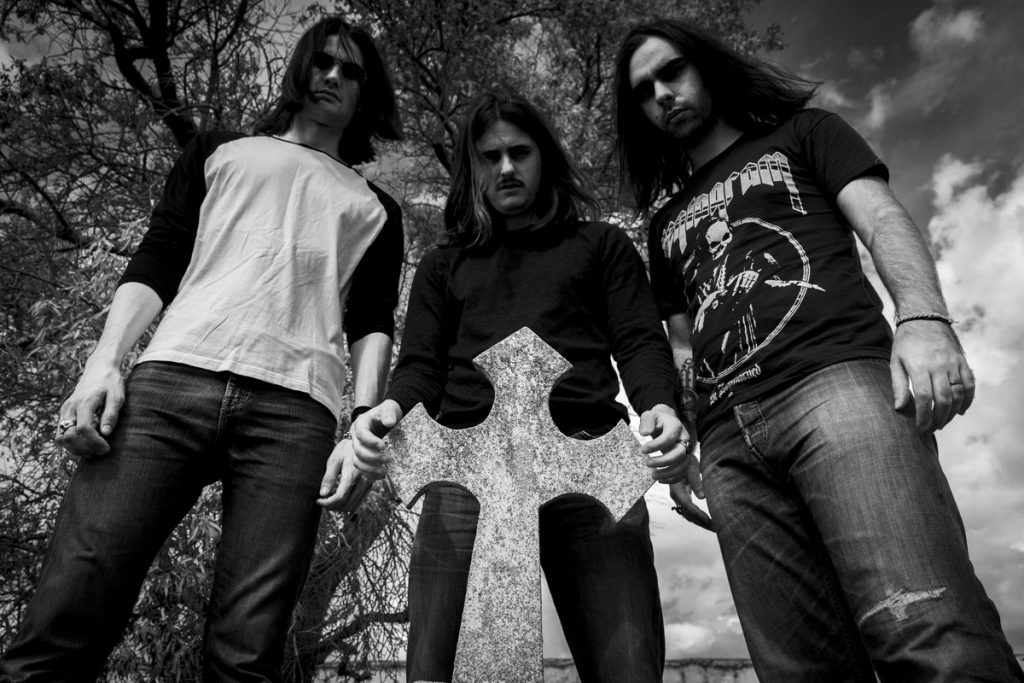 Spanish stoner/doom metal trio Double Horse post a music video for the track »Mescaline« taken from their first full-length album, »The Great Old Ones«, which originally came out on October 21st, 2019.

»The Great Old Ones« was re-released this year on digipak CD via Careless Records and limited edition vinyl via Domestic System.

Double Horse was formed in 2017 in Valencia, Spain. In 2018 they recorded the first full-length album »The Great Old Ones« that was released on October 21, 2019.

Double Horse was born from the addiction of three young people to explore the hidden and deepest sound of metal through doom’s own compositions and the sound that characterizes it. They’re strongly influenced by Black Sabbath, Electric Wizard and some other stoner and doom metal bands over the world.

Their lyrics and the atmosphere of their sound is inspired by the Spanish phantoterror, biker explotation, and the interdimensional world of H.P. Lovecraft.