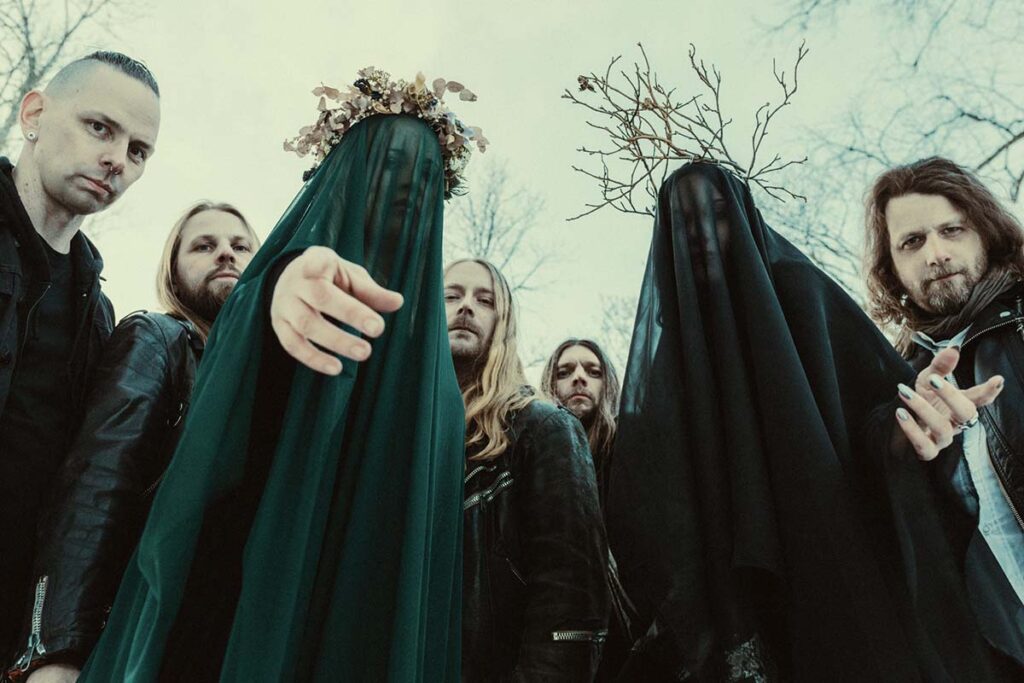 “Note that there is no raw footage so this video was not post-edited, what you see is what was showed on the screens during the concert.”

Draconian was formed in 1994 in Säffle, Sweden.

In 2003, Draconian released their debut album and since then, the Swedish doom/goth sextet’s sound has always remained steadfast to its origins. In particular, the powerful vocal growls of Anders Jacobsson, one of the band’s defining and most unique features, along with Heike Langhans’s melodic and atmospheric female vocals. The band delivered six studio albums so far, with which they immediately convince the listener with Beauty and the Beast-esque vocal contrasts, striking accents, and threatening moods.

Anno 2020, once again bringing agony to an end, »Under A Godless Veil« is set to be released in October 2020. By far the most diverse album they have created. From traditional doom to scaled-down, Gothic rock-inspired pieces and more, some will perhaps describe the songs as more refined and meditative. Some ambient elements have been added to the mix without overshadowing the traditional characteristics that are Draconian. Resonating with the compositions, Anders’s lyrical direction is ambiguous and a progression of the first two-three albums, yet more subtle while embracing the Gnostic philosophy more directly. One could say Draconian’s »Under A Godless Veil« is an act of contemplation; About living and dying and remembering who we are in a strange, abrasive world far from home.