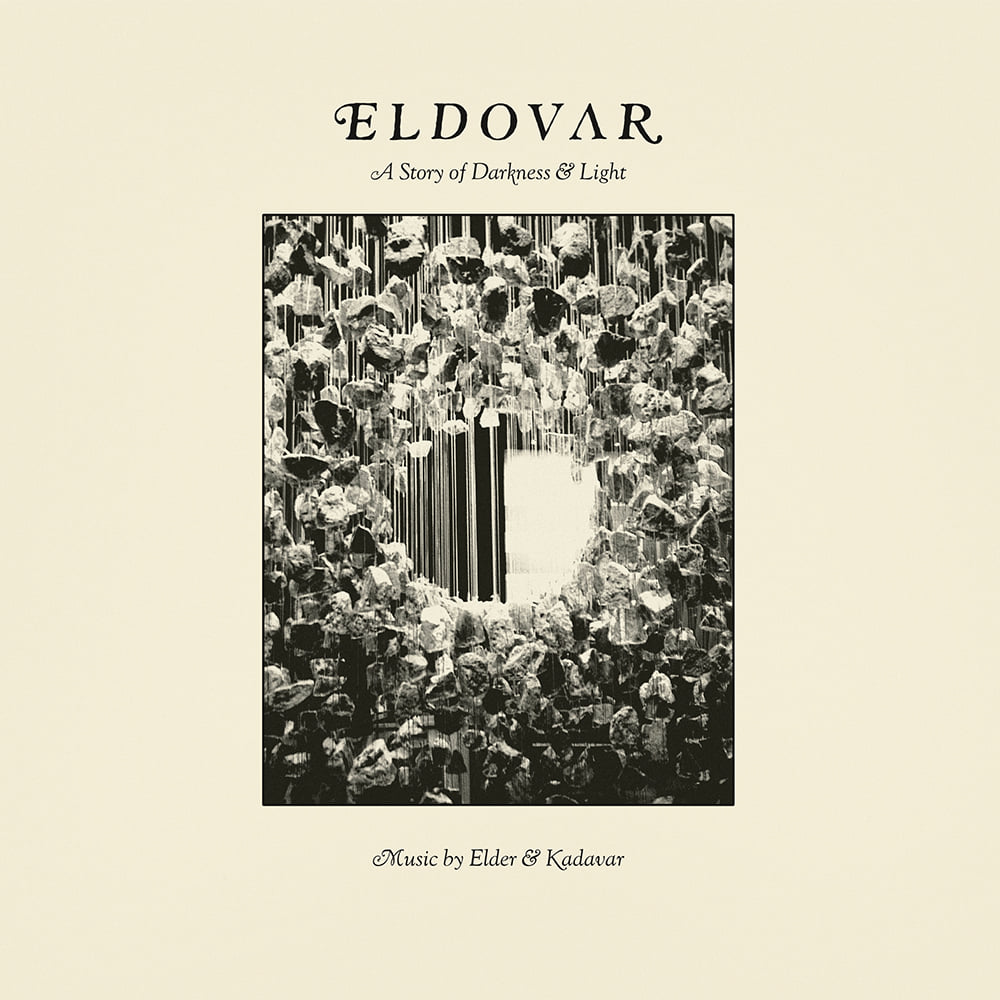 Kadavar and Elder premiere a music video for the new single »Blood Moon Night« taken from their brand new collaborative album, »Eldovar – A Story Of Darkness & Light«, which was just released this Friday, December 3rd, 2021 via Robotor Records.

Alone among four million isolated people. A harsh, never-ending winter. No gigs in sight. Music as a form of therapy has never been as essential as now – gazing inward when gazing out has become way too disillusioning.

After their beguiling »The Isolation Tapes«, Berlin’s most important rock band Kadavar has written its second album during a single pandemic. This time around, however, they weren’t stuck alone in lockdown. They colluded with US prog rock wunderkinder Elder, Berlin immigrants just like Kadavar were a decade ago, and decided to drown in sound together. What surfaced is »A Story Of Darkness & Light«, a marvel of musical liberty, a gushing opus between rock, prog and alternative, held together by the two bands’ contrasts. Light and shadow. Alpha and omega.

Without any agenda, without a grand goal, they shut off the world and turned on the amps. Music as a means of escapism may have been the starting point; what permeated here, however, is less an escape from reality that it is a sonic measurement of this wonder called life. Long jams and a feverish lust for experiments have created a ballad of life and death, of existence itself. Consequently, the genesis of this album is far from your ordinary rock album and closer to the music of the spheres. They evoke sounds from the dark side of the moon, they channel the heartbeat of an ocean, the sigh of a continent. Over time, the project became more and more concrete, more absolute until all the musicians involved had a shared epiphany: This here mustn’t remain a trippy jam session among friends and like-minded artists; this here needs to become an album. 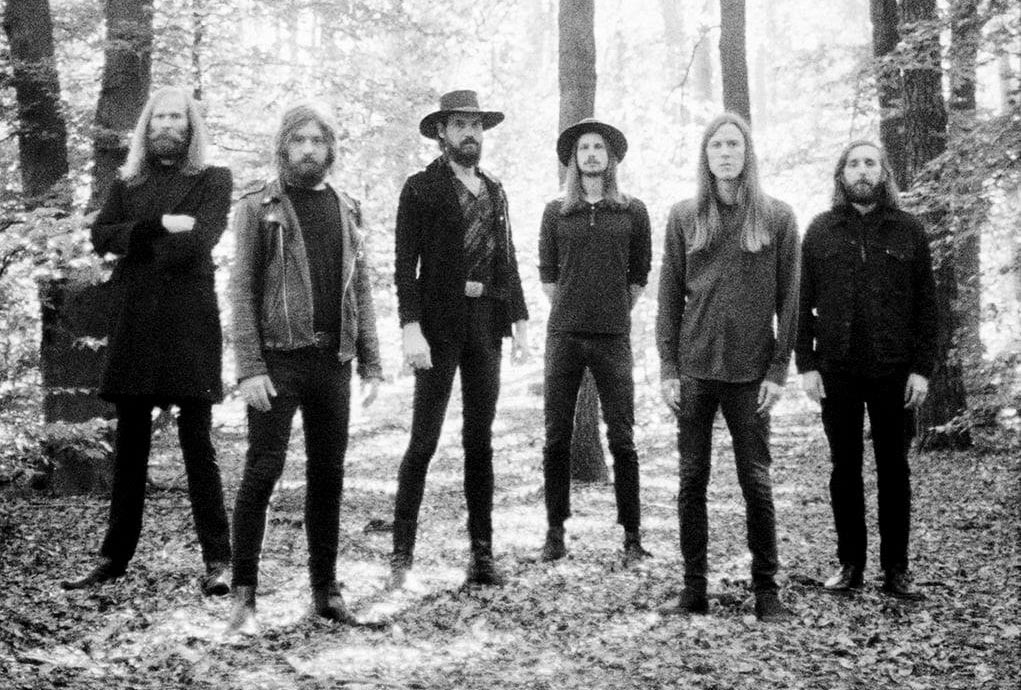 Eldovar: A bond between Kadavar and Elder. »A Story Of Darkness & Light«: An intimate, touching, billowing, roaring piece of music, a sublime manifesto of musical freedom that we paradoxically owe a horrible pandemic.

“After »The Isolation Tapes« I simply wasn’t ready for the next Kadavar record,” drummer Christoph “Tiger” Bartelt recounts the origins of this collaboration. “I couldn’t imagine continuing as if nothing had happened.” He wasn’t alone. As both Kadavar and Elder are horrible at sitting around doing nothing, they holed up in Kadavar’s Robotor Studios in Berlin between March and June 2021 and formulated the shared vision of an essentially human, deeply personal album – a body of work with the gravitas and wonderful weirdness of early prog albums, a monument for musics’ ecstatic urge for freedom.

Tiger Bartelt, Lupus Lindemann, and Simon Bouteloup of Kadavar as well as Michael Risberg, Nick DiSalvo, and Georg Edert of Elder (minus bassist Jack Donovan who wasn’t allowed to travel from the US) extract an arcane and fleeting magic from the primordial broth of rock, the kind of magic that can only work when everything is in fluid. When nothing is disturbing the creative process, when there is no external or internal pressure whatsoever. Never before did the music of these bands breathe in such a way. Never before did they sound as versatile, as surprising and as peculiar as they do here. »In The Way« is channelling the folksy spirit of Led Zep, »El Matador« featuring Kristof Hahn (Swans) is a wild kraut ride through the night, »Raspletin« is a parable on Pink Floyd’s later years while »Blood Moon Night« may very well be the best song Kadavar or Elder have ever written. This is rock music with the force of a calving glacier and the iridescent flicker of a mayfly.

Nick DiSalvo, Elder’s frontman, remembers: “I was immediately struck by the broad spectrum of sounds and ideas conjured up by our two bands together, sounds which don’t belong to either band but appeared in the process of spontaneous creation.” The modus operandi of the two may differ a lot; yet, the process was “fun, gratifying, strange and difficult at the same time,” says DiSalvo. According to Kadavar bass player Bouteloup it was thanks to the “shared musical vocabulary and trust in everyone’s own aesthetic taste” that made this record possible.

It may not have been planned but what will now see the light of day is an album dedicated to a treasure hunt in the depth of human emotions. From the void into the light and back again. For all those involved, the immense freedom and the chance to navigate yet unsailed waters proved to be a trigger for an altogether unexpected boost of pure sonic creativity. A deep dive into a musical phantasmagoria without any plans of coming up for air anytime soon. For while »A Story Of Darkness & Light« quite channels the ornamental aura of Elder and the throbbing power of Kadavar, Eldovar is thriving under an altogether different, strange star. The band who fell to earth.

Plenty of time for detours, interchanging instrumental roles (drum beast Tiger began the sessions only fiddling around with synthesizer), carefully sampling each others treats, respectfully watching, ardently listening: Kadavar and Elder may never create music this way ever again like they did on this eccentric, astonishing, awe-inspiring record; what will remain is this unforgettable album that doesn’t even have to be measured by normal means. Because it speaks its own language. And because it raises the right questions at the right time. An enrichment for both protagonists and listeners.”

Listen + get your copy here: kadavarelder.lnk.to/eldovar 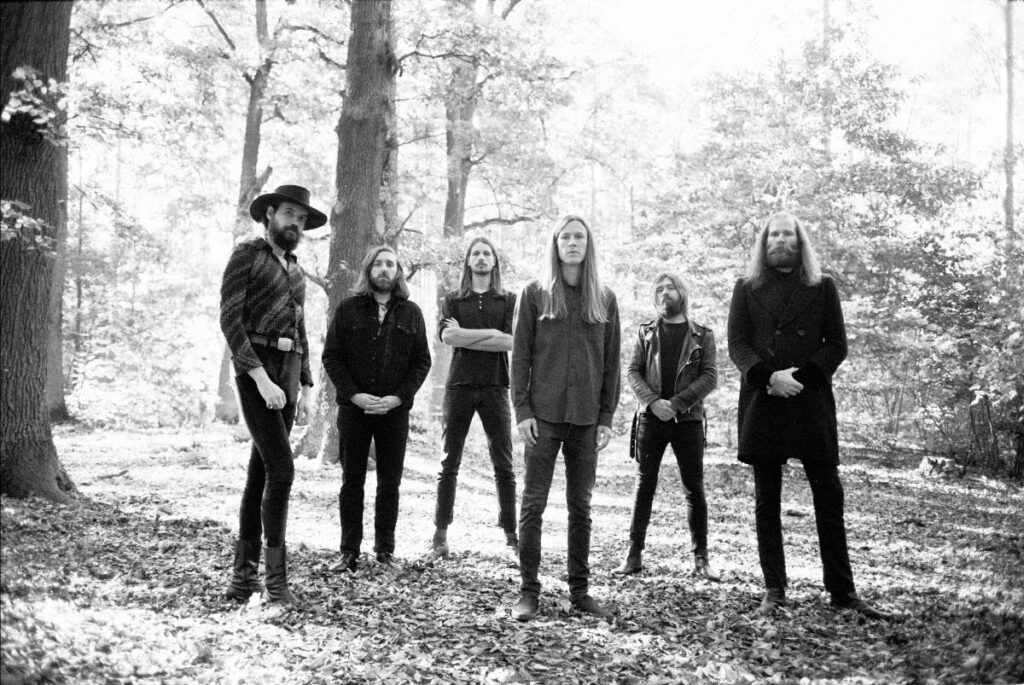