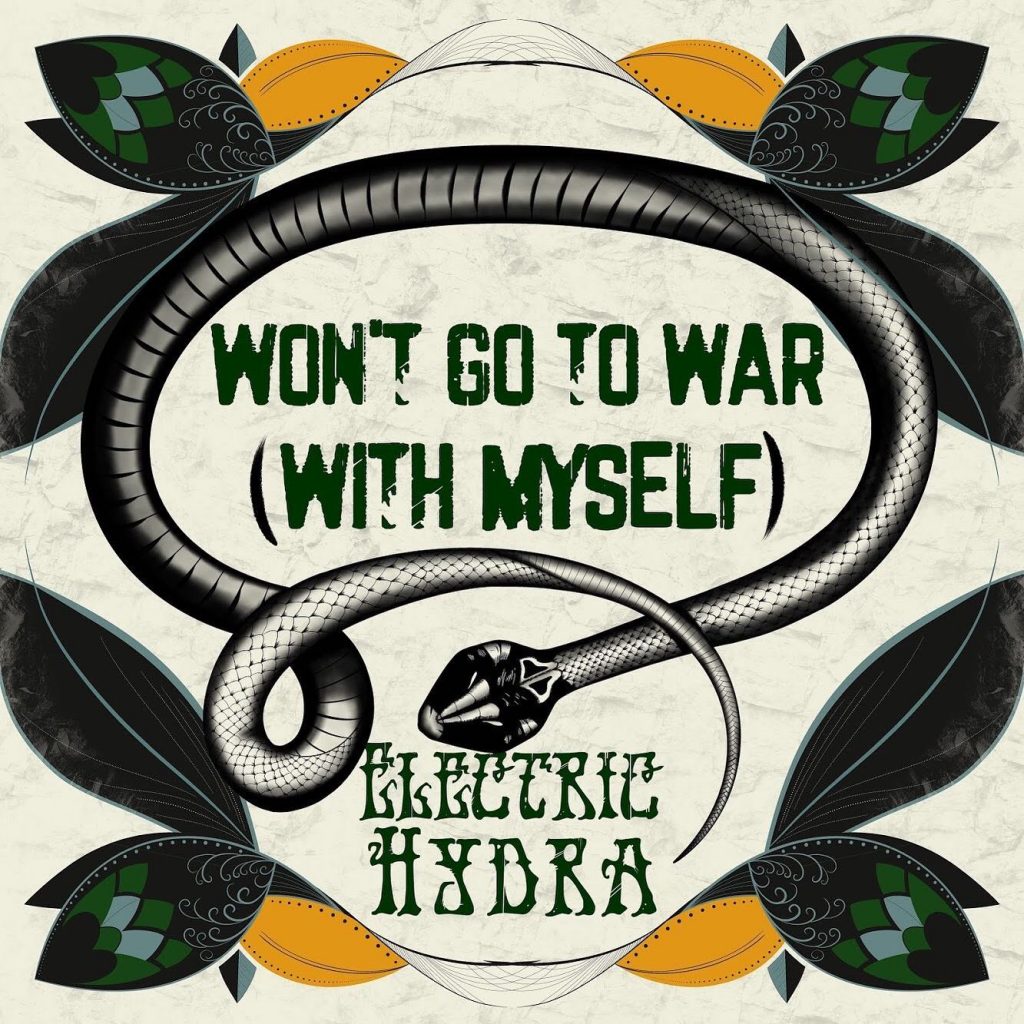 Says the band: “The third single »Won’t Go To War (With Myself)« from our upcoming album will be released 23 October!

Keep on Carpe Diem-ing’ and subscribe to our YouTube-channel because we also recorded a video for the song – with the lovely Max Ljungberg of Scumbag Millionaire!

You can preorder the album concisting of 10 new raging tracks at Majestic Mountain Records or Tee Pee Records.”

Formed on the windswept West Coast of Sweden, amid the dark forests of Småland, Electric Hydra’s founding members – Sanne Karlsson, Ellinor Andersson, Jonathan Möller and Jonny Petterson – first met on an impromptu night in late 2017. In doing so they collectively hit upon a newfound friendship and shared love of Kyuss, Fu Manchu, Entombed and Black Sabbath; and decided there and then to book a rehearsal room the very next day.

Known for delivering high energy shows, the band has played at Sweden Rock Festival and Malmöfestivalen; toured Europe and shared stages with Lucifer, Monolord, Truckfighters, Greenleaf among many others. Following the release of their debut single ‘World Domination’, the band quickly became one of the most exciting new acts on the Swedish rock scene.

With Dennis Åhman replacing Petterson on drums, work on their self-titled album begun in early 2020 and continued throughout the COVID-19 pandemic at Shimmer Studios, Studio BO and Welfare Studios. Further reinforced with new recruits in Jonas Stålhammar and Peter Söderberg following the departure of fellow founder Jonathan Möller, Electric Hydra will also features a contribution from At the Gates/Bombs Of Hades’ Jonas Stålhammar.

As vocalist Sanne Karlsson explains: “We are so psyched to finally release our debut album! The album is expansive and heavy but still raw with a lot of energy. It feels like a step in the right direction to where we want to go with the music.”