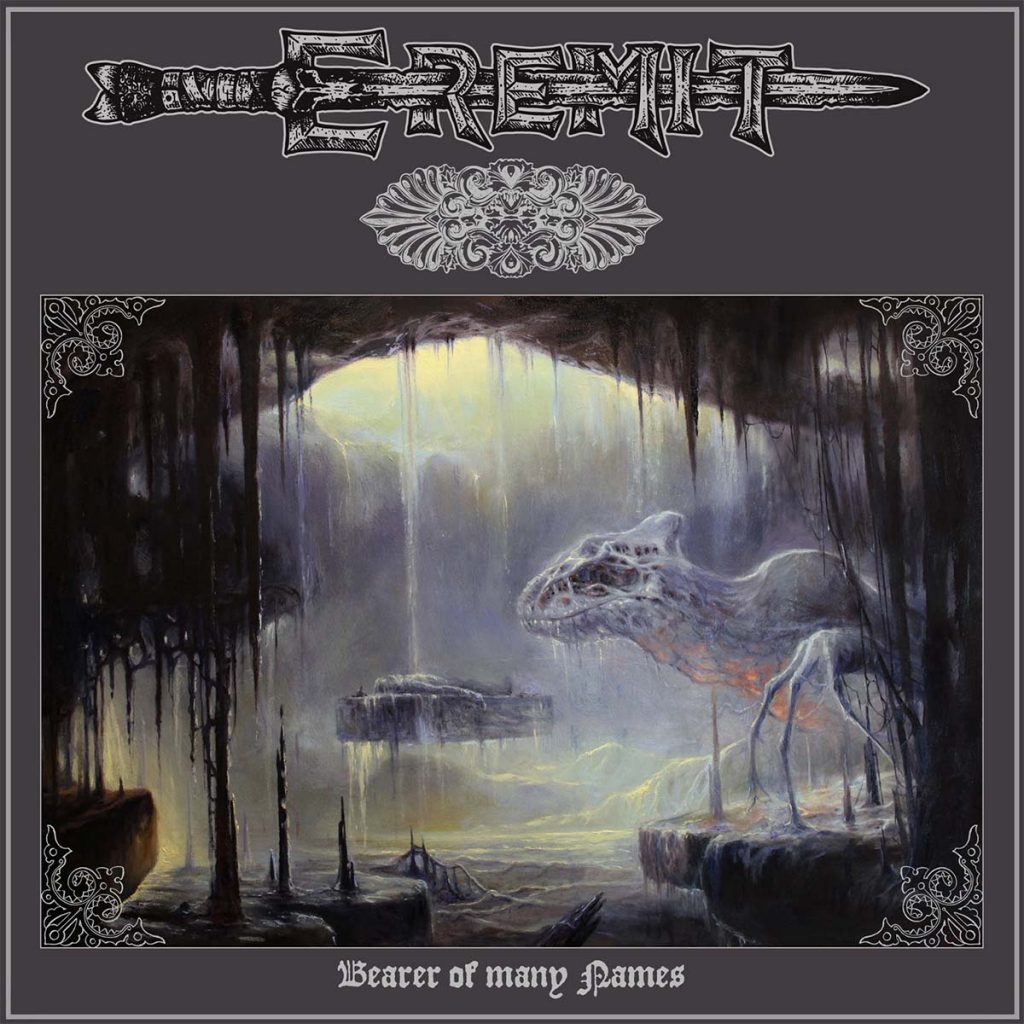 The band comments: “Fellow Pilgrim, 🧙
today we share with you the cover artwork for Eremit II, our second full-length record called »Bearer Of Many Names«.
This album will again contain three chapters of our ongoing saga and will, in union with our previously released »Desert Of Ghouls« EP, conclude, bridge and continue the events on the hermit’s journey.
We started collaborating with Mariusz Lewandowski in 2017 and have been amazed by his ability to visualize our world ever since. We are humbled to have been able to continue working with him up till now and have him craft the cover painting for Eremit II.
We will release this album together with our partner Transcending Obscurity Records in 2021.
We’re honored to have all of you accompany us on this voyage through unknown realms and spheres. May we learn from it.”