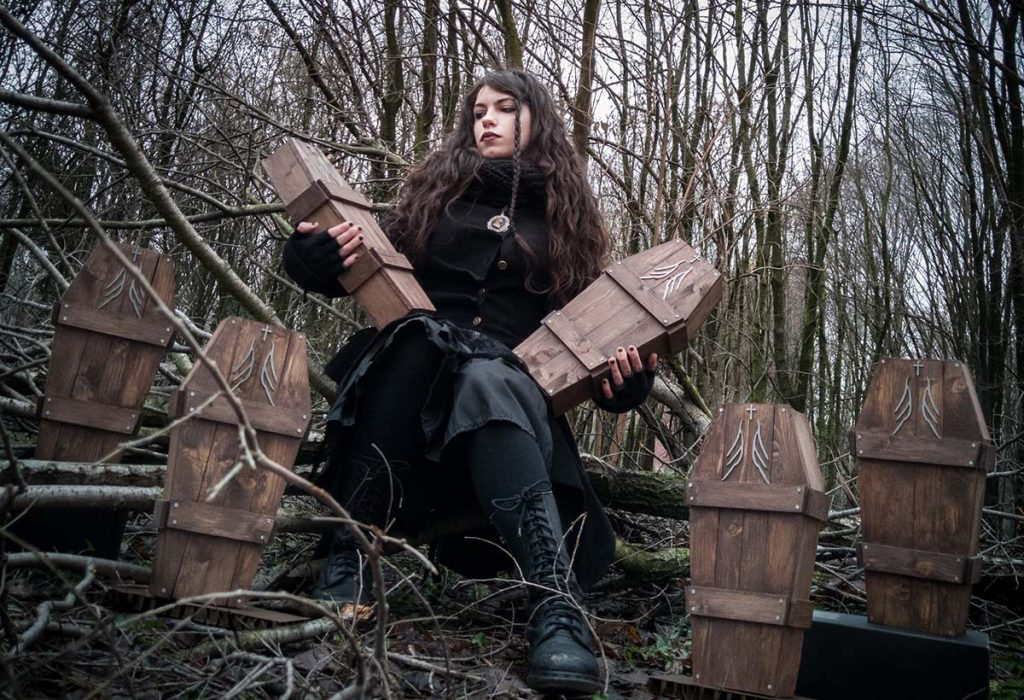 The band comments: “Good news about the Coffin Box Sets: the first 6 are completed and will be shipped next week! Here’s a picture of Nicole blessing them in the barren Forest of Doom.

Another 6 are almost finished, still others will start to be assembled soon!

For orders and more info: https://eurynome.bandcamp.com/releases

Note: we only use wood that comes from alpine forests with ethical and selected felling.”

Eurynome is a funeral doom metal duo playing distorted bass tuned at 436 Hz. The band is inspired by 1800s cemeterial and somber culture. Some atmospheric and symphonic elements has been added to the compositions to enhance the decadent sound and add variety.

Tracklisting:
01. Eloquence Of The Doomsday Fog
02. The Ancient Stele Of Eurynome
03. The Dead Warden
04. At The Solitary Crypt
05. Conducting Our Own Funeral
06. One With The Graveyard’s Undergrowth
07. The End Of All We Know