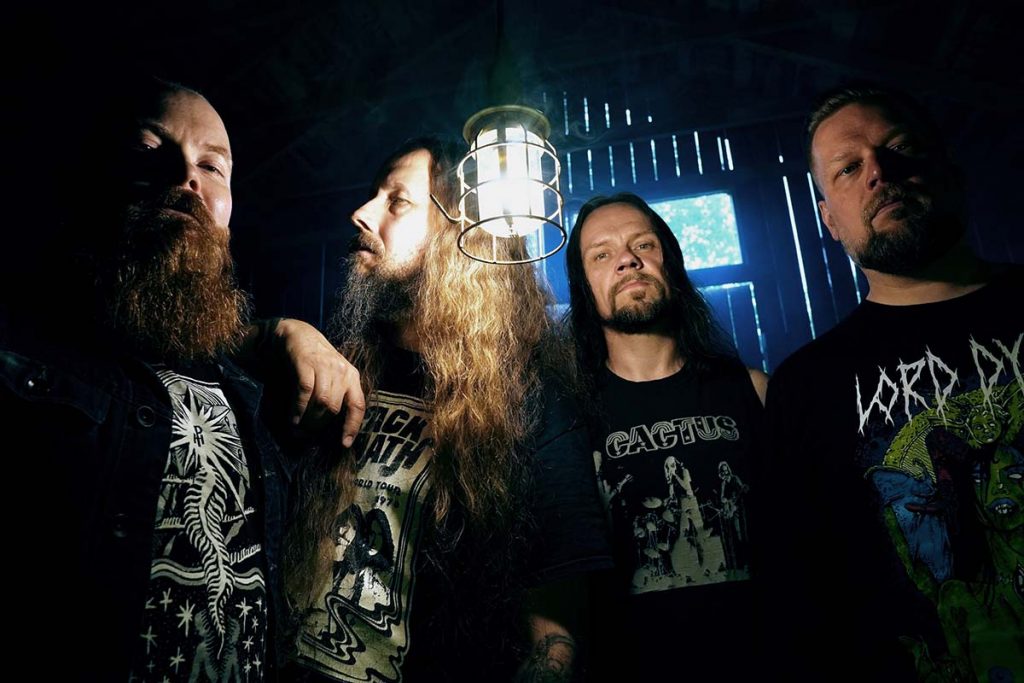 Tampere, Finland based death’n’sludge outfit Black Royal share a music video for their brand new single »Seance«, out on June 9th, 2021 via Suicide Records. This is a formerly unreleased track taken from »Firebride« album sessions.

The band’s sophomore album »Firebride« was released on February 14th, 2020.

Following the success of their sophomore album »Firebride« last year, Finnish sludge metal savants Black Royal emerged as one of the Scandinavian underground’s most talked about bands.

Garnering praise from the likes of Metal Injection, MetalSucks and CVLT Nation, the quartet won over hordes of new followers with creed crushing choruses and beguiling riffs, pitched perfectly between the dramaturgy of Ghost and raw brutality of Behemoth.

This month however, Black Royal will throw themselves unto the breach once more with the release of »Seance«. Originally recorded for inclusion on »Firebride«, the song offers up a far more stoned-out take on sludge/death metal with thunderous guitars and drums trading blows at the gates of Valhalla. Deftly balanced on a psychedelic knife-edge, lyrically the song is firmly rooted in the realms of necromancy and misplaced faith. As Black Royal vocalist, Riku, explains:

“»Seance« deals with the imaginary power of The Holy Grail. In the past, the Vatican planned to overcome all monarchy in Europe by replacing royal blood with Christian blood, to achieve total dominance and control. In the process, a lot of peasants and pagan history was destroyed, and rituals buried.”

Having shunned promotional appearances over the years, the quartet finally decided to turn in an old school performance by shooting a music video for »Seance« in an old barn on a midsummer night in the middle of a Finnish forest. Stacked with occult imagery, psychedelic flourishes, and goats, it paints an ambitious portrait of what the band is all about.

»Seance« will be released worldwide on Wednesday 9th June 2021 and can be pre-saved HERE.

»Firebride«, the sophomore album by Black Royal is out now on Suicide Records.

“Serious riffage and some of the catchiest vocal passages of the year define every moment of »Firebride«. Blues and death sludge go together like peanut butter and jelly, and Black Royal know exactly how to smash them together.” – Angry Metal Guy

“Are you ready to give props to Black Royal for bringing a storm of heavy riffs? You should be because this is a sonic volcanic eruption of molten sludge.” – CVLT Nation