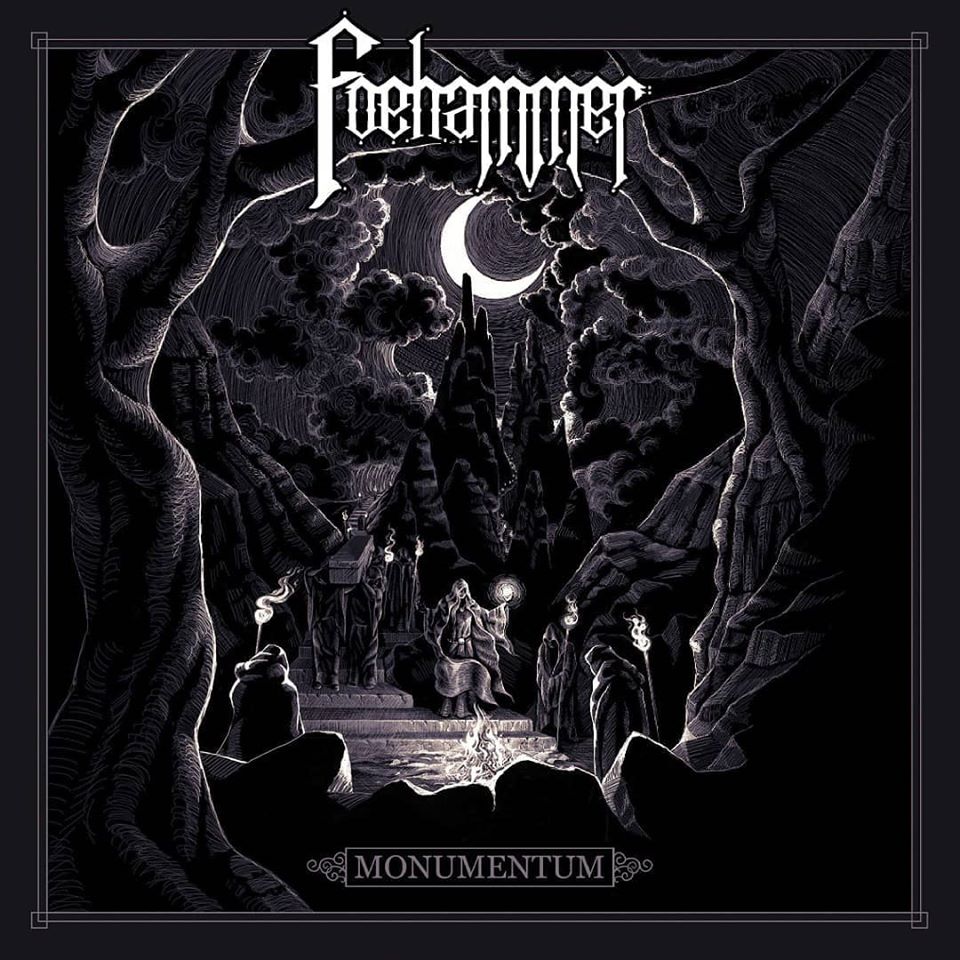 US sprawling cosmic sludge outfit Foehammer reveal the cover art for their new album, »Monumentum«, which is coming out this summer.

The band also states: “Foehammer return from the depths, announcing their sophomore full-length and first new material in two years, »Monumentum«. Returning listeners will find the band going down new darkened paths, while still staying true to their funereal drone roots. This album is the first to feature Ben Price (At The Graves, Immiseration, Elagabalus) at the drumset (and engineering/mixing) as well as returning guitarist and vocalist Jay Cardinell. Featuring original artwork and design by Rebecca and Brian Magar (Wailing Wizard Art, Cultic, The Owls [ANWTS]).”

Hailing from the Virginia suburbs of Washington, DC, Foehammer’s music belies its bustling surroundings. Rather, Foehammer conjure the creeping tectonic progression of transform faults, culminating in releases of sound waves the magnitude of which is best measured by seismometers. In keeping with the appropriate timescale, each of the three funeral doom epics on Foehammer’s debut EP clock in past the 9 minute mark. Foehammer is doom metal in the truest sense of the appellation, crushing, unrelenting and suffused with a foreboding of cataclysm that smothers each of the EP’s all-to-brief 34 minutes. Foehammer’s rupturing first salvo will undoubtedly appeal to fans of Graves At Sea, Warhorse, Corrupted, Hell, Buried At Sea and other purveyors of the slow.