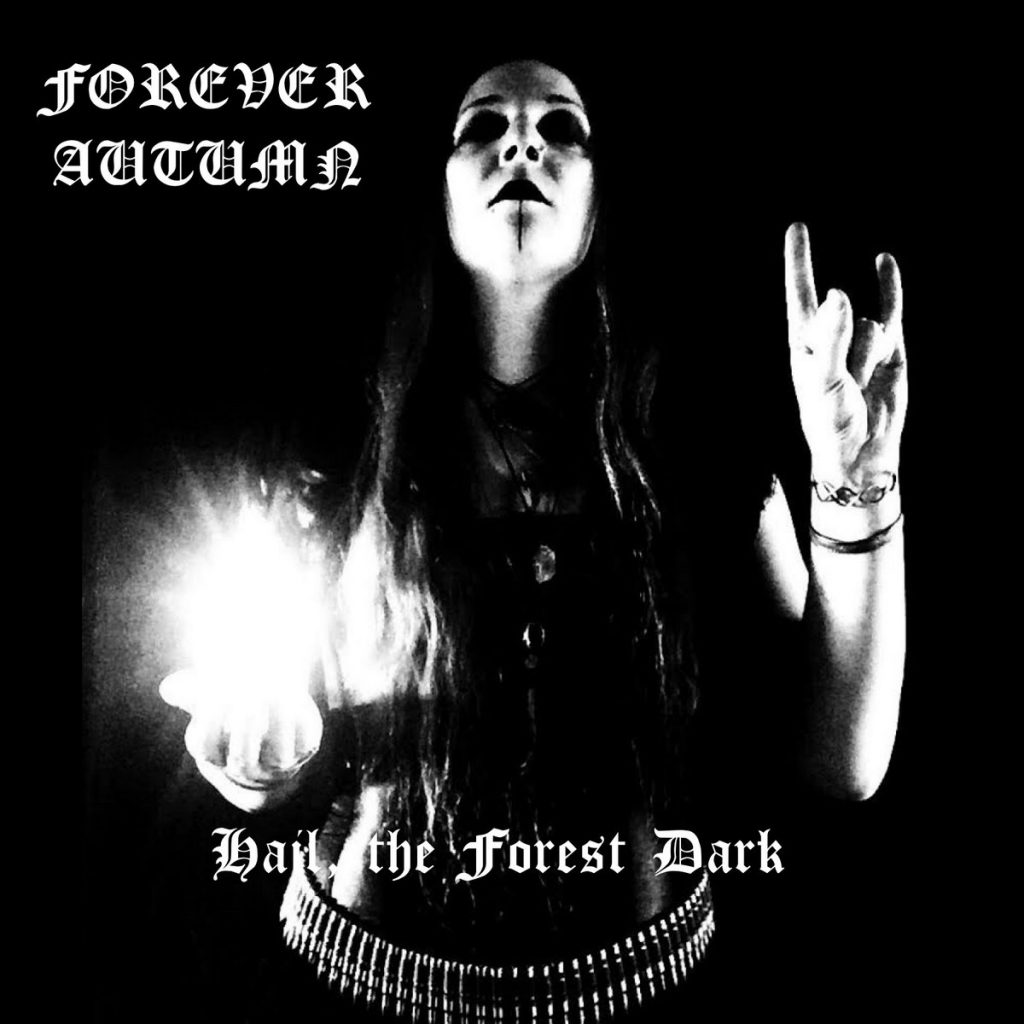 Tracklist:
01. Listless Pacings Of The Haunt
02. Amoung The Roots
03. The Firmament In Absence

»Listless Pacings Of The Haunt« is the new single from haunting, Avant-Garde, entity Forever Autumn. Landing ahead of their fourth release »Hail The Forest Dark« will be unleashed on September 3rd 2021. The album features a guest appearance from Aaron Stainthorpe of the legendary doom band My Dying Bride.

The second single from the upcoming EP gives a further glimpse into the dark with their black metal sound. Shrieking vocals, which could rival a banshee, form a haunting lead while heavily distorted guitars darken the surrounding musical atmosphere. 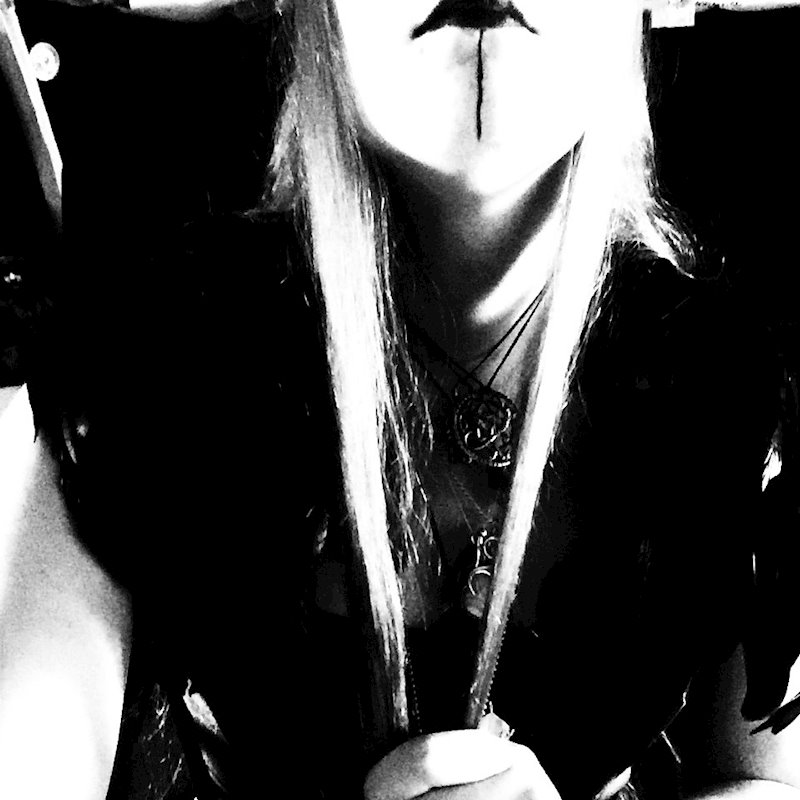 Avant-Garde entity Forever Autumn will be releasing their 4th masterpiece »Hail The Forest Dark« on September 3rd 2021. The album features a guest appearance from Aaron Stainthorpe of the legendary doom band My Dying Bride.

Mastermind Autumn Ni Dubhghail comments on the album: “This work is intended as a temporary departure from traditional Forever Autumn. It is a way to highlight the Black and Doom so underlyingly present in all Forever Autumn work. This is not a new direction, but an artistic expression. Forever Autumn remains dedicated to the vehicles of Acoustic Doom, Blackened Death Folk, et alia. Thank you for your continued support.”

Forever Autumn’s humble genius Autumn Ni Dubhghail abandons any and all prenotions of tradition. Intertwining elements from a vast swath of genres, this acoustic doom outfit is inspired by ancient Celtic, Slavic, and other European folk music, Forever Autumn masterfully crafts a raw sound that breaks down any generic barriers or borders.

Like seedlings scattered throughout the forest by the mere forces of nature, Forever Autumn’s imaginative sound grows with an organic sense of whimsy, cultivated within the vast influences of our megacosm. 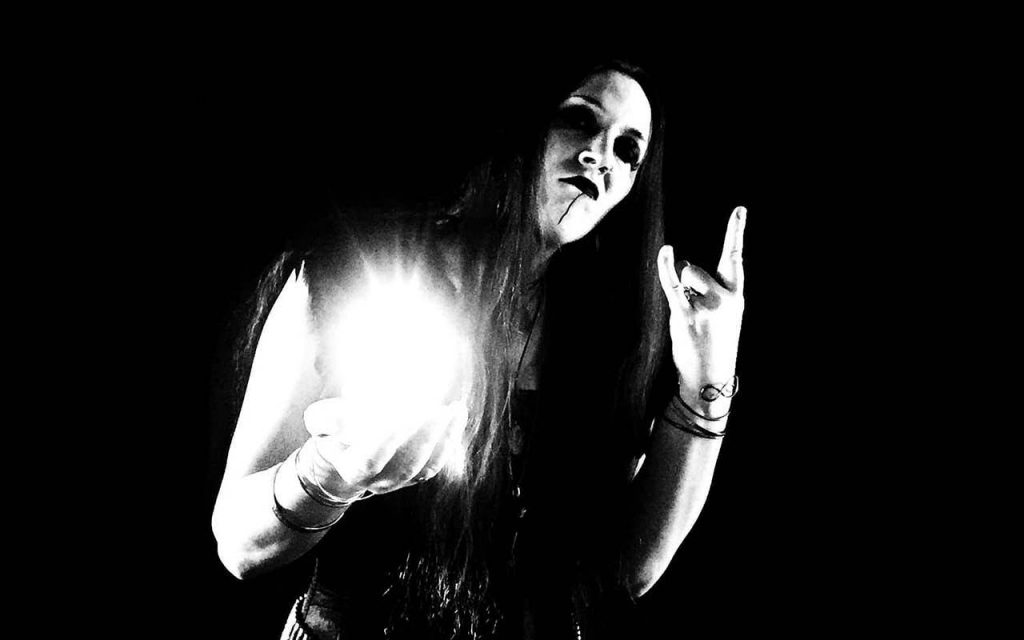 Ni Dubhghaill began composing Forever Autumn’s haunting music in 2000 and unleashed the band’s self-titled debut in 2001. Since then, Forever Autumn released seven more studio offerings and has appeared on numerous compilations. Ni Dubhghaill plays guitar, balalaika, bodhran, doom drum, rattle, and cello across Forever Autumn’s recordings, in addition to contributing a wide breadth of vocal expression that ranges from melodic singing to screams, howls, and chants. Cellist Jon McGrath joined Forever Autumn in 2008 and has been a stalwart complement ever since; together, he and Ni Dubhghaill create music that is, as Doom-Metal.com put it, “elegant in its simplicity, fragile in its beauty.”

Forever Autumn’s new recording »Hail The Forest Dark« continues the band’s enchanted musical tradition. The EP puts forth an elegance that cannot be matched or rivaled by any musical contemporary, taking fans on an adventure that is rife with excitement, drama, and unbridled craftsmanship.