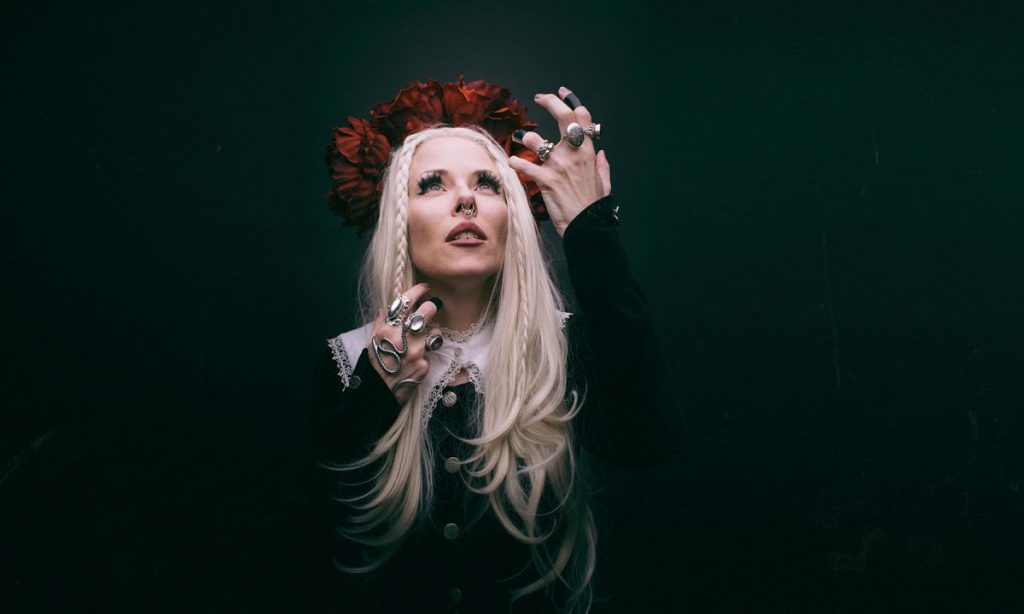 Frayle stream a music video for Snakes Of Russia‘s remix of the song »Gods Of No Faith«, taken from their debut full-length album, »1692«, which was released on February 14, 2020 via Aqualamb Records (US) and Lay Bare Recordings (Europe).

Frayle is a doom band from Cleveland, Ohio. They draw their inspiration from bands like Sleep, Portishead, Beastwars, Blonde Redhead, Kyuss, Massive Attack, Down, Chelsea Wolfe and many more. Frayle exists at the intersection of doom and dream pop and makes music for the night sky.

With »1692«, Frayle pushes the immense intensity and gorgeous ache of its unique sound and style through to uncompromising new plateaus. The group’s quantum weight, hypnotic rhythms, dark beds of sound, and the arcane female power of Gwyn Strang have coalesced into a sonic thumbprint both distinct and beguiling. As Frayle’s music inhales and exhales, building into atmospheric, chilly epics, Gwyn’s lyrics explore her own personality and experiences, referencing and representing her frustrations growing up in a strict Roman Catholic family, as well as alchemical ideals such as changing negatives to positives, or ascending from one level of understanding to another. While there is much darkness on the record, it’s also contrasted superbly with beauty, both fragile and fierce, in a way that feels weightless rather than plummeting, as if release truly is a possibility.

“»1692«, as the title of our album, references those who have been singled out and persecuted for their beliefs,” says Strang. “We strive to create a safe haven. A place to be vulnerable amongst the chaos.”