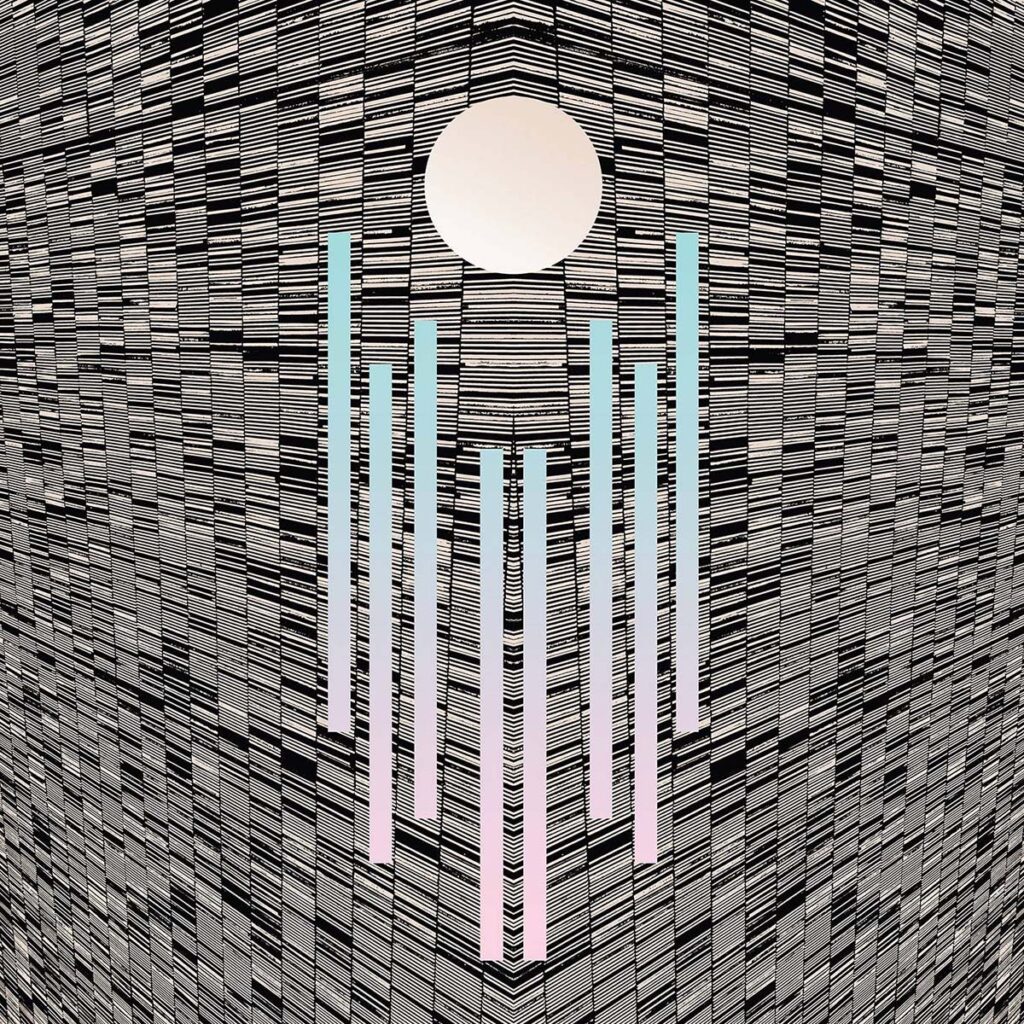 Paris, France based doom/post/art-metal duo WuW premiere a music video for the first single »Orchaostre 5« taken from their upcoming album, »L’Orchaostre«, set to release on February 3rd, 2023 via Pelagic Records.

Animation by The Phantasma Company, directed by Mathieu Baillargeon.

WuW is the sound wind makes when it blows on a hot night. Somewhere between atmospheric sludge metal and experimental krautrock is where the two classically trained Collin brothers forge their haunting atmospheres. Brooding, mysterious and suffocating, the fifth part of their upcoming record Orchaostre is a dark storm brewing. The careful buildup through repeating patterns is what makes the tension tangible and suffocating.

The band comments: “»Orchaostre 5« is the last track of the album but also the one we composed and recorded last. It’s a good summary of the mix of our influences, of the different aspects of our music and of the feelings that run through it, between moments of despondency and fierce will to resist, pessimistic darkness and instinctive and vital refusal to resign ourselves. Envisioning the worst and hoping for the best, to paraphrase wiser people than us.” 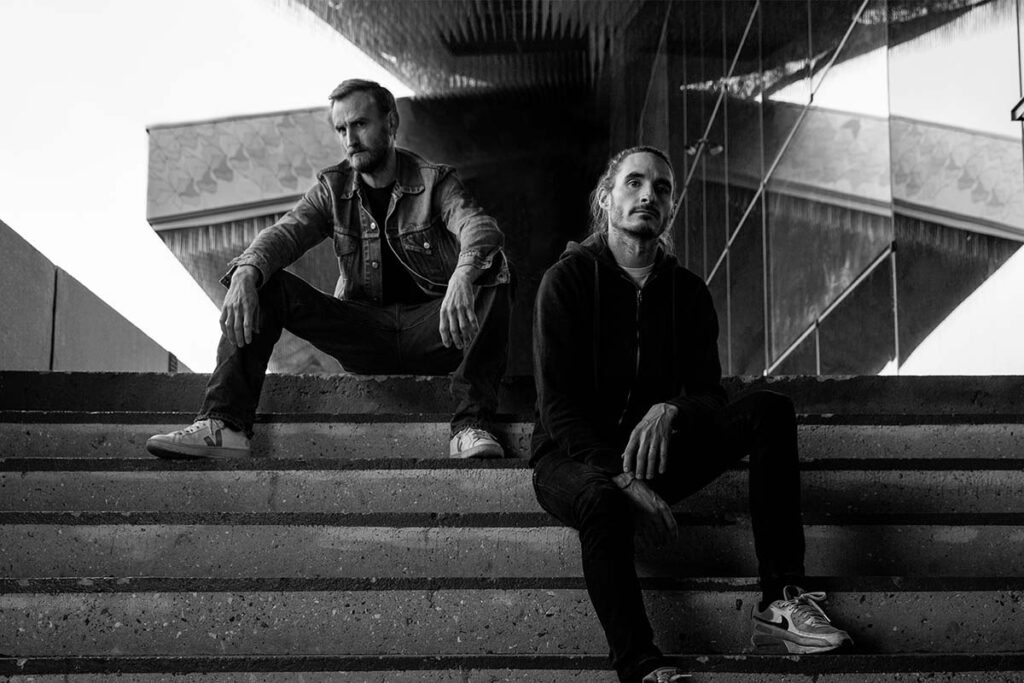 Pelagic Records are excited to welcome French avant-garde metal duo WuW to our ever-expanding roster of for- ward-thinking artists. Inspired by classical music, free jazz and drone the two classically trained brothers Benjamin and Guillaume Colin have been creating lo-f experimental post-doom epics in the vein of Year Of No Light, Dirge and Omega Massif since 2016. “WuW is the sound wind makes when it blows on a hot night,” explains the band, “It’s a low-end murmur that grabs you by the guts, a blast of air rushing through the mountains and the oceans.” Their upcoming third album »L’Orchaostre« is an anthem to a restless journey, a fve-part doom symphony that creates a shroud of oppressive atmospheres with only a pinch of light.

“Across the mangroves, we will invoke hope.” The two paragraphs that accompany this instrumental symphony of doom conjure up a group of young, dispossessed indi- viduals trudging through a post-apocalyptic wasteland. Against all odds, they venture into a desolate wilderness in search of a place where they can survive, without being sure of its existence. The heat is pressing. Something’s brooding. The silence is deaf- ening. The only sound is the splashing of their boots in the shallow water too contam- inated to drink. Yearning for the world that once was, they are crushed by the guilt of having played their part in the catastrophe that brought the world as they knew it to an end.

“Nous sommes l’orchaostre,” proclaim WuW on their third studio album, and indeed the two brothers slowly build their compositions to sound like a massive wall of sound. »Orchaostre 3« and »Orchaostre 5« are propelled by gargantuan rifs that fll the atmo- sphere like a hot summer wind. Albeit just a duo, WuW really appear as an orchestra on record, the way they march through the diferent parts of their epic compositions. Being infuenced by minimal music and contemporary classical music, the themes are cyclical, repeating themselves until they change meaning, shape-shifting new themes emerge. 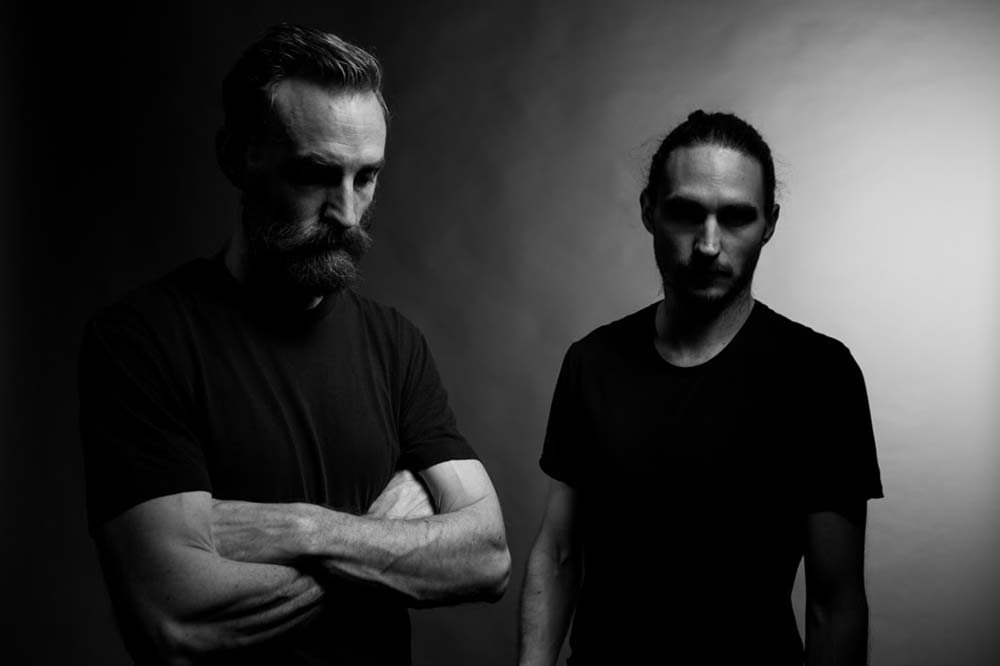 With their third studio album, WuW deliver a veritable post-metal odyssey, one that takes you on a journey through rhythm and texture and that lets your soul wallow in a soft shell of desolation. The marching rhythm of »Orchaostre 1« and the swaying rhythm with the slow chugging patterns of »Orchaostre 2« take you along on this intric- ate journey, slowly numbing the senses in the throes of repetition. Nevertheless, for those who manage to keep their eyes peeled on this descend into forgetfulness, there is a world of beauty and a spark of hope to be found.

The atmosphere is thick, the mood is heavy, and across the slow rifs and funerary drumbeats, the wailing e-bow guitars and myriad of synthesisers evoke kafkaesque at- mospheres as well as strange poignant textures that inspire desolation. Evoking the work of early electronic music innovators, notably during the climactic fnale of »Orchaostre 1« but also halfway through »Orchaostre 3« WuW breed a sense of pristine beauty, like unadulterated nature. In fact, the beauty of »L’Orchaostre« feels so un- spoilt, so devoid of any human infuence, it becomes alien, resulting in a harrowing ex- perience of the exquisite in the eye of a hot and hazy storm.