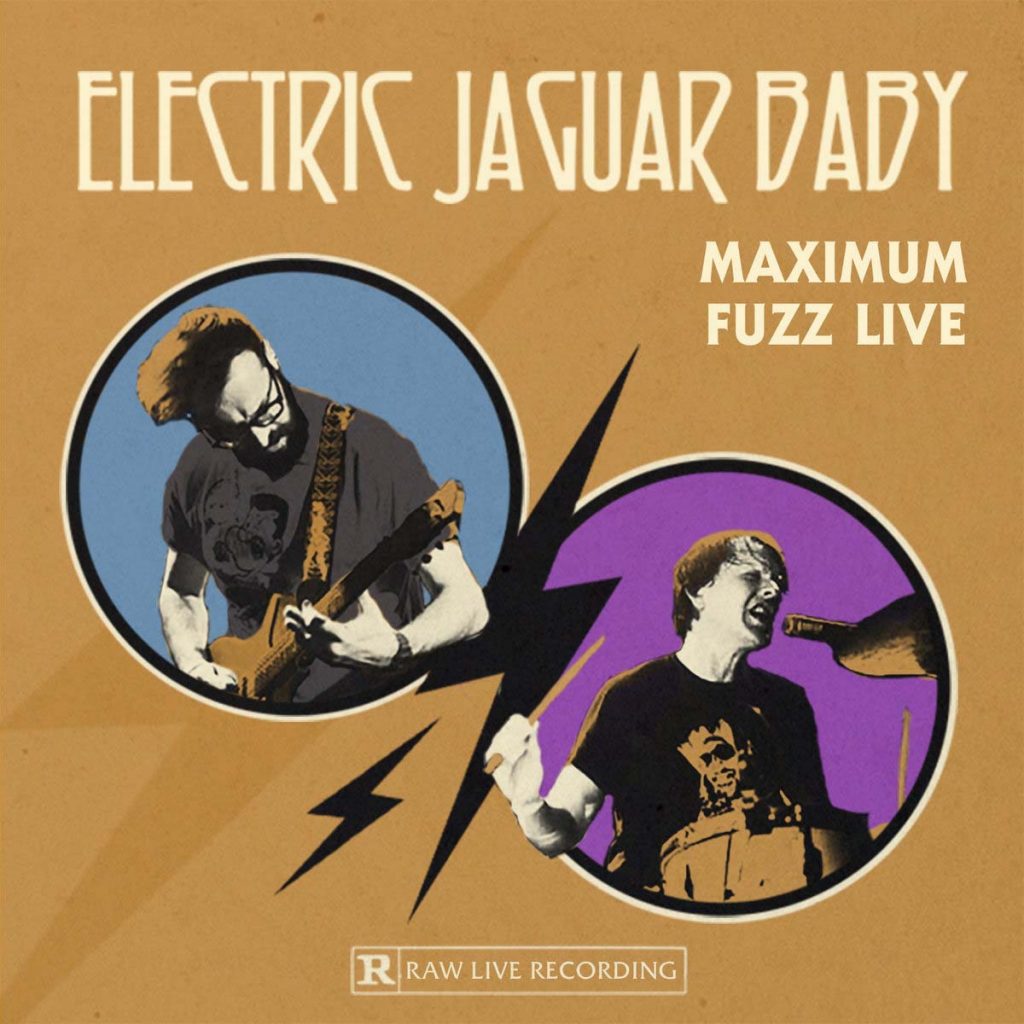 Deluxe reissued edition of their self-titled album out now via El Diablo Records and Slice Of Wax Records.

“Lords Of Altamont hitting Black Sabbath and the Fuzztones head on … We hope it doesn’t stop there.” (Music In Belgium, 2020)

For reminder, their self-titled album is still available on deluxe digital edition with 4 bonus tracks on Bandcamp and on CD & LP through their own imprint El Diablo Records and the French label Slice Of Wax Records.

Says the band: “After almost one year without live shows we thought it’d be cool to put out a live record to feel this live vibe and energy! We ARE a LIVE band!
Please enjoy 8 raw & fuzz live songs from different eras of Electric Jaguar Baby, recorded on tour:
• Le Sax / Acheres (2020)
• La Scene Michelet / Nantes (2020)
• La Mécanique Ondulatoire / Paris (2017)

FREE download or Name Your Price to support us!”

Since their birth in 2015 in Paris, Electric Jaguar Baby have no-stop praised the cult of fuzz, offering it tracks born from a gang-bang with Ty Segall, Josh Homme, Jack White and Ozzy Osbourne, sprinkled with retro and occult 70’s vibes.

Kitschy shirts and a Big Muff (volume on 11) are enough the fire up the stage, their favourite playground. 4 European tours in 3 years, with groups like Go! Zilla, Black Rainbows, You Said Strange, The Butcherettes, Zig Zags, Death Valley Girls, and L.A. Witch.

The jaguars are pumped up: 3 EPs in 3 years too, all done following their 100% DIY beliefs, they released a fan- financed first vinyl in June 2018 (»The EP Compilation«) on their own record label El Diablo Records.

Their determination takes them to their first album, which bares their name. After a year of recording and relentless work, it sees light of day in October 2019. A rock-hard 9 track album, spiced up with fuzz and awesome guests on vocals, such as Bonnie Bloomgarden from Death Valley Girls, Gabriel Ravera from Mephistofeles, Marko from Watkins / 7 Days Before and Eddie from Trailer.