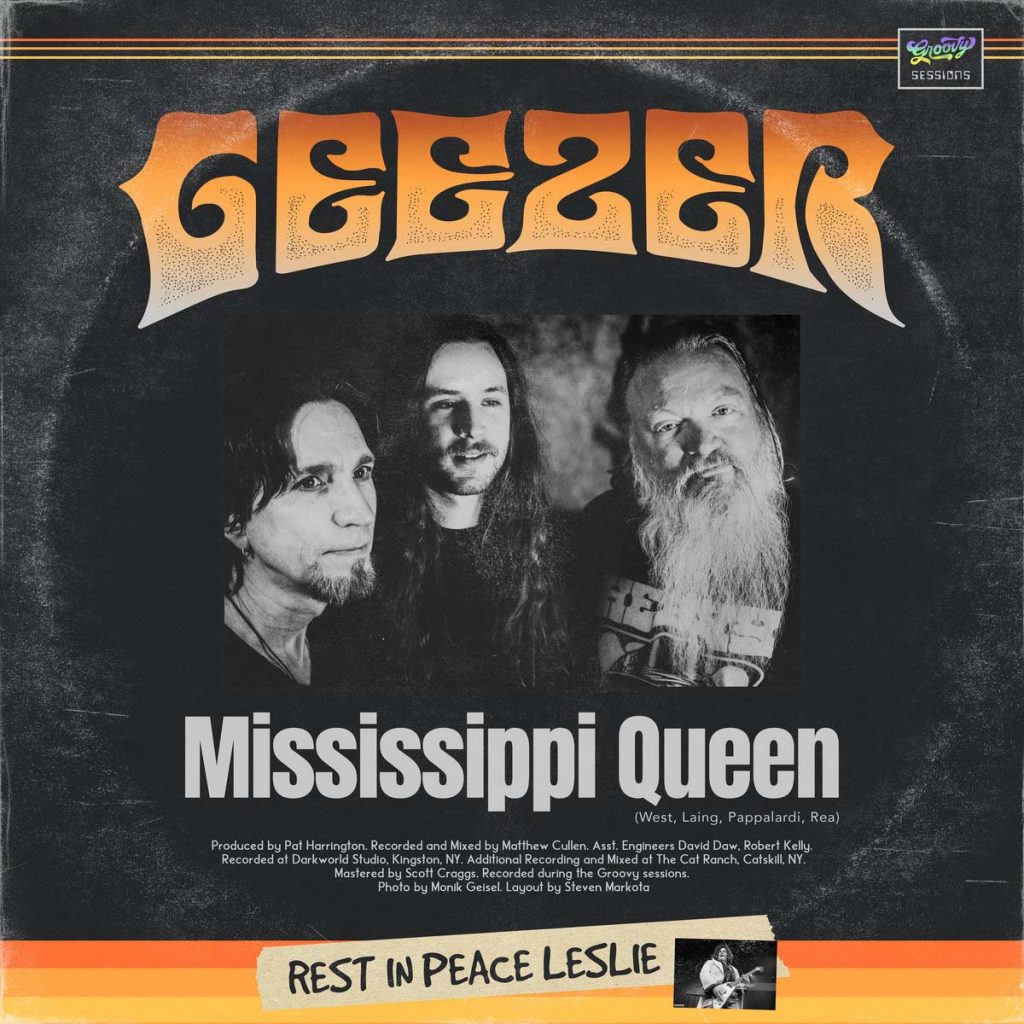 The band comments: “We’ve been sitting on this song for well over a year. It was left off the album »Groovy« mainly due to time constraints. In honor of the passing of the mighty Leslie West, we now present our version of »Mississippi Queen«.

The main version includes an extended jam. We also are including a “radio edit” that stays truer to the original. This was the second take and the jam was almost entirely improvised.

Rest In Power Leslie West. A mountain of a man and a monster riffmaster.

Hailing from Kingston, NY, Geezer formed in 2012 and have made a bluesy spirit a staple of their approach, and especially with 2014’s »Gage« and their 2016 self-titled leading into »Psychoriffadelia«, they expanded this idea to more open, jammier explorations, a take on heavy psychedelia still informed by the swamp that led to their first European tour in 2017, including Freak Valley Festival in Germany. They have shared stages with High On Fire, Acid King, Nebula, Earthless, Ufomammut and many more. After spending the better part of the last three years touring, writing and solidifying their lineup around guitarist/vocalist Pat Harrington, bassist Richie Touseull, drummer Steve Markota, trio returns in 2020 with what is unquestionably their most realized work to-date, »Groovy«. It is their fourth long-player and solidifies their approach to trippy, heavy blues and classic songwriting.