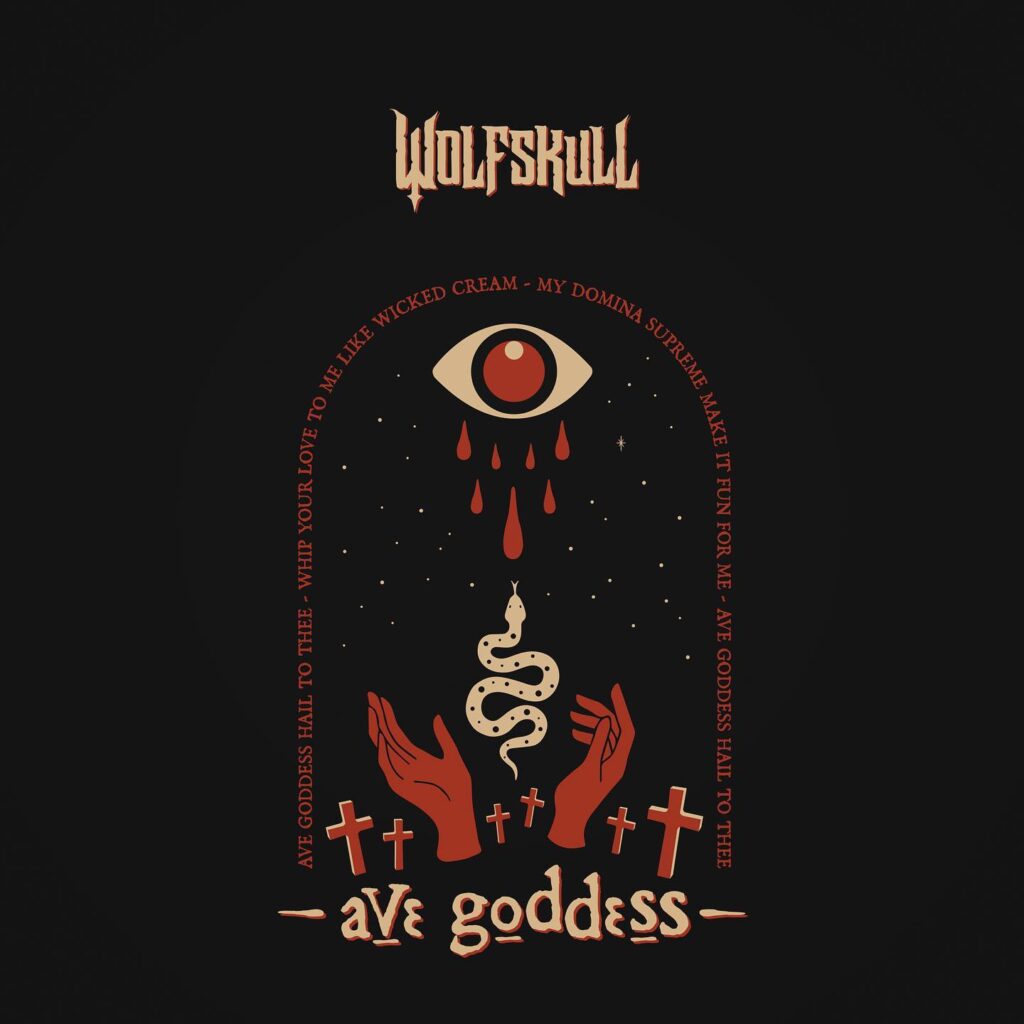 Wolfskull’s new album »Ave Goddess« is bursting with melody, variety and depth and still has all the dynamics and heaviness that you know from their first EP »Hexum«.

Songs like »Nocturnal Blue«, »Danza Kulebra« and title track »Ave Goddess« will stick in your ears for days, while »Black Winged Angels«, »Order Of The Obscene« or »Vargabond« let you raise your fist while joining Pete 9 singing these mighty melodies.

Check out the band’s live shows and support them with buying merch and telling friends about their music.

Spread the word of the Wolves! 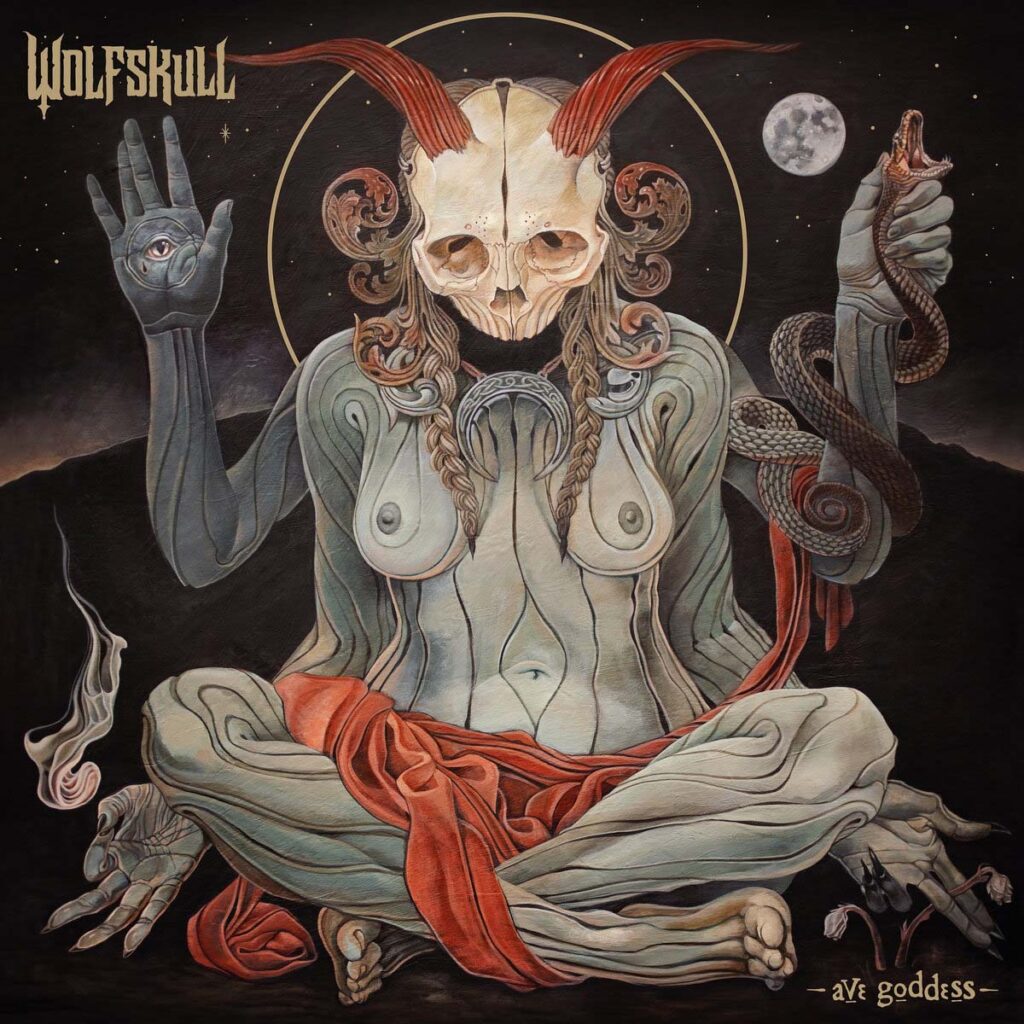 All songs written and arranged by Wolfskull.
All lyrics written by Pete 9.
Recorded, mixed and mastered by Michael Danielak and Franky Kühnlein (One Vision Music) at Schallsucht Studio in Hagen, Germany.
Artwork by Alex Reisfar, Portland Oregon, USA. 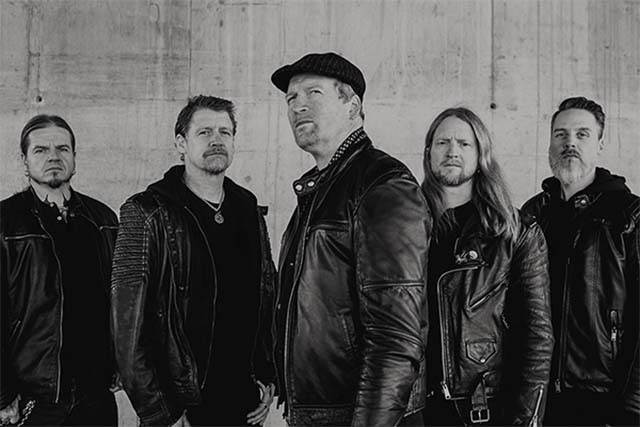 Wolfskull – this name represents souvereignty, dynamics and harmony combined with bone-dry riffing and impulsive, driving rhythm. The five-piece band from Northrhine Westfalia, Germany was founded in spring 2018 by mastermind Ross Feratu with a handful of songs and a rare vision of what this band should be all about.

With former members of bands like The Spook, Gorthaur’s Wrath, Zero Mentality, Tausend Loewen Unter Feinden, Fryder and Crossplane this pack of five fierce experienced musicians creates their own fresh version of rock and metal music people miss so dearly from their favorites bands these days.

Wolfskull’s music moves masterfully between metal and rock, it impresses with solid arrangements, brilliant melodies and excellent, catchy songwriting. The distinctive voice of singer Pete 9 ultimately gives the songs their own spice and takes the listener into a bizarre world full of dark magic.