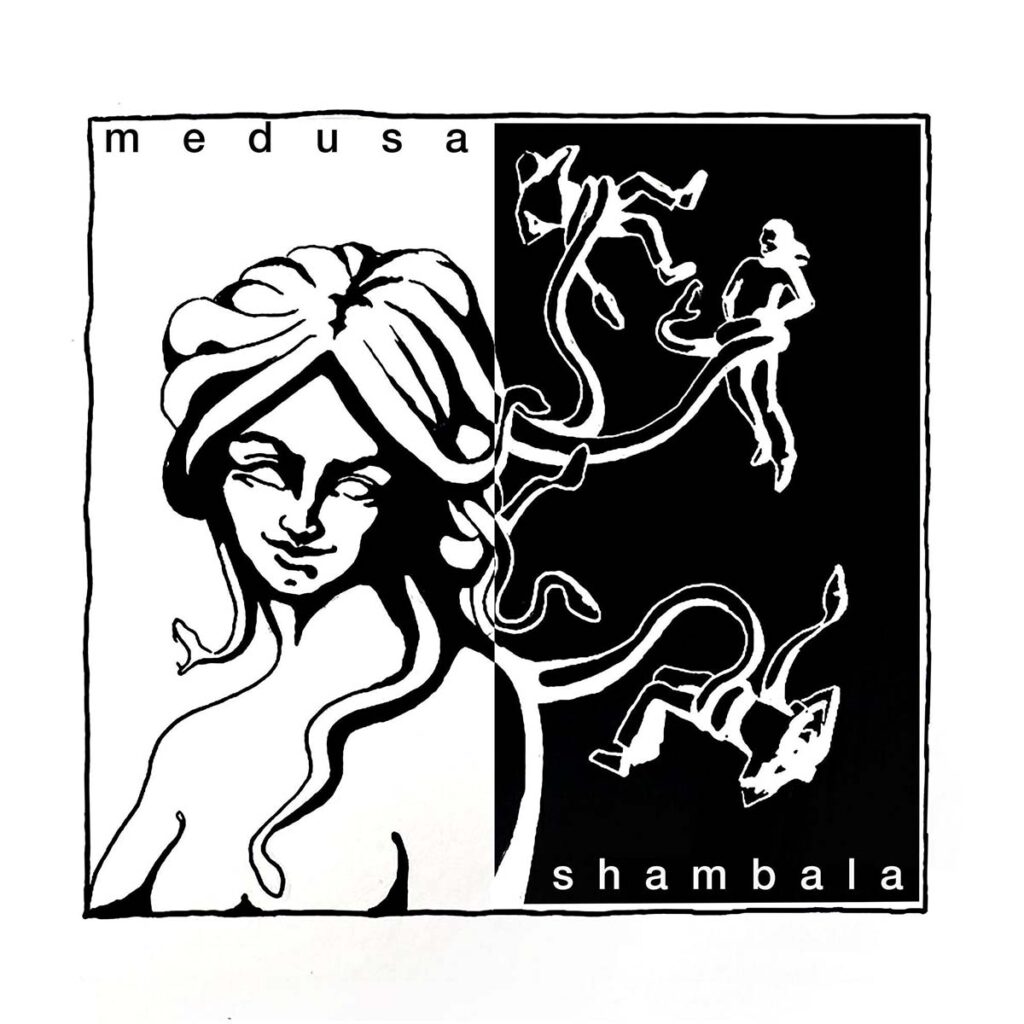 Grunge from Germany with German lyrics does not exist yet… or does it? With their upcoming single »Medusa«, Shambala are managing to create something unique the German music scene hasn’t quite seen yet. The three-piece post-grunge band from the city of Mainz (Rhineland-Palatinate) combines the raw and energetic sound of 90’s alternative music with its authentic spirit & attitude while establishing their own unique 2022 style. »Medusa« is letting the viewer get into a dark & psychedelic world. A roller coaster trip full of relatable emotions regarding unrequited love, friendship and mental distress, which is supported by the singer’s powerful voice as well as the band´s distortion-fuelled guitars, chunky basslines and hefty ebullient drumming.

Shambala is an independent post-grunge/alternative metal band from Mainz, Germany. The trio was founded back in 2017 when three young, drunken dudes randomly met at a metal festival. These dudes decided to form a band after meeting and jaming a bit and then returned to the festival two years later to play there alongside various well-known artists after winning two local music contests. They released their raw & energetic debut EP »Trapped Inside«, recorded in a clubhouse in exchange for some wine, in September 2020, followed by two more studio singles, recorded & mixed at Electric Soul Tonstudio and a small live EP recorded at the Sommerbühne Live concert on September 2021, one year after the debut EP release. Their latest 2022 release and first single in German is called »Medusa«.