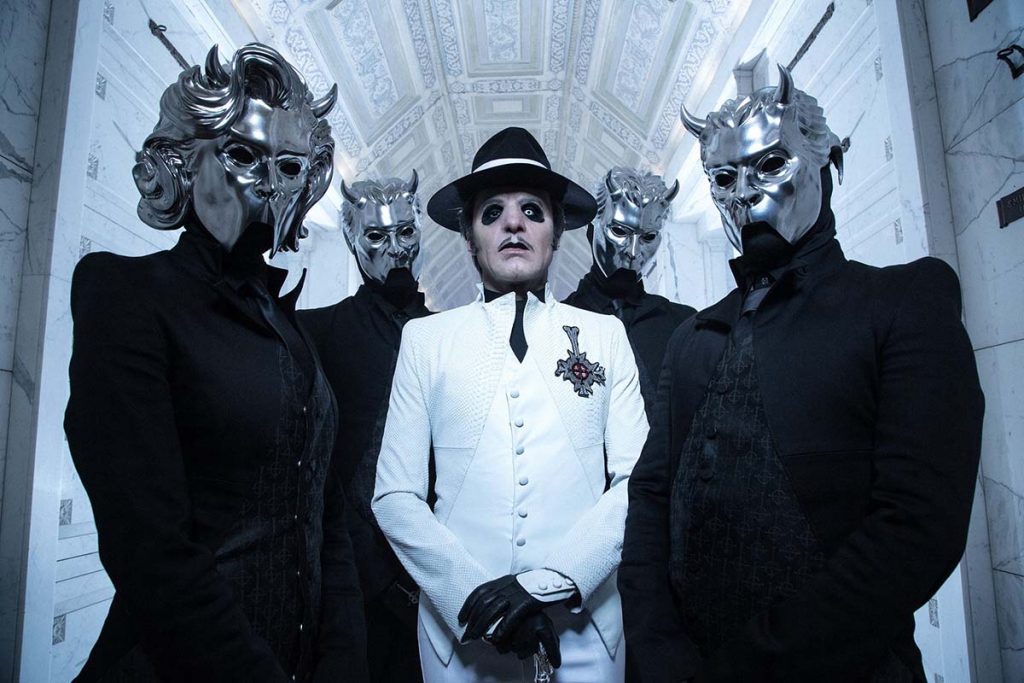 Ghost has unveiled a cover version of Metallica’s »Enter Sandman« from the tribute album »The Metallica Blacklist«, available now on all digital streaming platforms and arriving on vinyl and CD on October 1st, 2021. All profits will be donated to charities of each contributing artist’s choice along with Metallica’s own foundation, All Within My Hands.

[MESSAGE FROM THE CLERGY]

It’s no secret that Metallica’s self-titled fifth album – a/k/a »The Black Album« – is one of the most commercially successful records of all time. Its 1991 release propelled Metallica to bona fide household name superstardom, and its impact and relevance have only grown with the years: »The Black Album« remains the best-selling album of the past three decades, and one of only two albums that have spent 550+ weeks on the Billboard 200.

»The Metallica Blacklist« celebrates the 30th anniversary and enduring influence of this musical milestone with one of the most ambitious projects ever conceived by the Metallica team: An unprecedented 50+ artists spanning an unbelievably vast range of genres, generations, cultures, continents and more, each contributing a unique interpretation of their favorite Black Album cut. 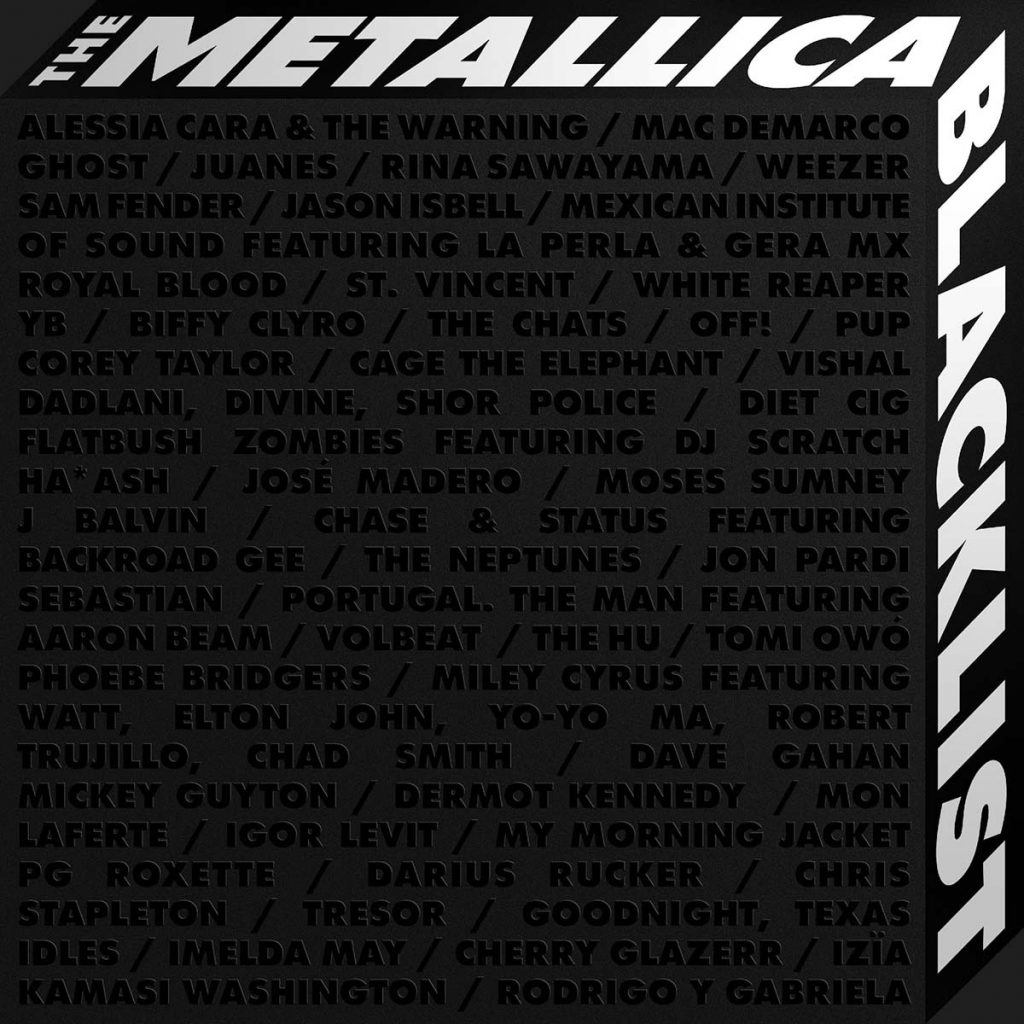 Much more than a mere tribute, »The Metallica Blacklist« offers up new dimensions of the record whose gravitational pull first drew the mainstream to Metallica in 1991—and provides new insights into the universal and timeless appeal that kept it there: the boundary-smashing influence these 12 songs have had on fans and musicians of all stripes. Blacklist’s 53 tracks find singer songwriters, country artists, electronic and hip hop artists sharing their love of these songs alongside punk rockers, indie darlings, icons of rock, metal, world music and many, many more…

»The Metallica Blacklist« is a fitting and limitless homage, one that features bands who’ve shared stages with Metallica alongside artists who are younger than the original album. It’s a truly staggering, at times mystifying assemblage of musicians, dozens of whom have little to nothing in common other than the shared passion for the music that’s united them for this album. And really… nothing else matters.