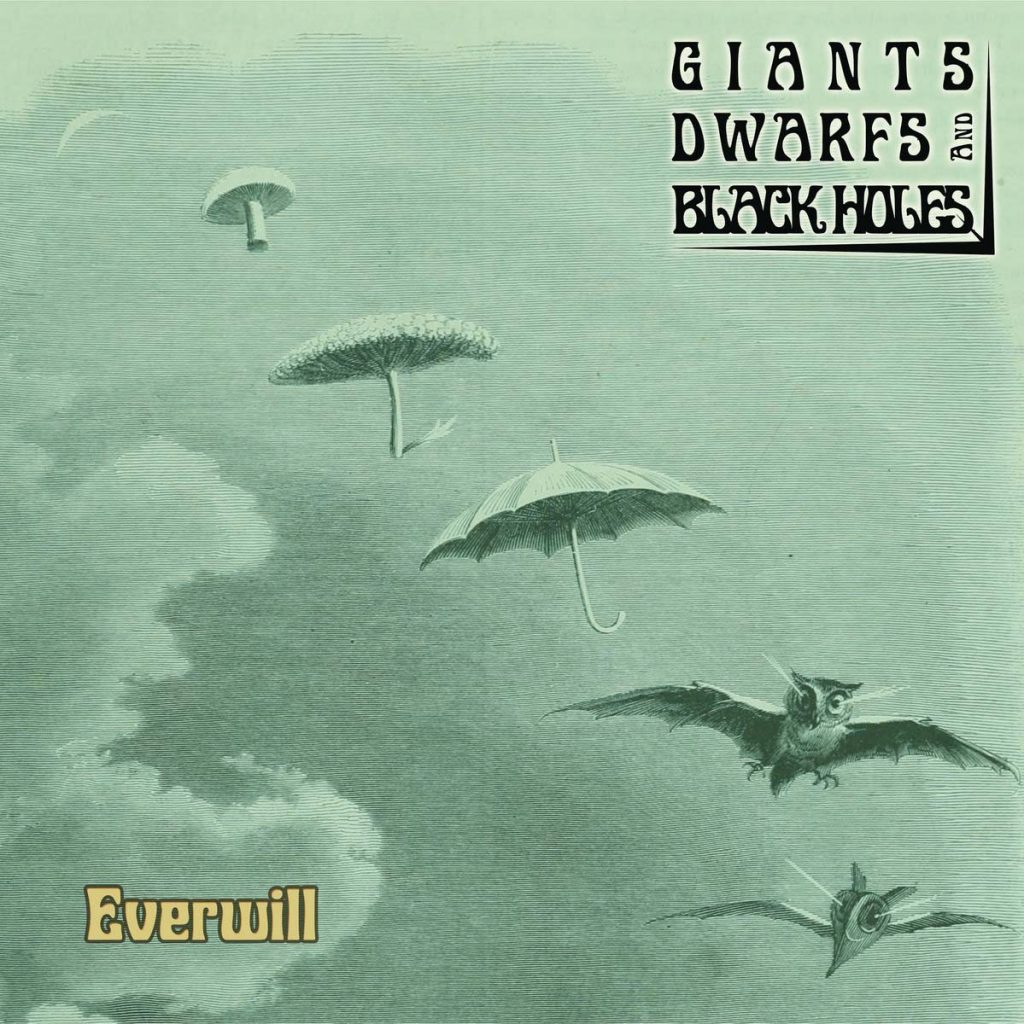 »Everwill« is available for now only on digipack CD, but the marble black/green vinyl is coming in the nearest future.

Giants, Dwarfs And Black Holes also released an extended version of the song »December Bloom« from the album.

»Everwill« – the debut album of Giants, Dwarfs And Black Holes from Germany brings 42 minutes of psychedelic rock, where heavy, acid and stoner riffs intertwine with progressive elements, where doom meets blues, where classic rock structures transform and confuse with long improvised jam parts. Everything is covered with the characteristic and strong female voice, which glides, hypnotizes and above all refines the multi- coloured musical picture even more. Giants, Dwarfs And Black Holes was formed in December 2019 as newborn brainchild of a few experienced musicians. The band is a result of so-called friendly fusion of 2 local bands from Rhein-Main region (Germany), which were constantly struggling with the line-up problems. To finally solve this trouble they resolve to choose a common path… And after a few successful, way-out and wicked jam sessions full of esoteric energy and micro- macro- and multidimensional spiritual events they decided to unite under the common name Giants, Dwarfs And Black Holes.

The musical starting point is heavy psychedelic rock – a musical journey into the cosmos inside ourselves – from 70’s psychedelic rock through stoner, desert, space, blues, progressive, acid, kraut, jazz to grunge and doom.