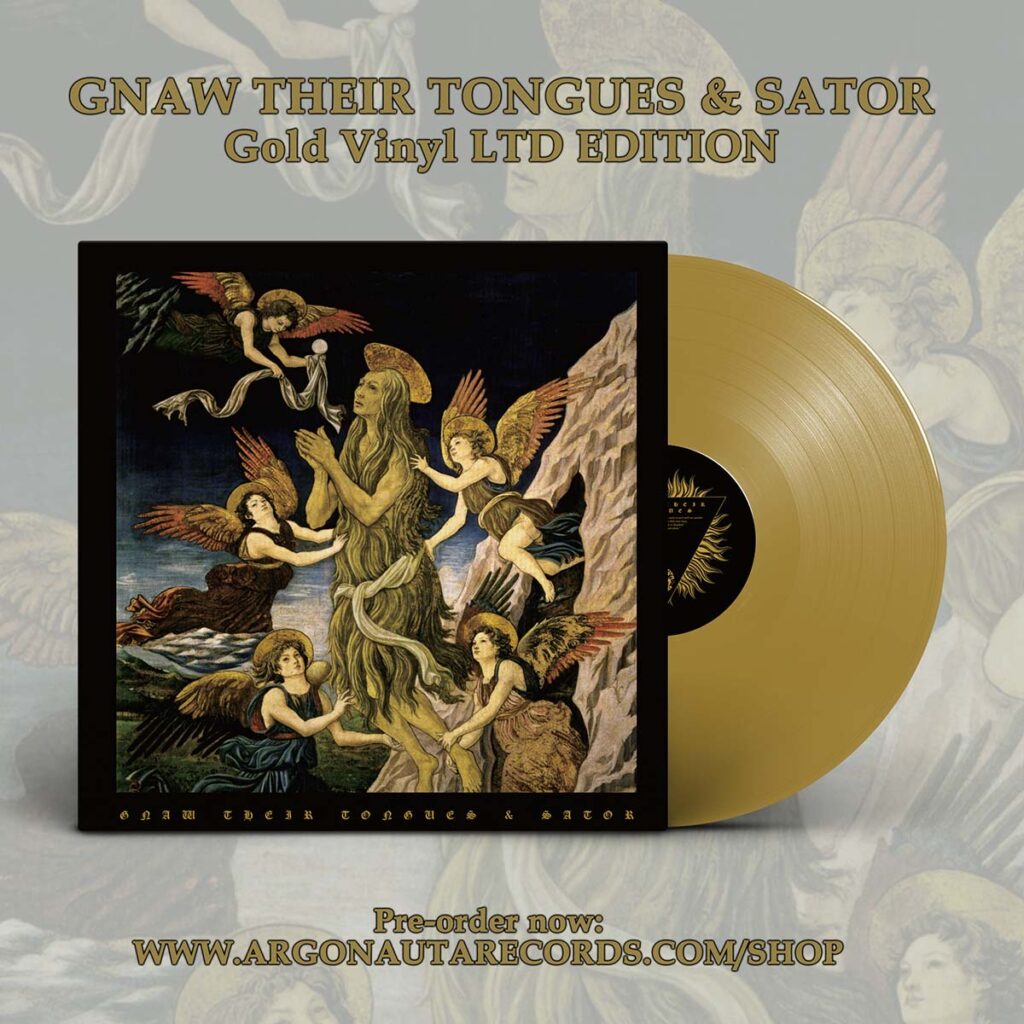 Gnaw Their Tongues and Sator are gearing up to release a split LP on January 27th, 2023 via Argonauta Records.

Listen to the first single »All Nature, All Formed Things, … Part III« by Gnaw Their Tongues!

Gnaw Their Tongues to release new material via Argonauta Records; announce split vinyl with Sator and new song!
Pre-orders are up, 100 copies available via our store and you can save 20%: bit.ly/GTT-SATOR_Vinyl

Gnaw Their Tongues, the experimental musical project started by Dutch multi-instrumentalist and composer Maurice de Jong, after a period of hiatus (while involved in other musical projects) announce new stuff that will be released by Argonauta Records in a strictly limited to 300 copies vinyl edition, split with Italian sludge kraut-rockers Sator.

Maurice says: “The circular motion of pain and relieve betrayed by blind faith and lost scripture. Gnaw Their Tongues return to the sound of earlier recordings: heavy and slow pounding drums and earthquake basses. The sound of the damned being dragged down to hell.” 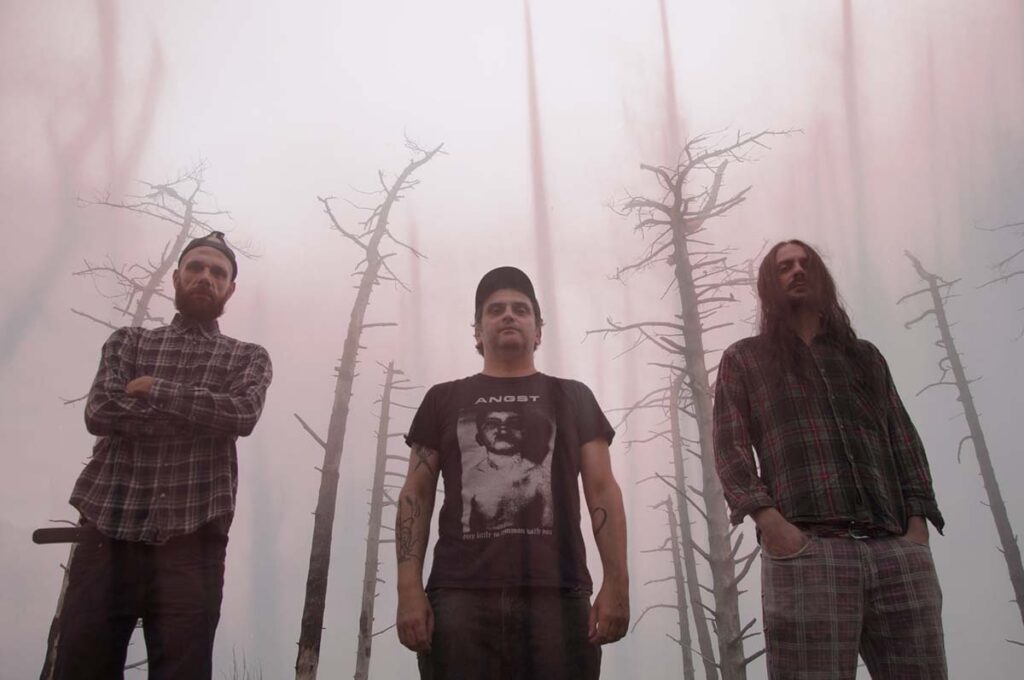 Sator, while promoting the release of their latest and recent album »Cleansing Ritual« took the time to give form and life to new Space Hymns celebrating their legacy and the opportunity of this collaboration.

The band says: “When Gero of Argonauta Records asked us to join Gnaw Their Tongues in a split album we were beyond thrilled! Maurice is a true Wizard of Sounds and it’s an honour to share a release with his main project. We closed ourselves in the rehearsal room and managed to write 2 slabs of freaked out psychedelic sludge. Expect to be crushed by heavy riffs, then lifted up by spacey jams… just to be crushed again more heavily!”

The split vinyl is expected as a January 27 release date and you can hear an exciting glimpse of Gnaw Their Tongues tunes here!