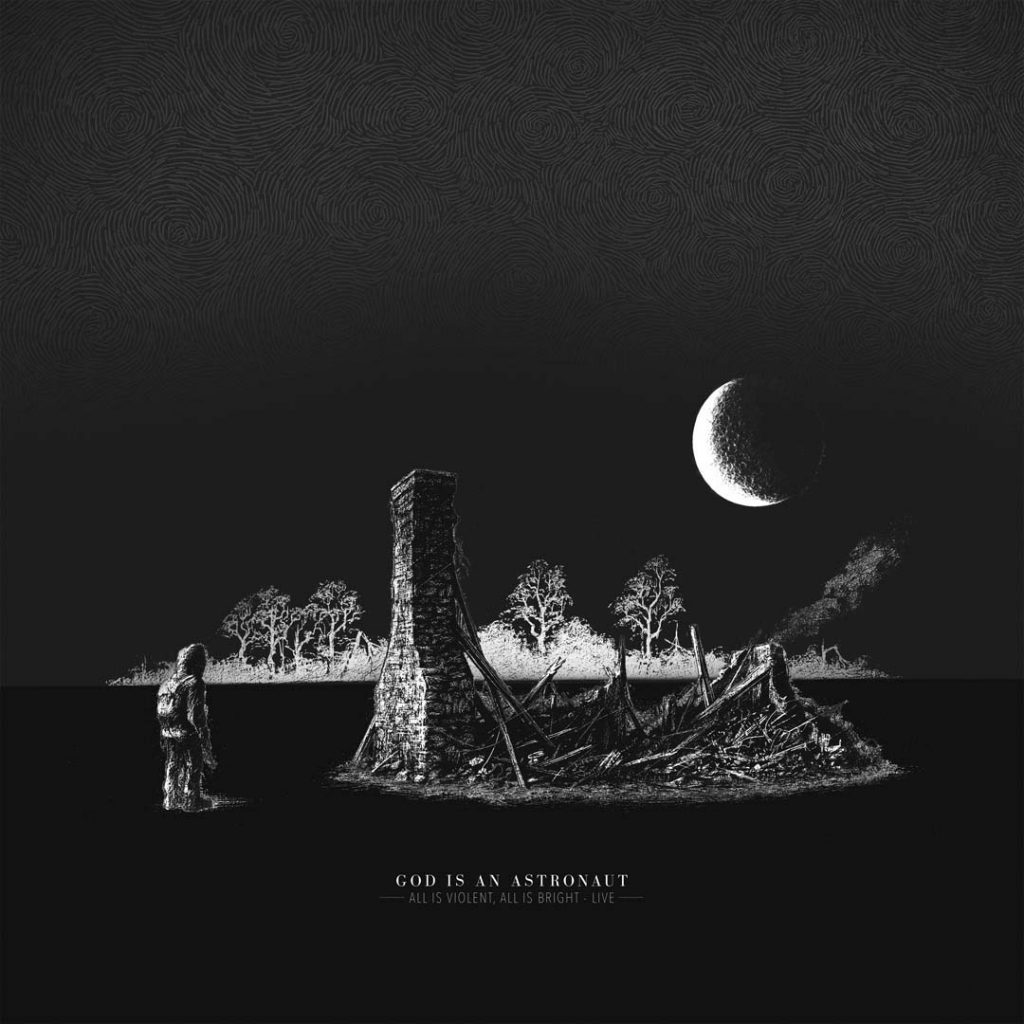 Irish post-rock band God Is An Astronaut announce a live version of their sophomore album »All Is Violent, All Is Bright«, released in 2005.

The band comments: “On Jan 23rd 2021 we recorded a live version of our sophomore album in one of Ireland’s most prestigious recording studios. Initially we had planned to perform the entire album live in 2020 to mark it’s 15-year anniversary and subsequently in 2021 due to the Covid-19 disruption. We still hope to perform the album in its entirety in 2022 but for now to help us through what looks like another year of no live shows we will be releasing »All Is Violent, All Is Bright Live«.”

Recorded at Windmill Lane Recording Studios all 10 songs are accompanied by a live video which captured the performance as they happened. All songs were recorded in one take with no overdubs preserving the live authentic experience.

All songs written and produced by God Is An Astronaut (2005).
Recorded at Windmill Lane Recording Studios in Dublin on Jan 23rd, 2021.
Engineered by Zachary Dutton Hanney and Fergal McKeown.
Mixed and mastered by Torsten Kinsella at Quill Lane Studios.
Artwork by David Rooney.