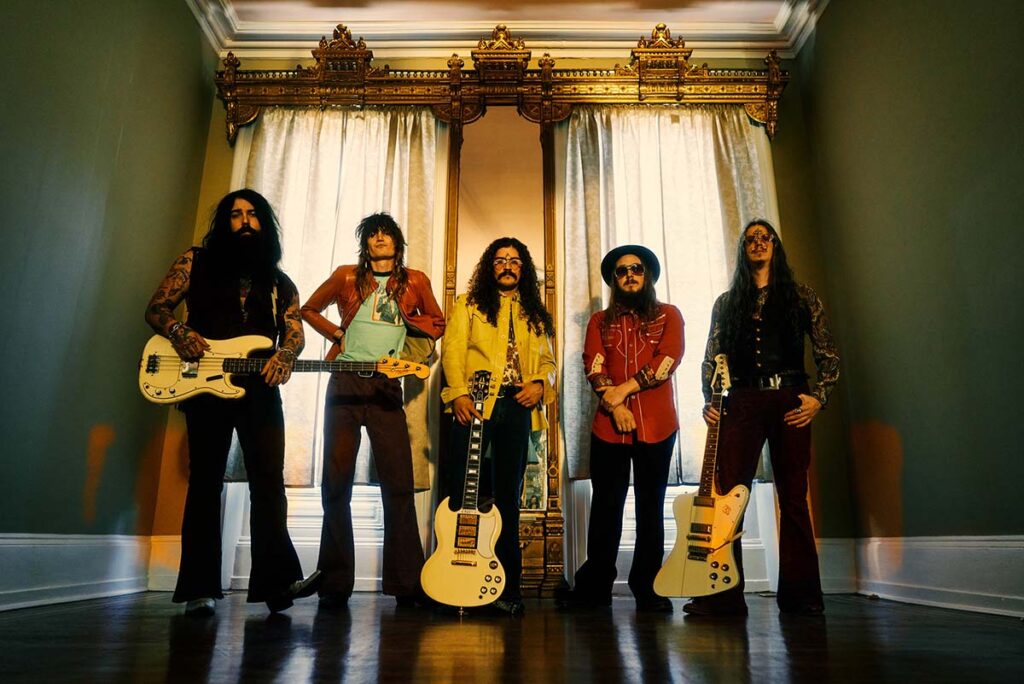 Album trailer can be viewed below!

Grave Bathers have been decimating audiences with high decibel, high energy live performances since their formation in 2018 and quickly gained notoriety with their ambitious »Feathered Serpent / Death Hand« 7” EP released via Seeing Red Records in 2020. Upon first listen, The Sleeping Shaman hailed the band’s, “epic riffs, piercing Robert Plant vocals, tales of outlaws and bloodshed, all above some truly gorgeous bass work,” while Doomed And Stoned lauded “a sound that shuffles well with the rockier side of Pentagram, Black Sabbath, and Portland street doomers R.I.P.” Added Metal Temple, “Grave Bathers’ EP is the epitome of doom metal, and resembles every corner of the atmosphere through their clouded movements… the EP deserves a listen through the graveyard.” The band’s authentic blend of bombastic boogie, booty shaking hard rock, heavy psych, and episodic doom earned them both critical acclaim and the momentum to pick up endorsements by Orange Amplifiers and Ampturco Guitar Werks. 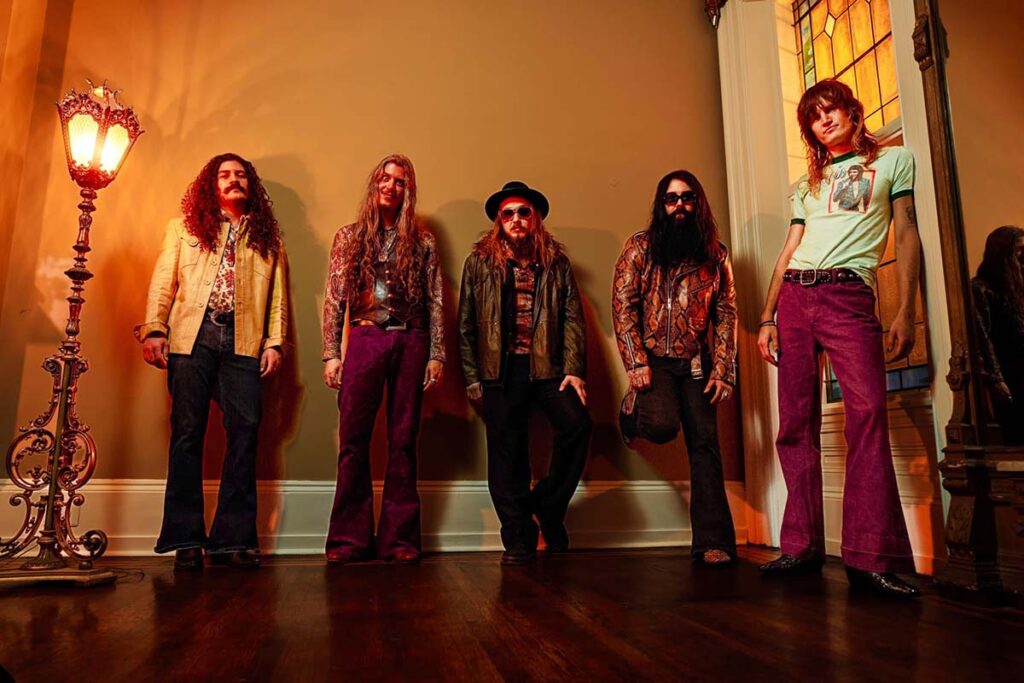 Grave Bathers continues to make strides in the streets by writing, touring, and playing with great acts such as Ruby The Hatchet, Blackwater Holylight, Rifflord, Deathchant, Warcloud, Tower, Scorpion Child, Zed, Howling Giant, Amplified Heat, Ecstatic Vision, Holy Death Trio, Heavy Temple, Mick’s Jaguar, and many others. Their momentum is no surprise: the band boasts the decibel-smashing guitarist Jaret Salvat-Rivera of Heavy Temple as their lead riff ripper and later added drummer Sean Lafferty of Yatra into the fold to forge their most dominant lineup yet. The talent-stacked Voltron has since earned thousands of fans online through their iconic style, viral gear porn, vintage analog recording methods, and Spotify presence; all with only three singles out. Upon first listen,

Further info on »Rock ‘N’ Roll Fetish«, including artwork, track listing, first single, and pre-orders, will be unveiled in the coming weeks. In the meantime, view the album trailer at THIS LOCATION and get psyched.