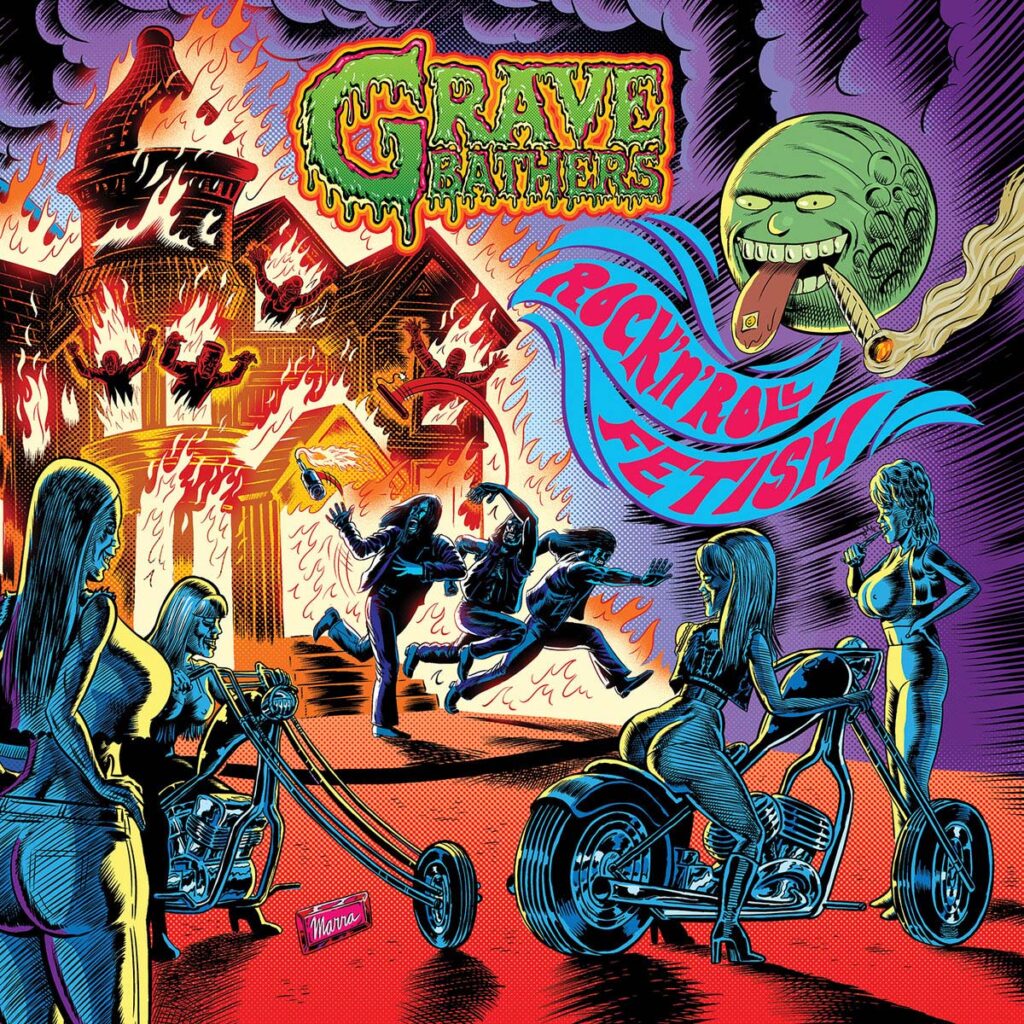 Listen to another track »Mongoloid Supreme« below!

Observes Heavy Blog, “The first part of the track hits hard enough but when we get to the two and a half minute mark and its pregnant silence is where things really kick off. The groovy riff which takes over, the verging-on-a-scream vocals, and the incredibly effective drums and bass combos just skyrocket this track into the stratosphere. It makes one think of the groovier Clutch tracks (or, if you’re particularly well educated in this field, The Bakerton Group). But this is far from where the track ends: there’s an unexpected, and very articulate, drum solo, the return of the riff for an explosive outro, and a blistering guitar solo to wrap everything up…”

Decimating audiences with high decibel, high energy live performances since forming in 2018, Grave Bathers quickly gained notoriety with their ambitious »Feathered Serpent/Death Hand« 7” EP released via Seeing Red Records in 2020. Upon first listen, The Sleeping Shaman hailed the band’s, “epic riffs, piercing Robert Plant vocals, tales of outlaws and bloodshed, all above some truly gorgeous bass work,” while Doomed And Stoned lauded “a sound that shuffles well with the rockier side of Pentagram, Black Sabbath, and Portland street doomers R.I.P.” Metal Temple called the EP, “the epitome of doom metal,” adding, “[it] deserves a listen through the graveyard.” The band’s authentic blend of bombastic boogie, booty shaking hard rock, heavy psych, and episodic doom earned them both critical acclaim and the momentum to pick up endorsements by Orange Amplifiers and Ampturco Guitar Werks. 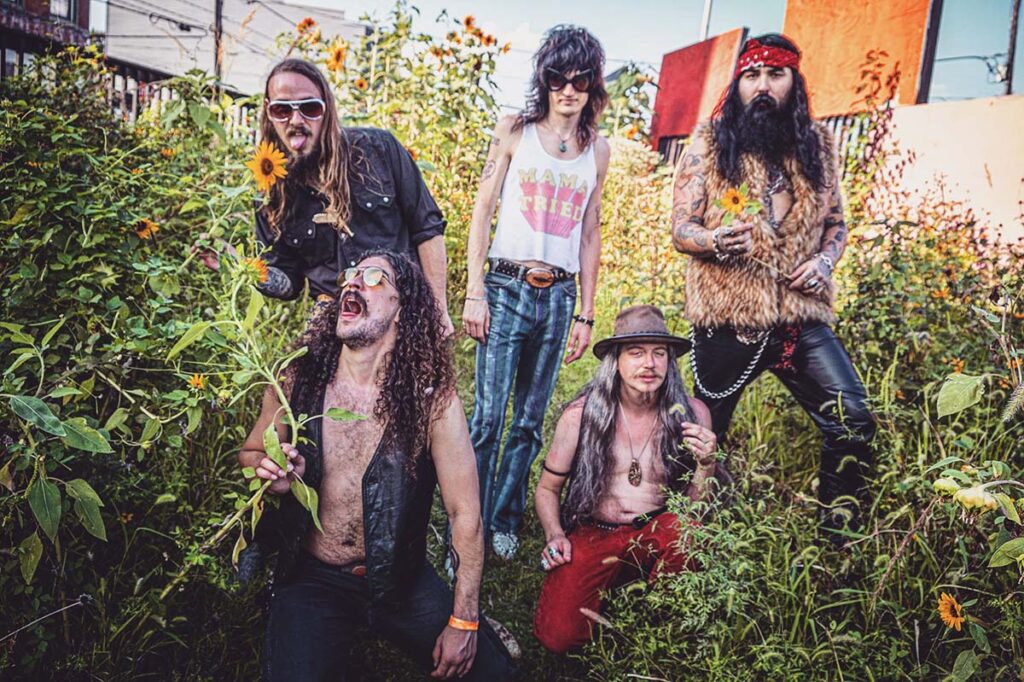 »Rock ‘N’ Roll Fetish«, which features the brilliantly sleazy cover art of Benjamin Marra, will be released as a limited edition 2xLP in two truly lysergic color variants and digitally.

Grave Bathers will celebrate the release of »Rock ‘N’ Roll Fetish« with a near-three-week tour with War Cloud, Tower, False Gods, and more on select shows! See all confirmed dates below.

“Grave Bathers do an excellent job of controlling all of this chaos in ways that remind us of King Crimson but with, of course, a fair amount of sludge and dirty doom added into the mix. The end result is wild but expertly driven, aimed at a coruscating, furious type of rock that’s delightful to hear.” — Heavy Blog Is Heavy

“Grave Bathers have made a statement with their debut full-length. Ambitious and electrifying, its retro charm alongside masterful musicianship fills the heart with utmost joy. Simply put, a breathtaking debut.” – Distorted Sound

“Like King Crimson rising from the grave to jam with Matt Pike, Grave Bathers is here to sludge your day up real good.” — Metal Injection