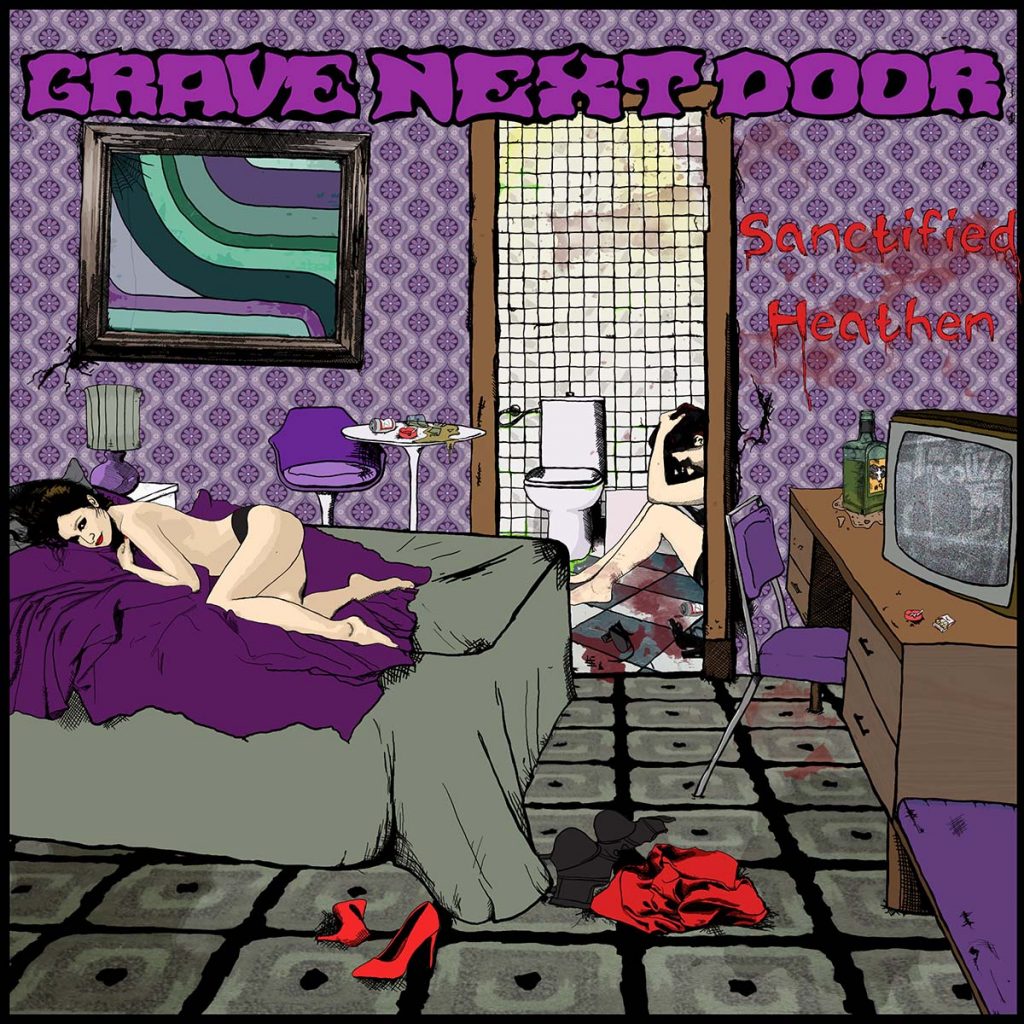 Stoner metal band Grave Next Door are streaming the entirety of their new album »Sanctified Heathen« over at The Ripple Effect. The album will be released on CC and digital formats tomorrow via Black Doomba Records.

Formed back in 2018 by brothers Patrick and Anthony Salerno, and aptly named after the graveyard situated next to their home, Grave Next Door delves into the dark and macabre. Drawing from the iconic sounds of Black Sabbath, Black Flag and even Cream, all blended with the trio’s individual edge. »Sanctified Heathen« sees the band deliver brutally heavy distortion, doom grooves and powerful vocals. A morbid exploration awaits with lyrical themes of addiction, mortality, war, and their own personal experiences seeping through the album. 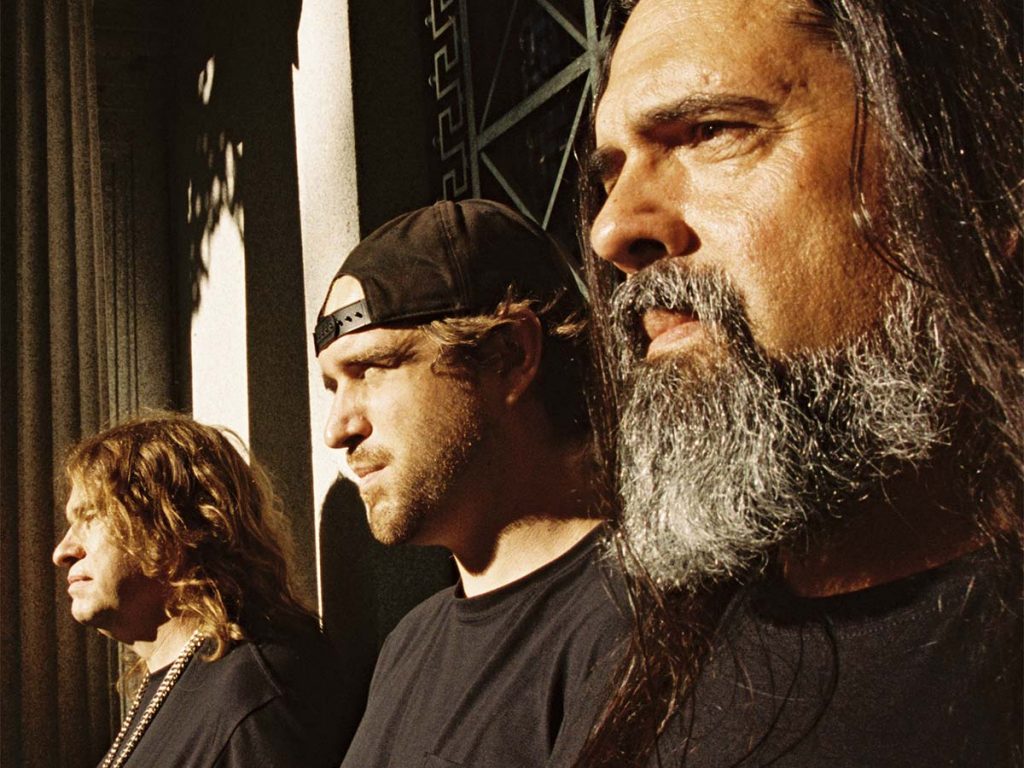