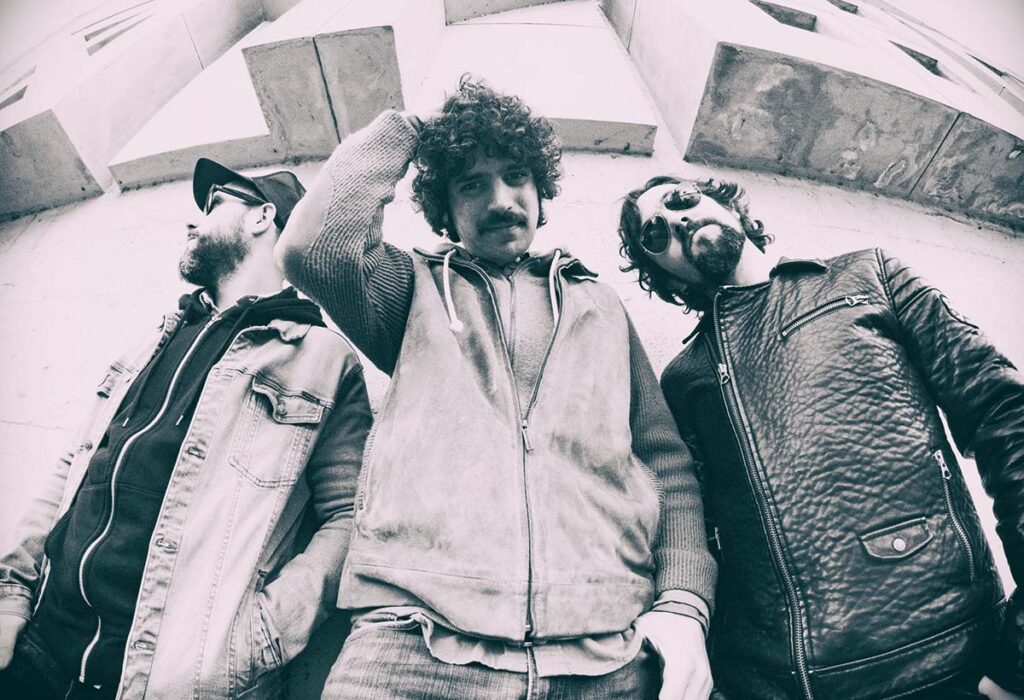 Spanish psychedelic blues rockers Green Desert Water share a music video for the track »Too Many Wizards« from their latest full-length album, »Black Harvest«, which was released on November 5th, 2021 via Small Stone Records and Kozmik Artifactz.

Inarguably Green Desert Water’s most cohesive, classic, and vibe-ready work yet, the follow-up to 2018’s critically lauded Solar Plexus is a sonic cauldron of heavy blues, psychedelia, and weighted riffery. Fans of La Chinga, Captain Beyond, Lord Fowl, Black Elephant, and the like pay heed.

With the »Too Many Wizards« premiere, The Obelisk affirms of the band’s output, “In their ’70s-meets’90s riff-driven heavy blues vibe, they are the quintessential Small Stone act…”

Green Desert Water’s »Black Harvest« features a guest appearance by Wo Fat’s own Kent Stump on its title-track. It serves is a fitting centerpiece rife with AC/DC vs. Sabbath vitality, following behind the opening salvo of »Sacred Tree« and »Dead Sacred Tree«, which set a tone figuratively and literally for what follows with a focus on melody and songwriting. The catchy »Too Many Wizards« could easily be a state-of-the-union for the heavy rock underground; tempos no less comfortable careening than they are crashing, and a classic sensibility filtered through modern production that leaves the songs full and engaging for the ficklest of attention spans. Later, to be snared by »Shelter Of Guru« is to take a ride in a traditionalist caravan, and both journey and destination satisfy ahead of the capper boogie in »Soul Blind«. Rest assured, you’re about to spend thirty-eight minutes in the presence of masters. Roll with it and be glad you did.