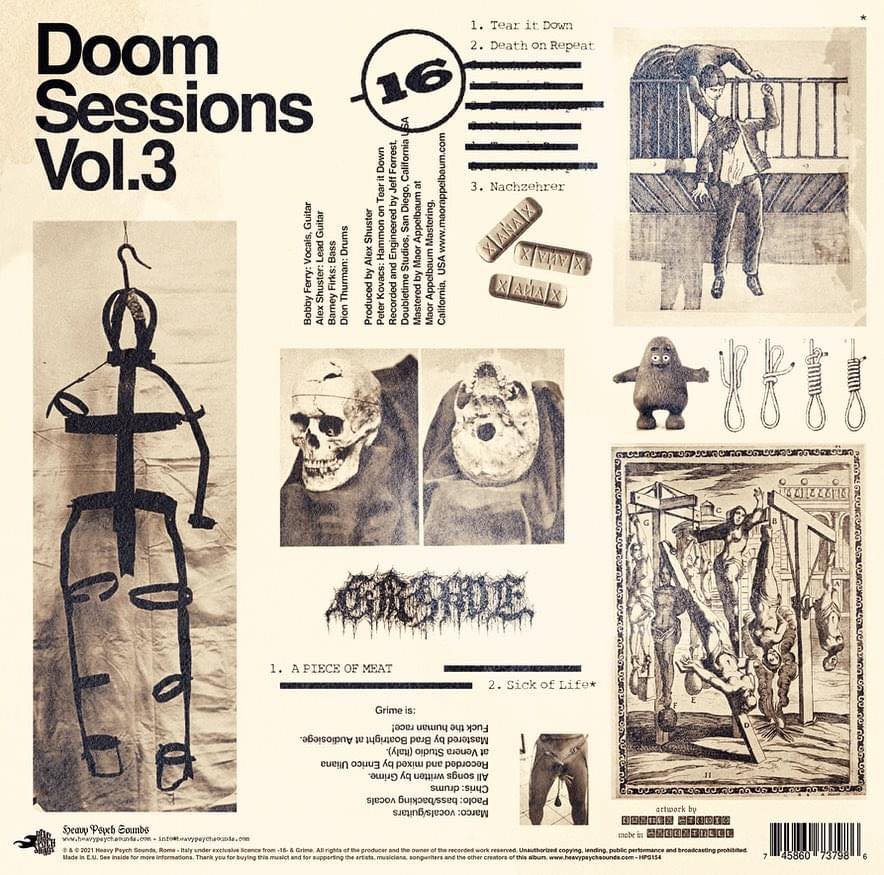 Italian sludgers Grime unveil the second single »A Piece Of Meat« taken from their upcoming split release with US sludge legends -(16)-, »Doom Sessions Vol. 3«, out on February 26th, 2021 via Heavy Psych Souds Records.

Vocalist/guitarist Marco comments: “This song is inspired by »Conspiracy Against the Human Race« by Thomas Ligotti. The concept behind the lyrics is that us humans are not so special, we’re just a strange kind of defective monkeys and our defect is highly developed consciousness: a curse that forces us to give sense to our lives to find a purpose in our existence but that’s just a trick played on us by our wrongly wired brain. There’s no purpose in life, the only ones are to live and to die but we try to bend Nature and the Universe to our will instead of living in accordance with them because we are wrong creatures.

Musically we believe it represents an evolution in our songwriting, it’s a bit more elaborate compared to our previous works. Chris unleashed the beast on double kick, me and Paolo tried to put more dynamics on the vocals and harshened our guitar and bass sounds to push it to the extreme. It is still Grime but with a new twist and we hope people like it.”

Hailing from Trieste, Italy, Grime channel the essence of sludge and doom metal into an ugly, vitriolic, black cacophony. They will leave you with a sick and unsettling feeling deep in the recesses of your stomach, yet you will be unable to suppress the desire to bang your head into oblivion.

Heavy Psych Sounds is really proud to announce a brand new series of split albums that will be called »Doom Sessions«.

We are going to release a bunch of compilations with doom bands from Heavy Psych Sounds roster featuring some of the heaviest bands of the world doom scene. Each volume will host two bands.

This record you are holding is Vol. 3 – a split album between the US “Relapse Records” legendary sludge-hardcore riffers -(16)- and the Italian heavy sludge band Grime.

All the tracks are new and never released before.
Almost half an hour of angry and aggressive heavy doom and sludge riffs!!!
Awesome artwork by the mighty Branca Studio. 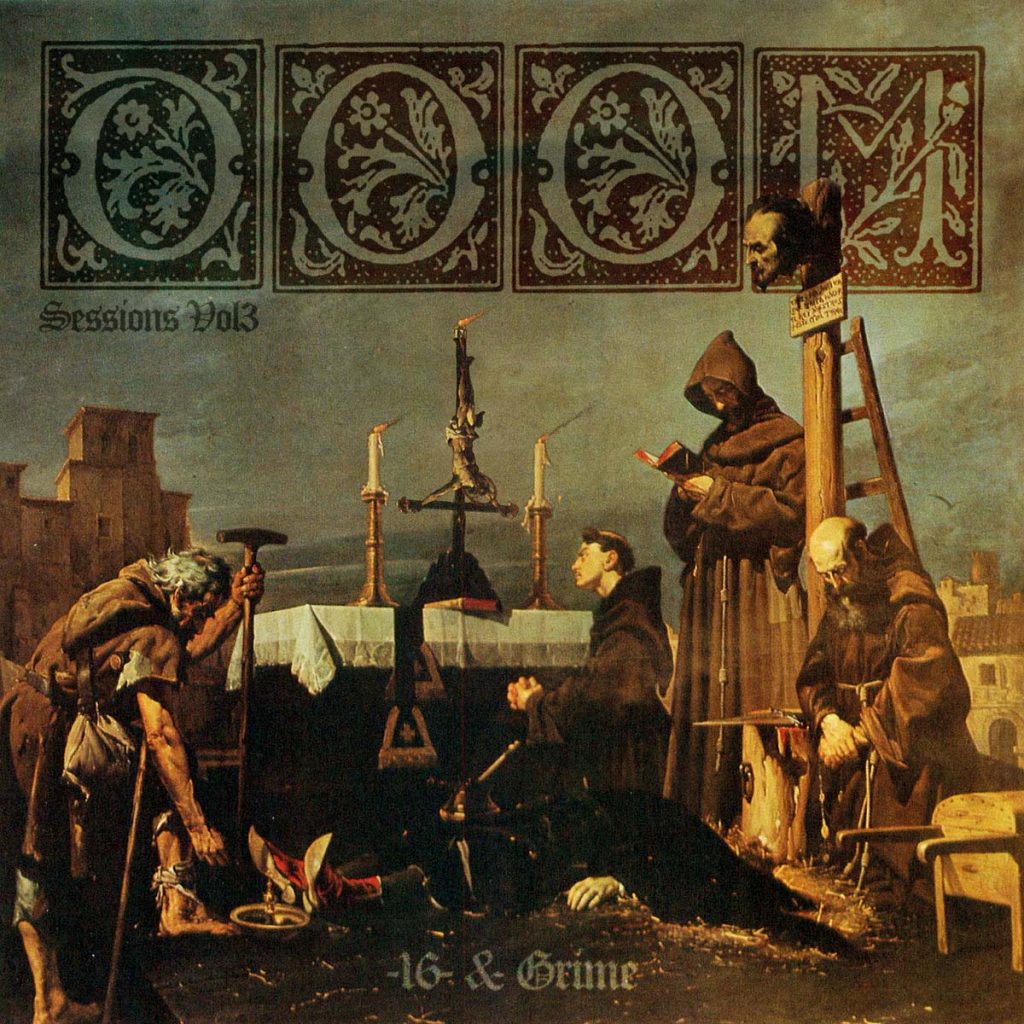