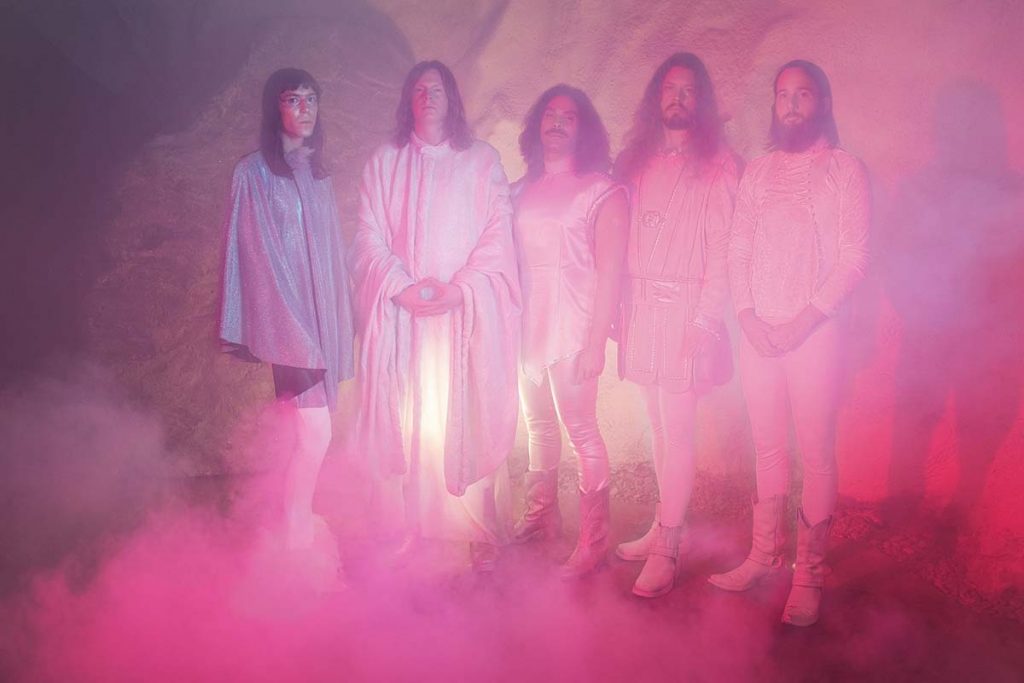 Hällas travels back to the roots of heavy metal when hard rock told huge stories about heroes, villians and far away places. The band has adopted the progressive sound from their earlier release and their unique way of creating a powerful, catchy, yet complex sound and taken it a step further, calling their genre »adventure rock«. They flexes their sonic muscles amid massive soundscapes and spacey 70’s rock riffs, channeling influences ranging from Pink Floyd to The Devil’s Blood.

Two years after the release of their highly esteemed album, »Exerpts From A Future Past«, Swedish Adventure Rock quintet Hällas sprinkle some magic dust with »Conundrum«, the final installment of their mysterious trilogy.

Dark retro rock with a dash of mystery successfully invites its listeners for a cosmic ride through a parallel world. Somewhere between the open spaces of hidden soundscapes and straight-up 70’s rock riffs, the sonic maze of Conundrum draws you out of the everyday life. Hällas evokes a bizarre world that reveals a magnificent reincarnation of progressive art rock, psychedelic and folk in its most authentic way.

The opening track »Ascencion« beguiles with rising atmospheric synth spheres and leads its listener directly to the clutches of »Beyond Night And Day«. Strong 70’s rock vibes merging with psychedelic sounds simultaneously reflects the soundscape of the track and »Conundrum« itself. Heavy rock riffs enhanced with synthesizer melodies and carefully refined progressive licks define »Tear Of A Traitor«. Followed by the hymn »Carry On«, these overwhelming songs truly highlight the album.

Once you start listening, »Conundrum« floods your senses, ingests your mind and draws you deep into a psychedelic sonic adventure rock labyrinth from which you cannot escape.