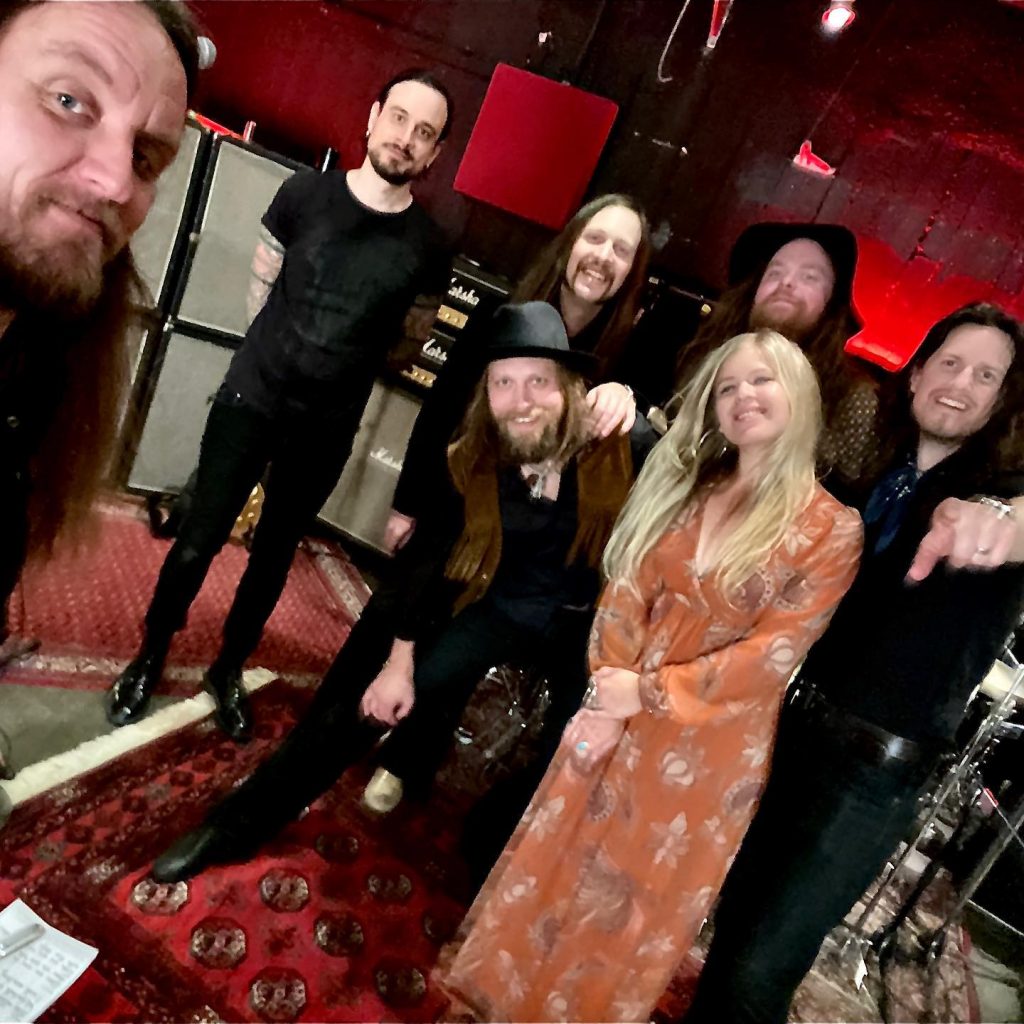 Swedish heavy rock band Heavy Feather share live studio preformance videos for the tracks »Too Many Times« and »Asking In Need« from their streaming concert on May 30th, 2021. Recorded live at Mälarhöjden Social Club, Stockholm, Sweden by No Regrets Fonogram.

Both songs are included on their new full-length album, »Mountain Of Sugar«, out on April 9th, 2021 via The Sign Records.

»Mountain Of Sugar« was released April 9th, 2021 on vinyl, CD, and digital formats via The Sign Records.