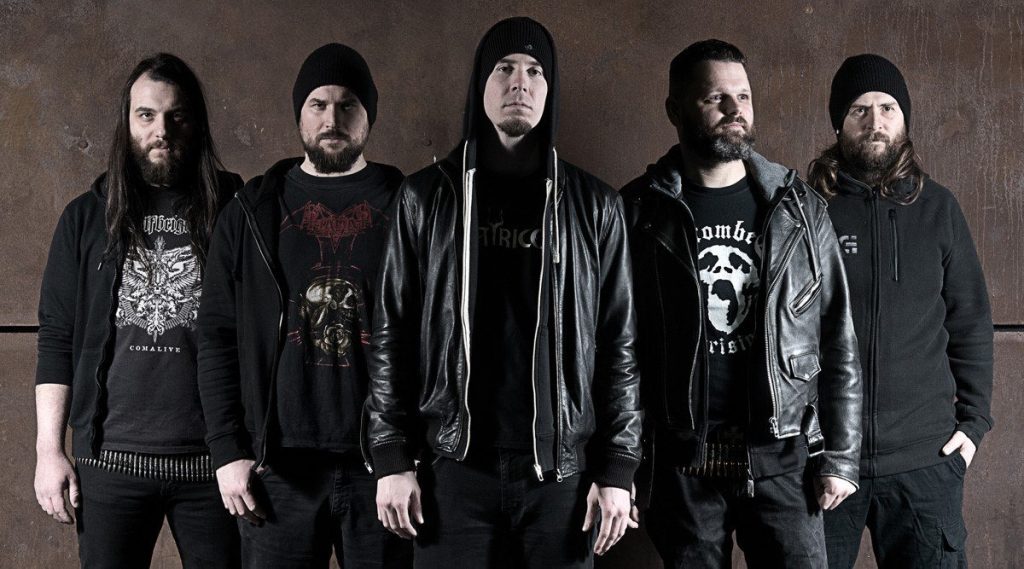 Dwelling among the debris of the whore capital of Western Slovenia, Hellcrawler are a bunch of cynical wasteland denizens who found unsavory panacea in the symbiosis of punk violence, stoner atmosphere and heavy riffage. Their soundtrack to the demise of humankind is a motorized assault of old school death metal and d-beat which reflects their major source of inspiration, the decaying aesthetic of post apocalyptic and grindhouse cinematography. Beginning in 2010, the outfit saw their first conceptual release, »Wastelands«, in 2011 on Hollow Earth Records.

After many fierce fights against postnuclear zombies, several painful losses and still longing for a better world, the reinforced crawlers returned to the battlefield in 2014, stronger than ever, together with their fellows from “down under” named Wölfe, presenting you »The End Of Humanity«. A manifesto on vinyl declaring war against this corrupted humanity and its decadent derivatives.

The band finally re-entered the Thunderdome Studios in October 2015 and recorded a new conceptual album entitled »Sandstorm Chronicles«, a tribute to the HM-2 inspired old school swedish death metal, yet the crawlers have added new unexpected elements to their compositions and not followed the revival trend. This newest creation, released in May 2016 via On Parole Productions, is another post apocalyptic journey through ruins & deserts, facing own fears and surreal situations to find inner peace. Or is it?

For fans of Entombed, Disfear, Dismember, Trap Them, early Carcass