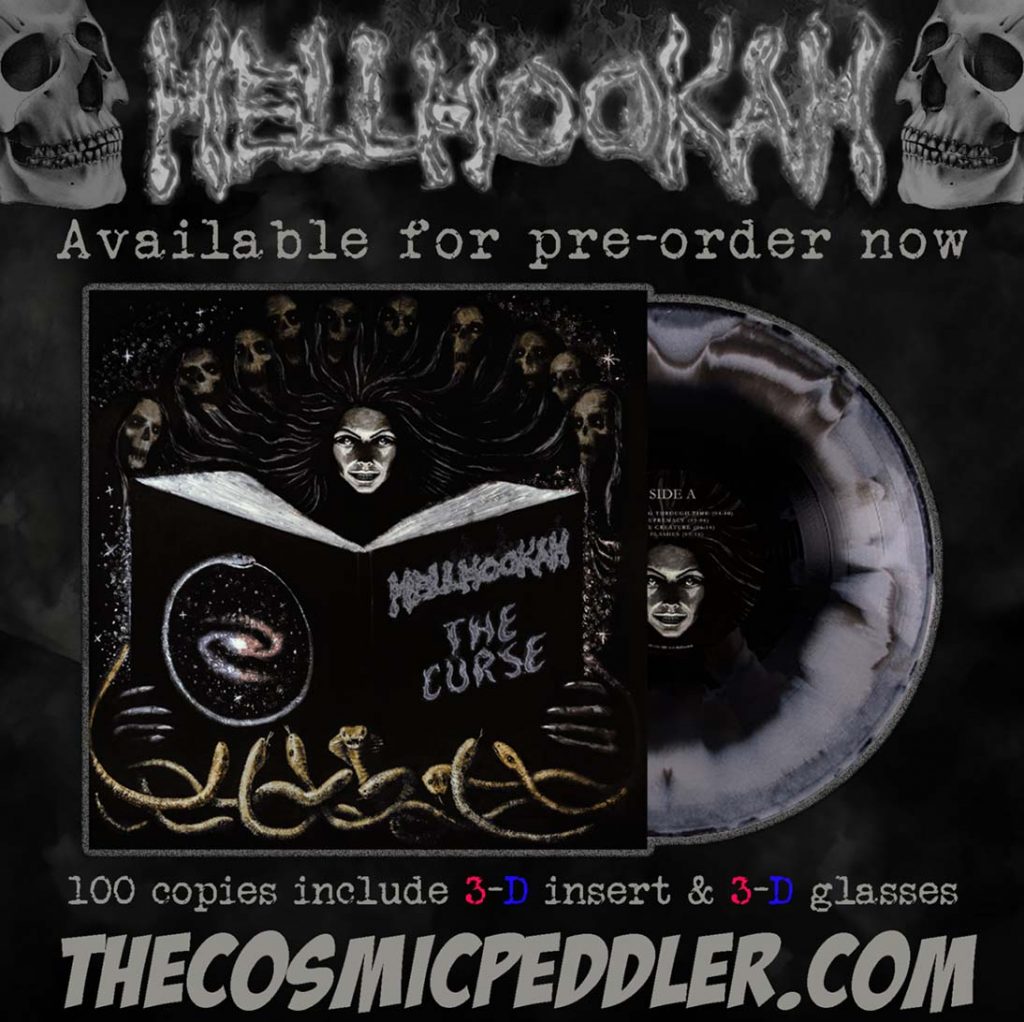 »The Curse« was originally released on CD and digitally on April 17th, 2020 by the band.

Hellhookah is a Lithuanian two-piece doom band formed in 2012 by Arnas (guitars/vocals) and Gintarė (drums). After almost two years of practice, Hellhookah started performing at live events in January of 2014. In 2016, Hellhookah released their debut album, »Endless Serpents«, on compact disk and vinyl record. Since 2016 the band has played numerous live shows and festivals in over 17 European countries. On April 17th, 2020, Hellhookah released their second album »The Curse« on compact disk and on digital download and has since been picked up for distribution on vinyl LP by Olde Magick Records.

Album Biography:
Hellhookah’s new album »The Curse« is a slightly deeper and darker album both musically and conceptually, compared to earlier pieces. Much like Black Sabbath, there are no happy songs on »The Curse«, where the music is more dark and damned. Lyrical themes refer to existential problems while occasionally looking from a global perspective, as in the song Greed and Power. The album flows with references to war, mass destruction, poverty, slavery, and social inequality, as never-ending global problems reflected as endless cycles repeating themselves historically and naturally. These referenced endless cycles lead to the idea of »The Curse«, which through terrifying visions brings us back to the starting point of exploring our destiny, nature, and consciousness.