Seattle atmospheric sludge three-piece Helms Alee share a music video for the second and final single »Tripping Up The Stairs« taken from their upcoming album, »Keep This Be The Way«, out on April 29th, 2022 via Sargent House.

Helms Alee have serially mastered several hardcore crafts, expertly attacking a new style on each record they’ve put out. Last month, with the release of »See Sights Smell Smells«, the Washington three-piece announced their sixth studio LP, »Keep This Be The Way«, arriving April 29 via Sargent House. Today, they’ve shared the album’s second and final single, »Tripping Up The Stairs«.

Like the previous track, the new song is a hybrid beast, this time mixing elements of post-punk, stoner rock, and sludge into a sonic stew in which each element manages to retain its potency. »Keep This Be The Way« is their first self-recorded project, and this autonomy brought new possibilities for the band, allowing them to expand their already slippery identity. 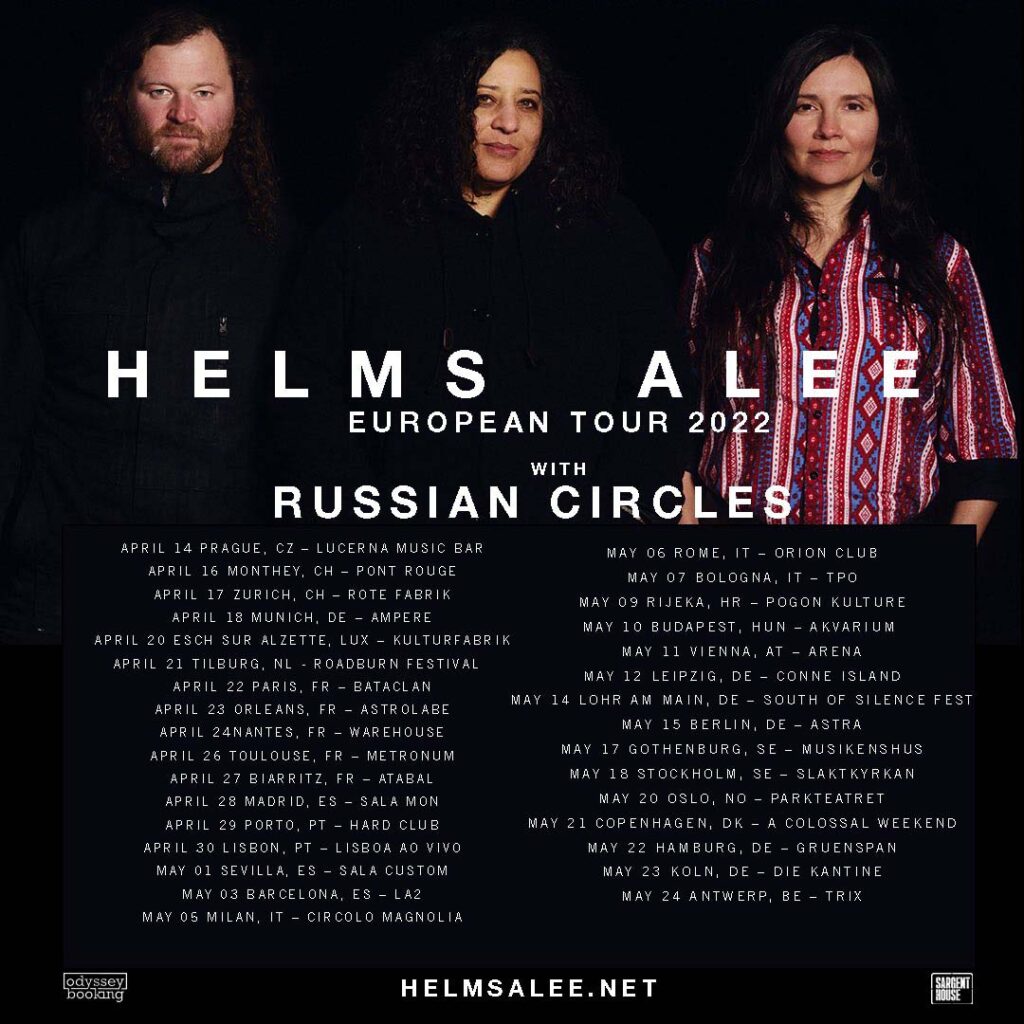 All songs written by Helms Alee except Big Louise, written by Scott Walker (Noel Scott Engel).
Recorded and mixed by Helms Alee at Verellen Amplifiers under quarantine Summer/Fall 2020.
Cello on »How Party Do You Hard?« and »Middle Half« by Lori Goldston.
Saxophone on »See Sights Smell Smells« by Joel Cuplin.
Keys on »How Party Do You Hard?« by Ron Harrell.
Assistant Engineer Ron Harrell.
Mastered by Chris Common.