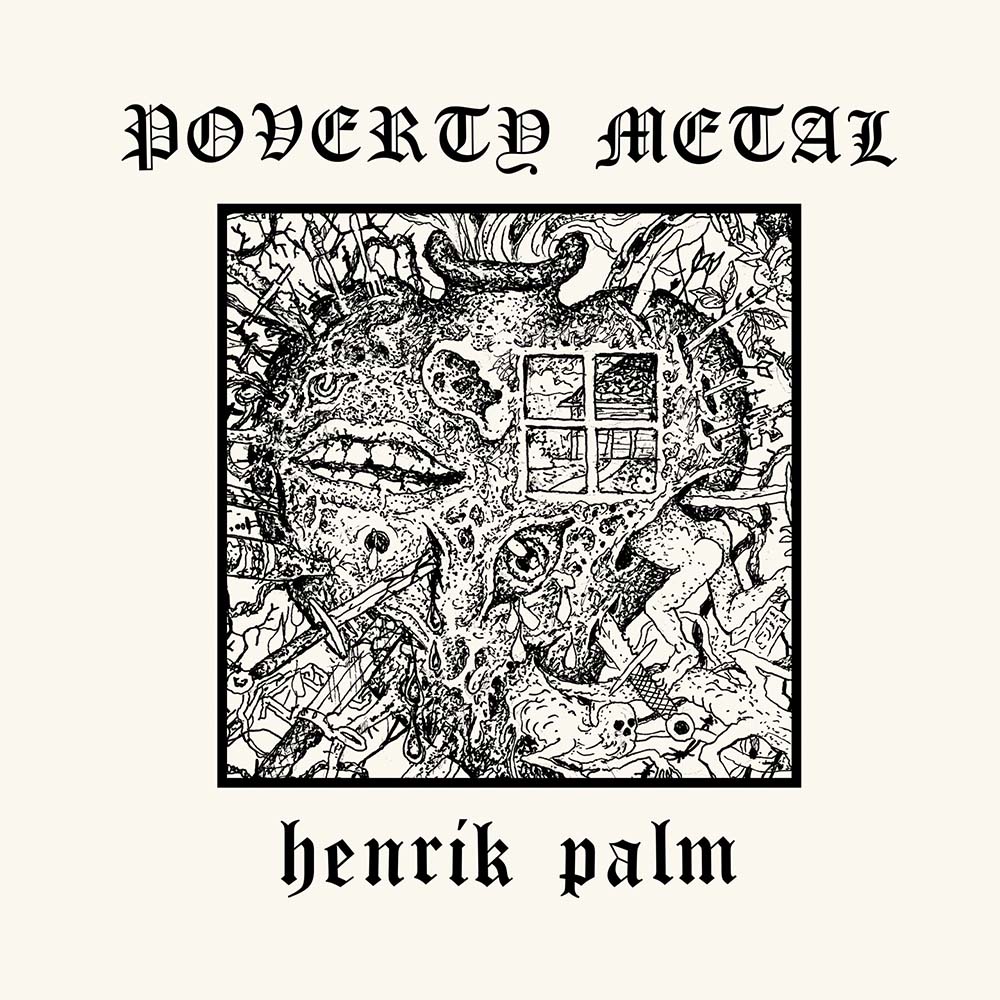 “Black is the night, POVERTY METAL we fight, power amps set to explode!!!”

Svart Records is proud to ink a deal with Henrik Palm! We will release Henrik Palm’s new album »Poverty Metal« during fall 2020 along with a reissue of his critically acclaimed debut album »Many Days«.

From his work with an almost limitless multitude of acts, such as In Solitude’s renewal of heavy metal, his stint in Ghost, darlings of the underrated underground: Pig Eyes, prog-rock grandmasters Gösta Berlings Saga, punk veterans Isotope Soap and experimental weirdos Södra Sverige, Henrik Palm is a post-punk, heavy-pop, sonic contortionist of the finest order. From being hand-picked for Tomas Lindberg’s (At The Gates) curated Roadburn Festival performance to opening for acts like Voivod, Henrik Palm has been blowing all of us away for good a while now. Everything we’re looking for in a fresh and modern genre-clash, Henrik’s music is catchy, well-crafted, beautiful and ugly in the same intense and challenging moment. Impossible to define, Henrik Palm fits Svart’s groundbreaking roster perfectly.

Tomi Pulkki from Svart says: “What Henrik Palm creates with his songs is a rare explosion of outlandish rock that we’re really excited to present to a wider world. It’s not often that an artist can have us dancing to Voivoidian discordant riffs and prog excursions with that Swedish knack for a well-crafted song. We’re getting ready to administer »Poverty Metal« to the masses.”