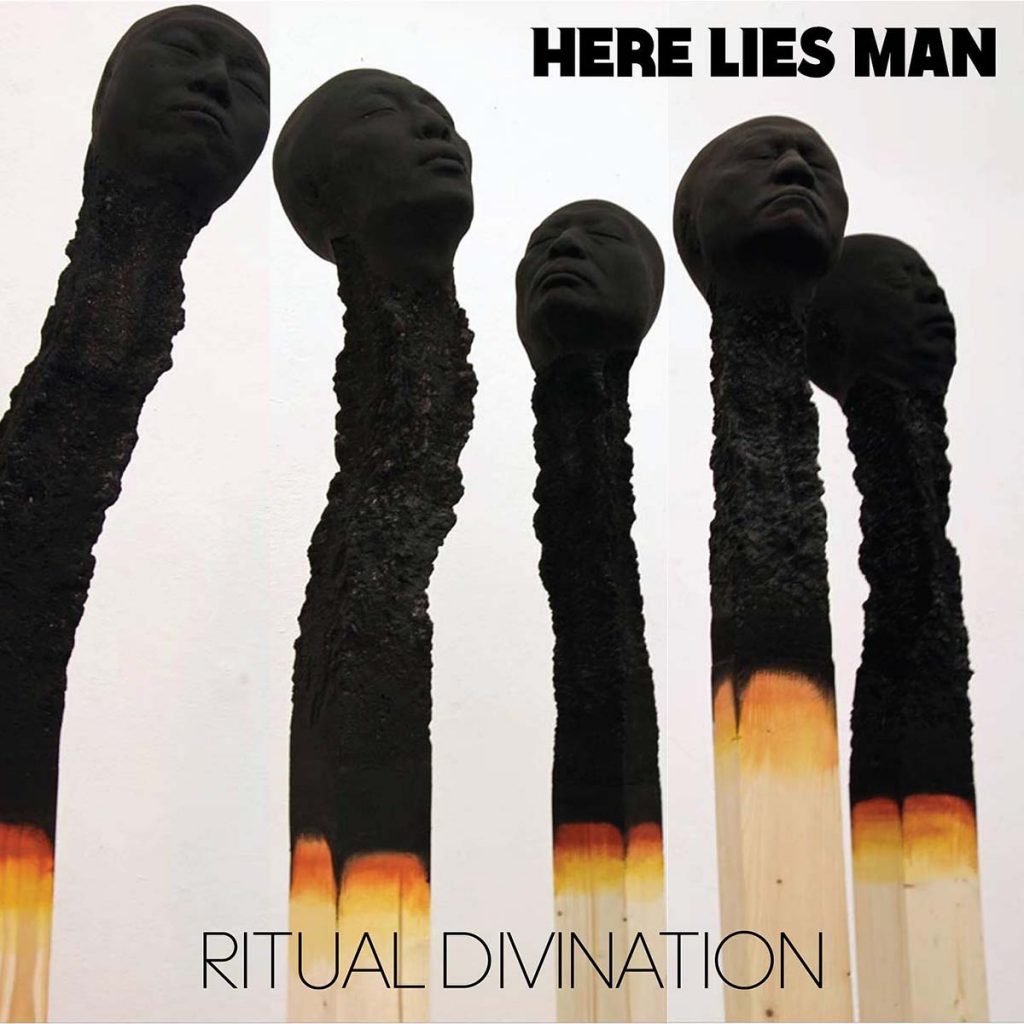 Four albums in, the convenient and generalized catchphrase for Here Lies Man’s erudite sound – if Black Sabbath played Afrobeat – might seem a little played out. But »Ritual Divination« is perhaps the best rendering of the idea so far. Particularly on the Sabbath side of the equation: The guitars are heavier and more blues based than before, but the ancient rhythmic formula of the clave remains a constant.

“Musically it’s an opening up more to traditional rock elements,” says vocalist/guitarist and cofounder Marcos Garcia, who also plays guitar in Antibalas. “It’s always been our intention to explore. And, as we travelled deeper into this musical landscape, new features revealed themselves.”

The L.A. based band comprised of Antibalas members have toured relentlessly following their breakout 2017 self-titled debut. Their second album, »You Will Know Nothing« and an EP, »Animal Noises«, both followed in 2018. Third album »No Ground To Walk Upon« emerged in August 2019. All of them were crafted by Garcia and cofounder/drummer Geoff Mann (former Antibalas drummer and son of jazz musician Herbie Mann) in their L.A. studio between tours. »Ritual Divination« is their first album recorded as the full 4-piece band, including bassist JP Maramba and keyboardist Doug Organ.

»Ritual Divination« continues with an ongoing concept of HLM playing the soundtrack to an imaginary movie, with each song being a scene. “It’s an inward psychedelic journey, the album is the trip,” Garcia says. “The intention and purpose of the music is to create a sonic ritual to lift the veil of inner space and divine the true nature of reality.” 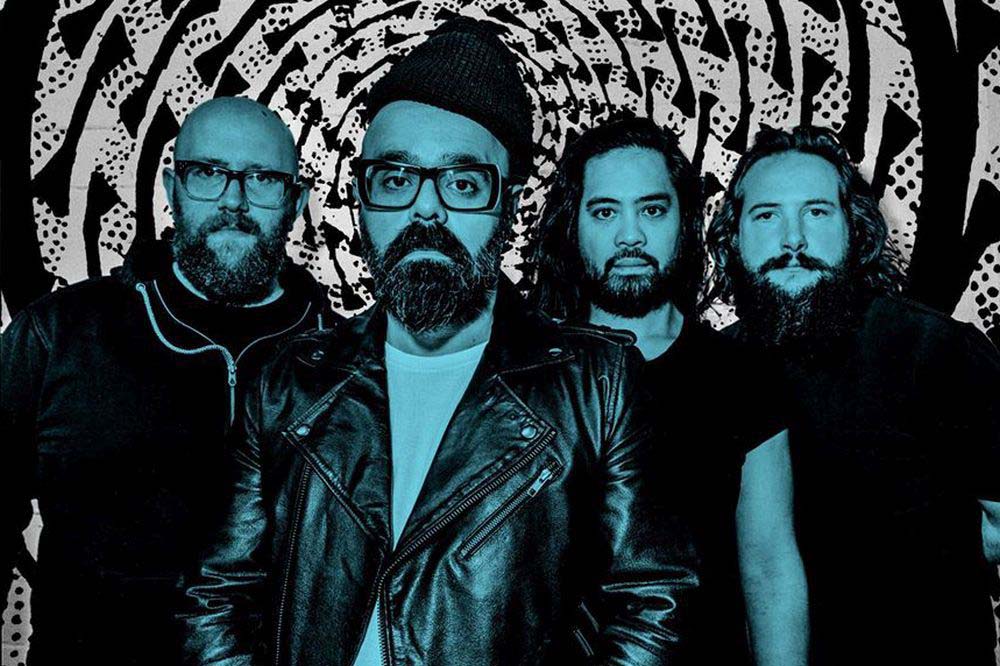 Likewise, musically and sonically, the album is self-reflexive. “On this album the feel changes within a song,” Garcia says. “Whereas before each song was meant to induce a trancelike state, now more of the songs have their own arc built in.” Similarly, the guitar sounds themselves herein eschew the fuzz pedals of previous recordings, going for the directness of pure amp overdrive and distortion using an interconnected rig of 4 amplifiers. And, here, the well-versed live band is able to record as a unit, giving it much more of a live and dynamic feel.

Rough Trade named the band’s self-titled debut in their prestigious Top 10 Albums of 2017. BBC 6 & Classic Rock Magazine deemed it among the year’s best, as well as countless other press outlets singing its praises. Each subsequent album furthered the band’s reputation for genre-smashing rhythmic experimentation, topping many year-end lists as well as earning features from countless metal and indie rock outlets, plus cover stories in weekly papers.

“We’re very conscious of how the rhythms service the riffs,” Garcia explains. “Tony Iommi’s (Black Sabbath) innovation was to make the riff the organizing principle of a song. We are taking that same approach but employing a different organizing principle: For Iommi it was the blues, for us it comes directly from Africa.”

»Ritual Divination« is available now on LP, CD and download via RidingEasy Records.