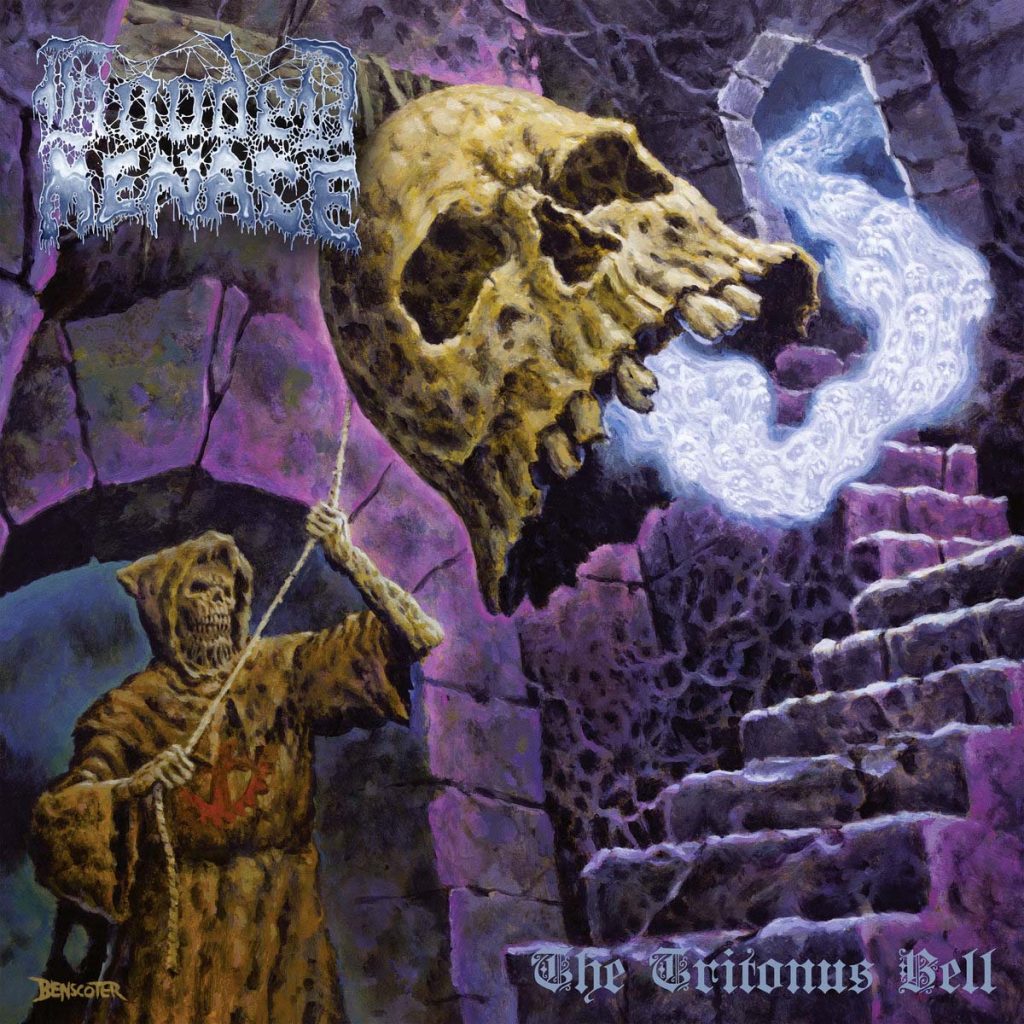 Finnish death/doom metal act Hooded Menace stream their sixth full-length album, »The Tritonus Bell«, which will be released this Friday, August 27th, 2021 via Season Of Mist.

Death doom outfit Hooded Menace are now streaming their entire new opus »The Tritonus Bell«! The soul destroying heaviness is scheduled for world-wide release on August 27th, 2021 via Season Of Mist but can already be listened to in full HERE.

Guitarist Lasse Pyykkö comments on the stream: “We’re totally excited to announce our new album, »The Tritonus Bell« is available for streaming in full! We’ve been dying to let people hear the whole thing, because we feel like we absolutely upped our game with this one.”

With the immaculate songwriting skills and the perfect balance between harsh death metal fueled outbursts and exquisite melodic melancholy, Hooded Menace unleash skeletal horror and somber despair onto their craving audience with »The Tritonus Bell«!

Hooded Menace were formed in Joensuu, Finland in 2007 by guitarist Lasse Pyykkö, who had also performed in the Finnish cult death metal band Phlegethon. The band has always avowed to the strong influence by early Candlemass and Cathedral as well as Paradise Lost, Autopsy, Asphyx, and Winter. Their lyrics are often inspired by the classic 1970’s Spanish horror movie series »The Blind Dead«. 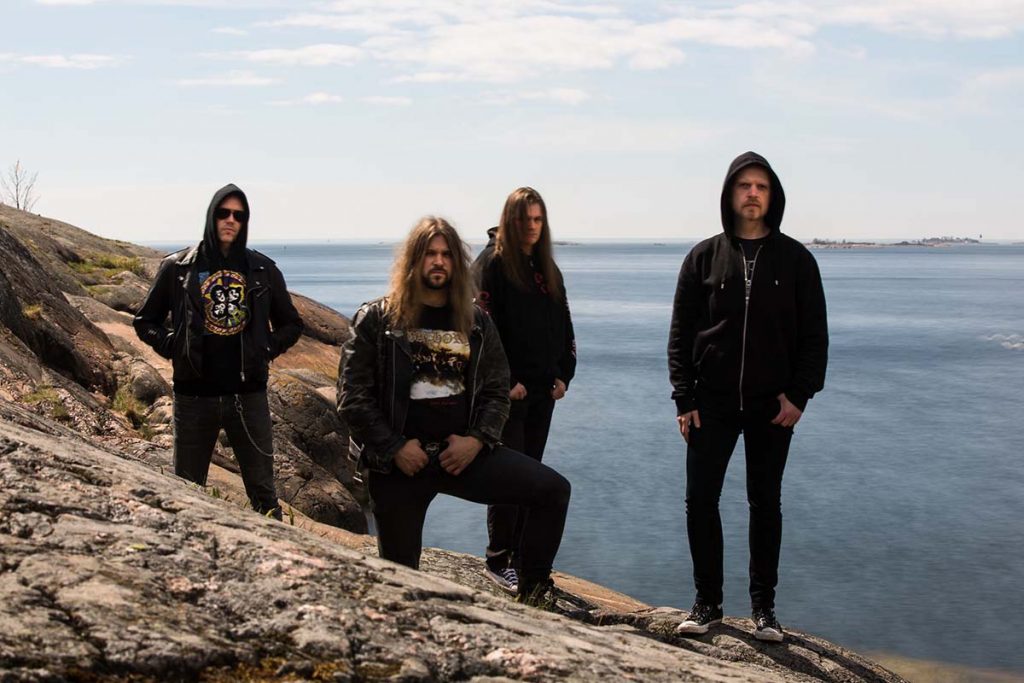 Hooded Menace recorded a 2-track demo, »The Eyeless Horde« in 2007, which was released on 7″ the following year. Their debut album »Fulfill The Curse« was released in 2008 and the highly acclaimed sophomore full-length »Never Cross The Dead« came out in 2010. With a penchant for classic vinyl, the Finns also released several split singles and EP’s, for example with Asphyx and Coffins, before delivering their full lengths »Effigies Of Evil« (2012) and »Darkness Drips Forth« (2015). Hooded Menace remained in a highly creative mode during their latest full length »Ossuarium Silhouettes Unhallowed« which was released in 2018 via Season Of Mist.

Throughout the years, Hooded Menace toured in Europe and North America, and performed at many major metal festivals such as Hellfest, Roadburn, Maryland Deathfest, Tuska, and Party San Open Air among others.

With their upcoming sixth album »The Tritonus Bell«, Hooded Menace threw in more classic 80’s Heavy Metal influences, such as King Diamond and Mercyful Fate, resulting to the most up tempo (but never fast) Hooded Menace album with the catchiest song material to date!