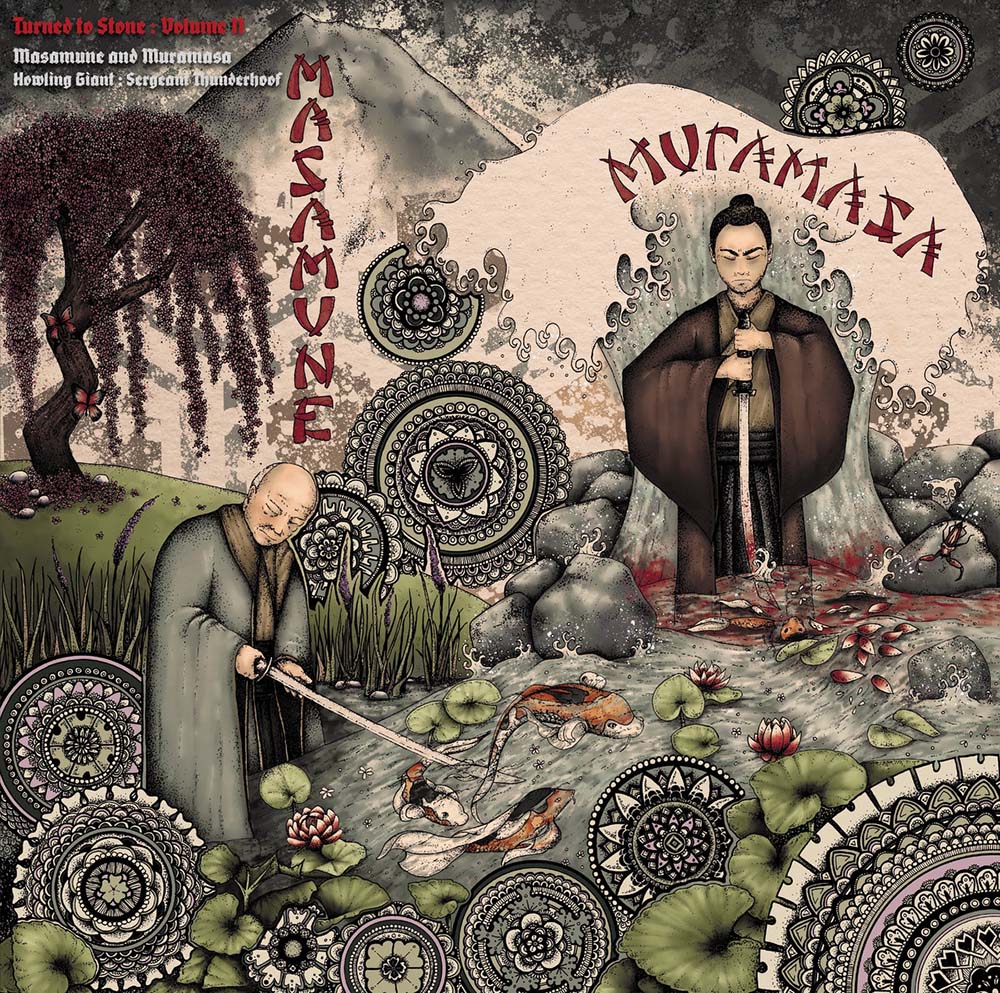 In the two pieces, »Muramasa« and »Masamune« have a contest to determine whose swordsmithery is superior: each crafting a blade of masterful quality and facing off by the edge of the river.

Instead of the typical approach with two bands contributing stand-alone sides of a record, Howling Giant and Sergeant Thunderhoof wanted to write an album that was thematically cohesive. Each side features a 20-minute song assembled via sharing of melodic ideas between the two bands during the writing process, and telling the story from the perspective of one of the sword smiths.

The result is a single piece of ambitious songcraft created by two riff-prog legends leaving another impressive mark on the heavy rock landscape.