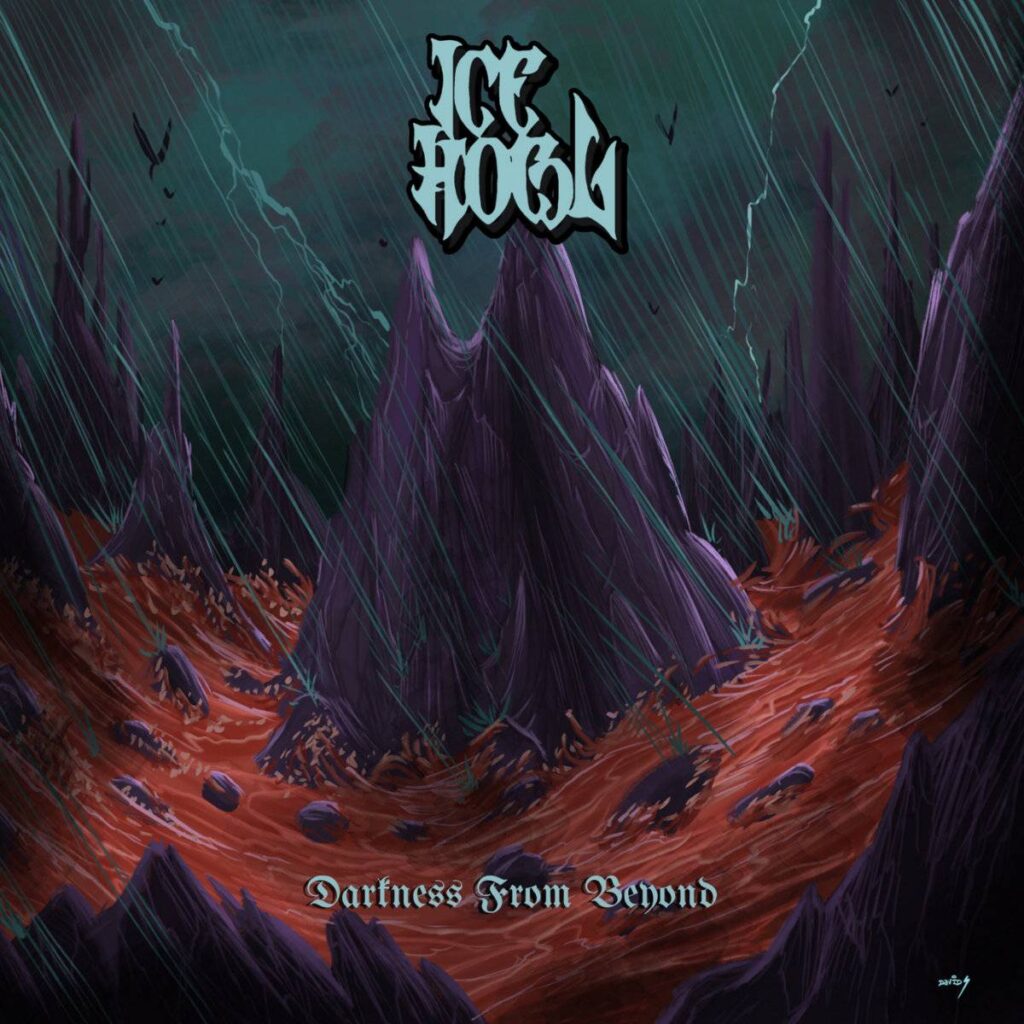 Imagine a castle atop a mountain with flame-lit torches overlooking a vast snowy landscape inhabited by warlords and creatures born from the darkest depths of hell. This imagery represents what the heavy power metal duo hopes to invoke in their listeners.

Ice Howl is a two-piece heavy power metal band that is prepping to unleash their third full-length record titled »Darkness From Beyond« on July 8th, 2022.

»Darkness From Beyond«’s theme is rooted in fictional tales of Fantasy and War. These songs will cast the listener into an ocean of blood formed by the clashing of steel and the sound of pounding drums and epic guitar leads. Catchy vocal choruses will captivate your senses and replenish your health flask to aid you in taking on the most difficult of bosses.

Ice Howl was formed in 2015 by Jason Roach under the former name Tundra Vibrations. The band to date has released 2 full-length albums and 4 Eps. Most of the releases have made it onto Bandcamp’s bestseller multiple times since their release. In September of 2021, Sean Davidson joined the band to take on the role of a second guitarist. »Darkness From Beyond« will be his first album with the band.