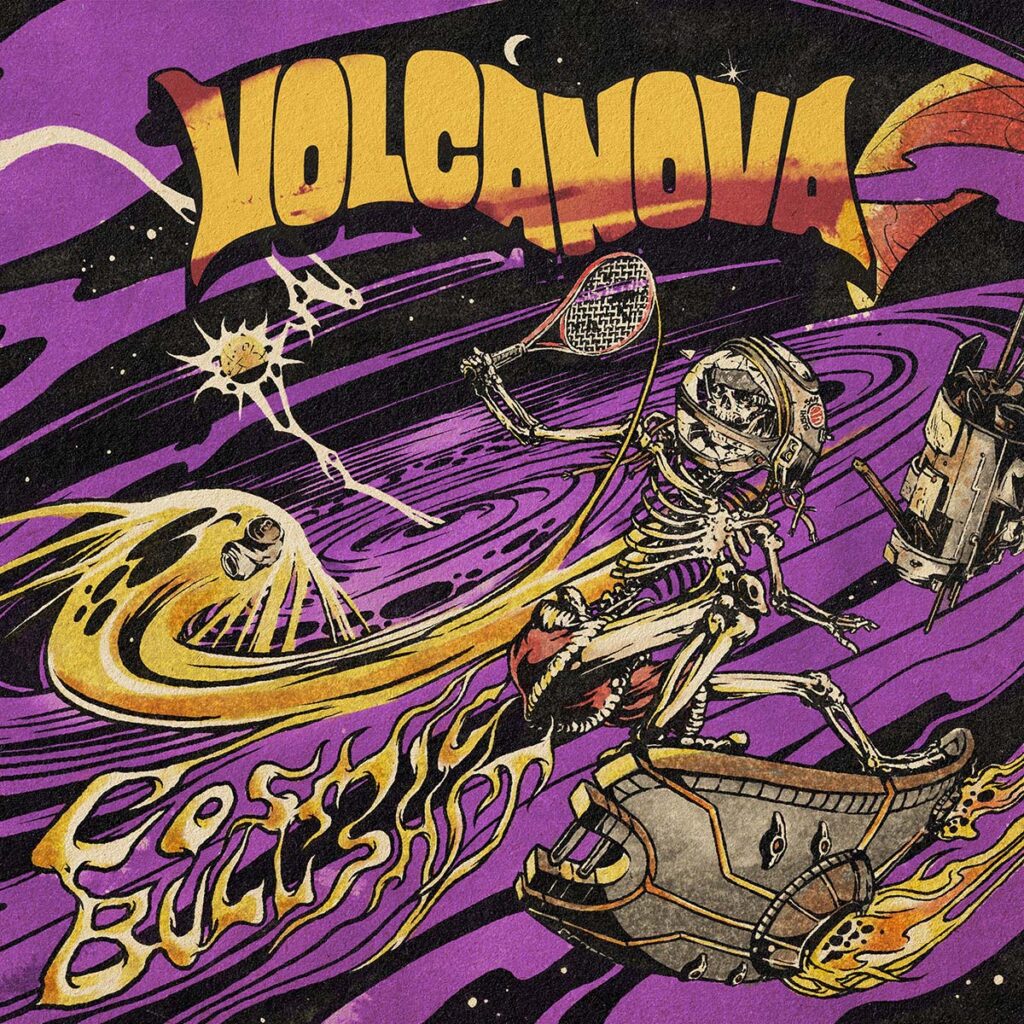 Recorded between August 10th and 4th of September 2021.
Recorded, produced and mixed by Helgi Durhuus at Studio Helviti in Reykjavik.
Mastered by Esben Willems at Studio Berserk in Gothenburg.
Album artwork, layout and lyric insert art by Skadvaldur.

»Cosmic Bullshit« revisits the vibes of Volcanova’s debut album while showing a new dimension of the band’s sound. A fine collection of fuzz straight from the glacier-covered snow desert of Iceland. Heavy, melodic riffs, thundering bass lines, and tight, punchy drums lay the foundation for huge, thick soundscapes. The band’s three vocalists all contribute to massive sounding harmonies and interesting vocal arrangements, rarely found in the stoner rock- genre. All performed with a palpable live-rock energy. 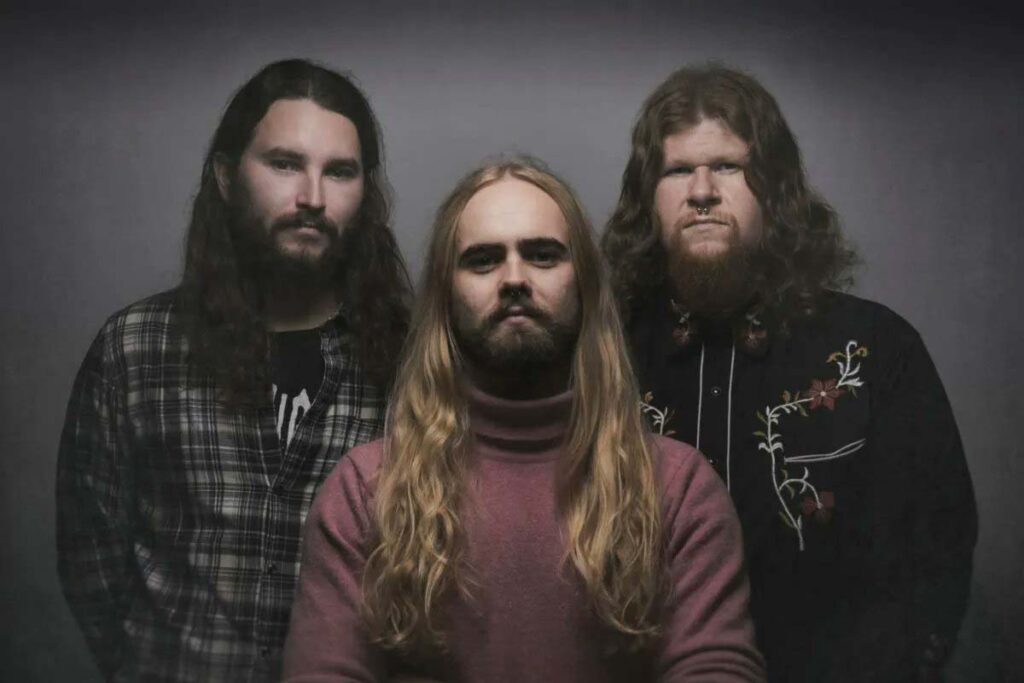 The new EP was recorded and mixed in Reykjavik at Studio Helviti by Helgi Durhuus, and mastered by Esben Willems at Studio Berserk in Gothenburg. The artwork was done by Skadvaldur.

»Cosmic Bullshit« is out now on 12” vinyl, CD, and all streaming platforms. The EP is released on The Sign Records.