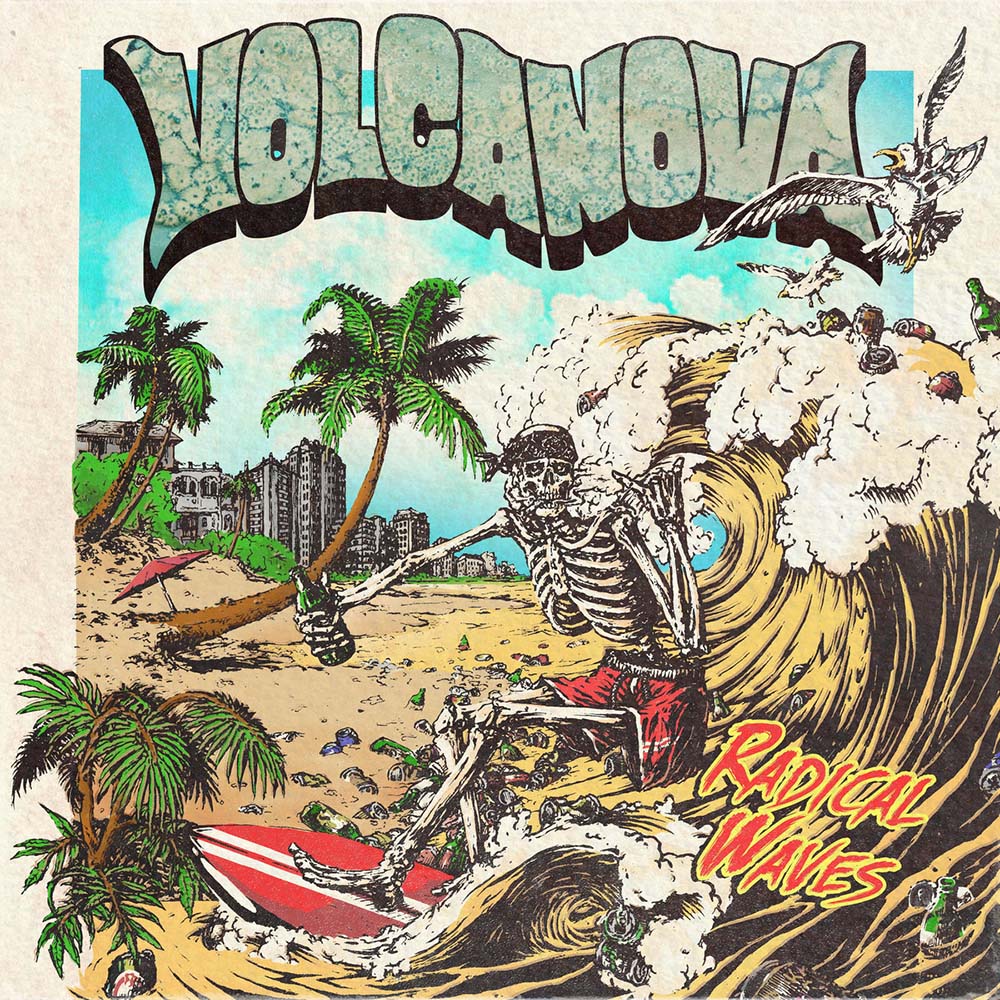 In an alternate reality where Kyuss was born in the barren, volcanic landscape of Iceland, emerges the unholy trio Volcanova. With members hailing from three corners of this unique island of lava fields, glaciers, and hot springs, Volcanova comes together to erupt a fresh take on desert rock.

Building on this style, the band pays homage to the crushing doom of Black Sabbath as well as progressive sludge in the vein of modern bands like Mastodon and Gojira. But wait, there’s more! Volcanova can turn seamlessly to thunderous fuzzy riffs in the style of Fu Manchu or somber moments akin to YOB — all coupled with an irreverent live show that’s straight out of a Red Fang video. There is never a dull moment with Volcanova.

Volcanova was founded in the summer of 2014 with principle song writer Samúel Ásgeirsson on guitar and vocals. After a few lineup changes, the band finally settled on a winning formula with Þorsteinn Árnason (Rock Paper Sisters) on bass and vocals and Dagur Atlason (Churchhouse Creepers) on drums and vocals.

The trio has an infectious groove and togetherness that’s bolstered by an ability to pull off three-part vocal harmonies, keeping audiences rocking and rolling. Uplifting moments with epic guitar solos are underpinned by headbanging bass grooves and complemented with a tasteful use of cowbell — because who doesn’t have that fever?

Having extensively toured their own country, playing Eistnaflug Festival and high profile support slots with Elder, Brain Police, Sólstafir, and the Vintage Caravan, the band has now set sights on trips abroad. Recently, they’ve converted the people of Scotland to their rock n roll cause on two different outings. Whether they’re in packed Glasgow venues, remote highlands pubs, or on the barren volcanic island they call home, Volcanova wins over audiences wherever they play.

Due out August 21st, 2020 via The Sign Records, Volcanova’s debut album »Radical Waves« will surely propel the band to new heights.