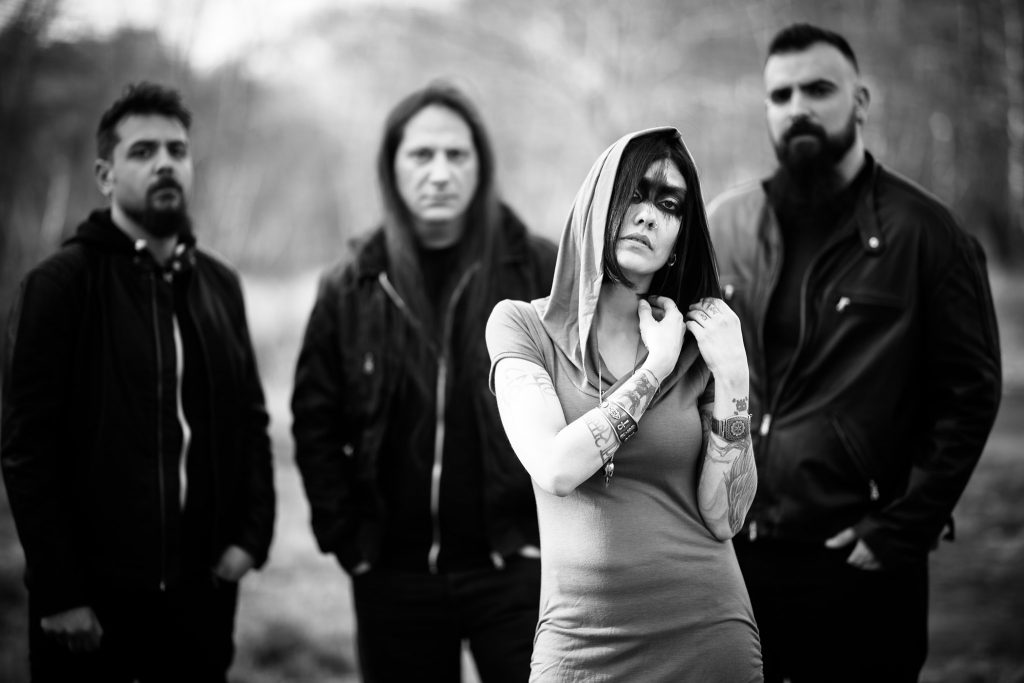 Italian gothic/doom metal band Inno premiere an animated music video for the track »The Last Sun« taken from their debut album, »The Rain Under«, released February 28, 2020 via Time To Kill Records.

The band comments: “Friends, it has been a while since we last shared news. Even if the last months have been really crazy and full of uncertainty, we’ve kept working on our craft and we are now super excited to reveal at last the next piece of our picture… get ready for something truly mesmerising and 200% Inno.

Time has come for us to unveil yet another piece of our universe. We are beyond proud to give you the videoclip of »The Last Sun«, taken from our album »The Rain Under«. For everyone here and now. While descend into the deep, mindful that all the ones we lost never really left. Enjoy. Share. Support us. We are forever grateful.”

Inno is a metal band based in Italy and the UK, formed in 2017. It was founded by four Italian metal veterans: Cristiano Trionfera (ex-Fleshgod Apocalypse), Giuseppe Orlando (ex-Novembre, The Foreshadowing, Airlines Of Terror), Marco Mastrobuono (Hour Of Penance, Coffin Birth) and Elisabetta Marchetti (ex-Stormlord, ex-Riti Occulti).

The aim of this project is to create something beautiful and new for its members, different from what they have been making for the past years. After spending a few months exploring their dormant influences, the four came to shape a dark, doomish, heavy and progressive sound coming from reminiscences such ad The Gathering, Katatonia, Amorphis, Porcupine Tree and even Muse and Tool (these last two more on a side).

The first album, entitled »The Last Sun«, was produced by the band and mixed by Marco Mastrobuono and Giuseppe Orlando in Rome. The mastering was handled by Danish acclaimed producer Jacob Hansen (Katatonia, Epica, Evergrey, Volbeat). The album contains nine original songs plus a cover of Pink Floyd’s song »High Hopes«.