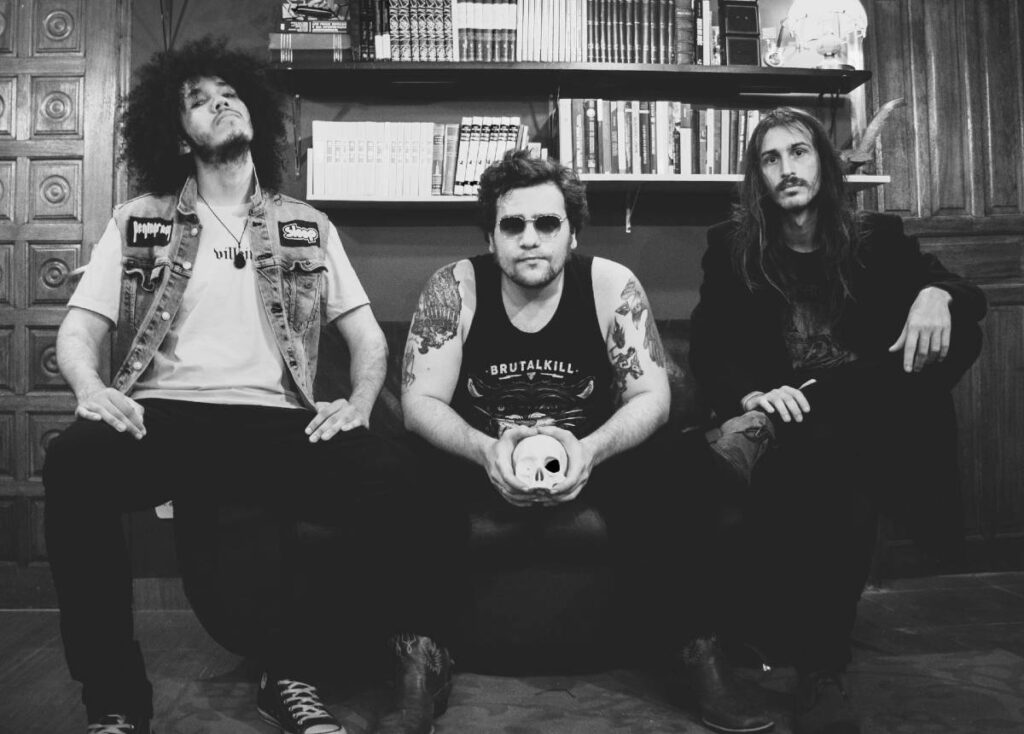 Ember Brick is an independent rock band from Brazil, who is exploring sounds from stoner rock to 60’s lisergia, with spoonfuls of 70’s British hard rock and grunge influences. Clear references to the sound and theme of Black Sabbath, Motörhead, Tool and Nirvana, the mix is promising.

The trio is formed by Marinaut on vocals and bass, Guz on the drums and Sinistro on guitars.

Since its first performance, late 2019, the band has come up to the stages of over 50 establishments, and over 10 cities, and did their final pre-pandemic performance in February 2020, at São Paulo.

Ember Brick have recently finished recording their first studio album »Smoke Some Bricks« with lots of definition and attitude, the record was recorded completely analogic, from mic to tape, without a computer in sight, by the analog wizard Lisciel, who is the owner, sound engineer and producer of the legendary Forest Lab Studios.

Regarding sonority and appeal, “It’s a kick in the face.”, guarantees Lisciel Franco. Definitely keep an ear out for this fresh, young and promising band.